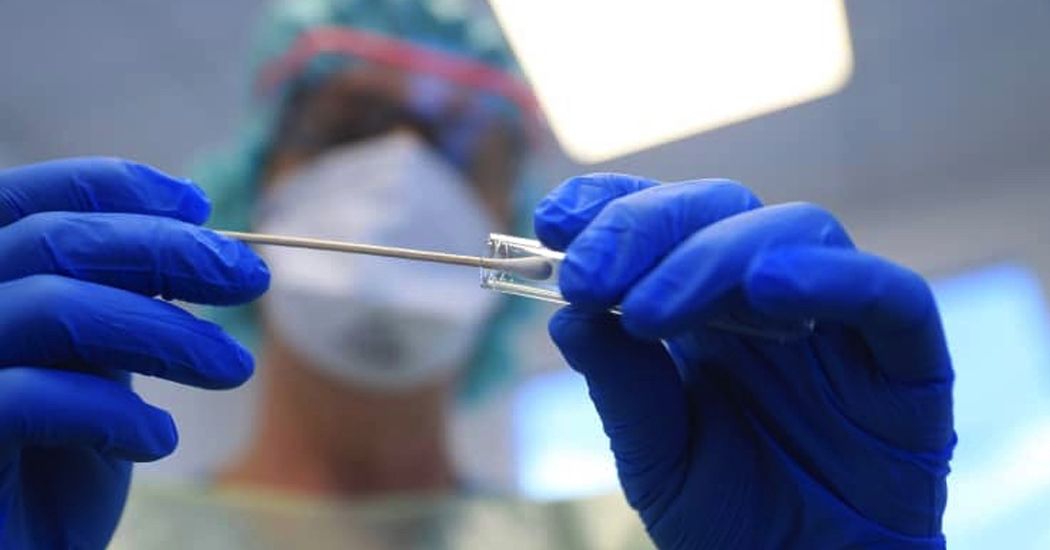 Updated: 7th January 2021 – This article was updated to note the change of location of the pop-up clinic. Testing has moved to the car park of the Clanree Hotel, Letterkenny.

A doctor who set up a private Covid-19 testing centre in Co Donegal has expressed surprise at the level of demand for the service.

Dr John Doherty of Medchecks.ie set up the drive-through testing centre in Letterkenny this morning.

Dr Doherty has said he is both surprised and also alarmed at both the demand and also the rate of Covid now in the community.

“We have carried out up to 50 tests within a three hour period this morning. I was actually surprised at how high the demand was for private tests.

“However, I also have to say that I was alarmed at the number of positive tests which we recorded,” he said.

The pop-up clinic has moved to the car park of the Clanree Hotel as of 7th January.

Referrals are not required and testing can be booked online at MedChecks.ie.

Dr Doherty said the demand for private testing shows the level of demand being put on the HSE and that he is happy to be able to assist in the provision of testing.

In relation to those who have tested positive at the private clinic, Dr Doherty stressed “In accordance with positive results we have advised people to book onto HSE system to be part of track and trace and to obey the guidelines of 10 day isolation period.”

Dr Doherty, who is a Consultant Anesthetist, said the issue for him will be to ensure that he gets more test kits so he can carry out further testing locally in Donegal.

He said he was also pleased that the local NowDoc service recommended his service to people who want a rapid test result.

He now plans to investigate sites so he can open another private pop-up clinic in the Buncrana area.

“I know people can drive to Letterkenny but Inishowen is a large area and we are planning to open up a testing centre in Buncrana shortly to cope with the demand for testing in that area,” he added.

As well as the demand for rapid turnaround testing, MedChecks also set up the centre to provide Fitness to Fly and Test to Release certification.

Dr Doherty added: “After Christmas, many people will be wanting that peace of mind. It’s sometimes difficult to get access to the HSE tests, the capacity is not there, but we’re willing to work in association with the HSE to address those issues.

“By offering more testing capacity throughout Northern Ireland and Donegal, we hope to inform the public more about whether they have or have had the virus, developed an immune response and, ultimately, help the country get back to normal.”

MedChecks testing will be led by senior qualified medical personnel and nursing staff. PCR testing services are being delivered through Randox Laboratories in Co. Antrim, while the Rapid Antigen test is CE-approved, with high specificity and high sensitivity.

The centre is set to open seven days per week. Details on pricing, booking and opening hours are available at JaceMedical.ie