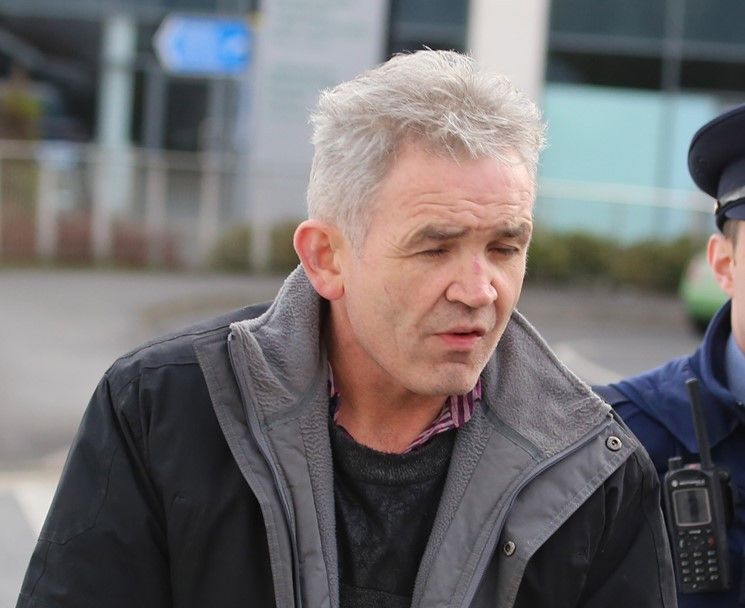 A DONEGAL man spat at Gardai, threw Budweiser bottles which narrowly missed a six-year-old girl and threw bowling balls at a Garda car in a series of bizarre incidents.

Brendan Boyle (55) with an address at Lower Main Street, Letterkenny, was before Letterkenny District Court on charges arising out of a number of incidents.

On April 16, 2020, Gardaí received a report of a male punching numerous vehicles. A number of of reports were made in relation to damage to vehicles. Earlier that day, Boyle threw three lawn bowling balls at a parked Garda car, one of which connected with the car.

After being arrested on April 16, Boyle continued his aggressive and abusive behaviour, the court heard. Boyle ripped open his shirt, threw coins on the floor and refused to walk to the cell. Boyle is said to have spat at Garda Farren before a spit guard was placed on the prisoner.

On April 23, at 1.37pm, Boyle was seen acting aggressively at Ballymacool Terrace. Gardaí spoke to Boyle, who called them ‘bastards’ and threatened to kill them. A member of the public reported that he had been walking with his six-year-old daughter and claimed Boyle threw two Budweiser bottles which narrowly missed the child’s head.

Later on April 23, Boyle was being brought from the District Court to a Garda patrol van when he became aggressive.

Boyle spat at Gardaí, with saliva landing on the chin and neck of Sergeant Gordon and the face of Garda Reilly. Boyle subsequently took off his belt, striking Garda Farren with it before kicking him on the shin.

Boyle is also charged with breaking a barring order at Errity, Manorcunningham on November 17, 2019 and stealing a set of Nissan car keys, valued at €250 from the same address. When interviewed, Boyle said he ‘threw the keys as far as I could’.

He is further charged with an incident on June 5, 2018 at Lower Main Street, Letterkenny, where Boyle accused staff at a shop of short-changing him. Boyle was escorted outside, where he proceeded to open a fizzy drink and threw the contents over a staff member, who he verbally abused.

Boyle spent 37 days in custody between April and May 2020.

“He is 55 and he wants to try to change his life,” Defence solicitor Mr Kieran Dillon said.

“He is staying sober and he has set about trying to stabilise the situation. While he acknowledges that this is self-inflicted, he has parted ways with some company he had been keeping.

“He understands the serious effects here in the cold light of day.”

Mr Dillon said his client had a long history of illness and his bipolar diagnosis was complicated by addictions.

He said: “He gets himself into such a state that causes these manic phases and psychotic episodes and we get this series of bizarre incidents.

“Logic, sense and reason goes out the window.”

Mr Dillon said Boyle had the bowling balls in his flat and was ‘bouncing them’ after being told by Gardai to drop them, while the incident at Ballymacool was a result of Boyle ‘removing litter and bottles and he started throwing them out’.

Mr Dillon said: “There is no sense to this. It is a very difficult situation to all those who encounter him.”

Judge Paul Kelly remanded Boyle on continuing bail to the April 12 sitting of the court to allow for the progress of compensation and the preparation of a probation and community service report. Judge Kelly also requested a victim impact statement for the six-year-old girl from the incident at Ballymacool.

“His behaviour between now and then will influence how I dispose of the matter,” Judge Kelly said.