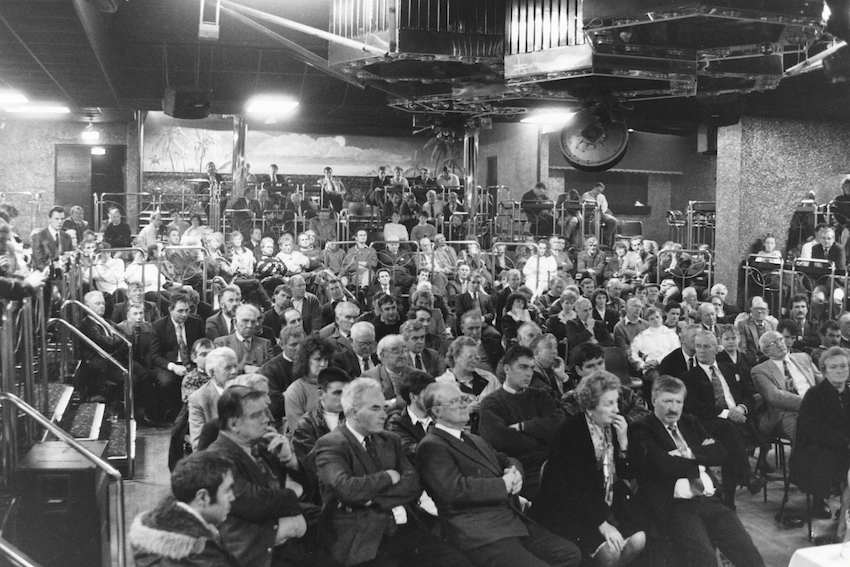 God rest Bernard McGlinchey who would always recall the first time he saw my father landing down with us as children on a Saturday evening to the Grill.

“I remember it well, Brian,” he would recall and then pause, “three wee boys wasn’t it, yous all in the restaurant as quiet as mice eating your teas’. “That’s right Bernard,” I would reply. I would think into myself of chicken ’n chips, tea, bread and butter, always the same order, cups with ears on all of them and a knife and fork for everyone and no shortage of milk.

It was heaven (compared to home), no dishes to wash or nothing. One of us skating a chip off the side of the plate trying to use our knives and forks properly and then trying not to make eye contact at each other in case we would burst out laughing.

After the fourth or fifth time that Bernard recalled his proud first memory over the years of us McDaid wanes first trip into the Grill, I stopped pointing out to him that it was four of us who made those pioneering journeys on a Saturday evening for our tea along with Fred my father and not three as he proudly remembered.

It was Francine Mc Laughlin a contractor from the foot of the town in Letterkenny who built this place my father would always say. It was new to the Port Rd then as was the ESB who moved from the Back Road to their new purpose-built premises beside it in the 60s.

My memory sitting in the bar waiting for my father to finish his drink was that of a massive stuffed salmon on the wall above the bar above his head.

Bouncers to the back of the hall!

And then daddy would tell us about the night at the Grill that he nearly got arrested at the ESB dinner dance, when one of the head bosses were down from Dublin and attempted to sing ‘The Sash’ until my father tripped his main fuse with his fist. 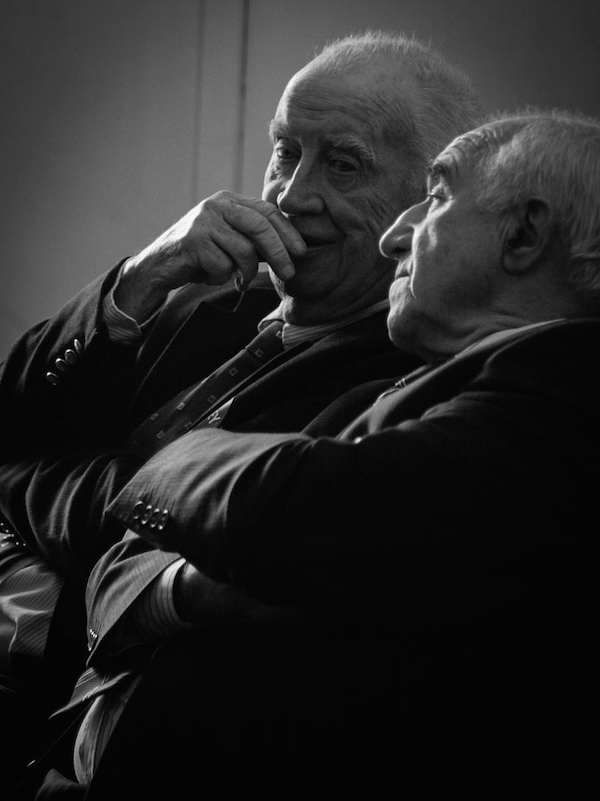 The Guards were sent for but by the time they arrived fellow work mates had bundled my father out a side door and into one of the ESB pickups. The guards landed looking for a big man with a beard ending up questioning a fellow workmate Rodney Roulston before they realised they had the wrong man!

And as it was in my father’s day working late and heading from work straight to the Grill a generation on it was the same for me working the evening shift 4 to 12 in IMED , (now called Phillips Medisize) clocking out at midnight then a crew of us landing down on a Thursday night to clock in at Bella’s. Charlie behind the bar trying to make out what you were saying against the music of the disco and from that to complete silence before opening riffs of ‘Wonderful Tonight’ would begin.

“It’s late in the evening , she’s wondering what clothes to wear, she puts on her makeup and brushes her long blonde hair…..” That song had to be penned by Eric Clapton especially for Bella’s Disco.

And then the songs that we hadn’t a clue what the words meant like the song from ‘Harry’s Game.’ all we knew that Clannad had hit the perfect note of the times we were in.

And even Je t’aime , not a word did we understand but we knew what she meant! Songs that were theme music that you might not have picked up on right away watching films like ‘Arthur’ on the big screen at La Scala cinema opposite the Grill took on a different meaning when it was played as part of a slow set in the grill by DJ Big John.

In the Grill, both Dudley Moore and Lisa Minelli disappeared and you and whoever you were lucky enough to be dance with replaced the stars reflecting in the full-length mirror along the wall of the dance floor. 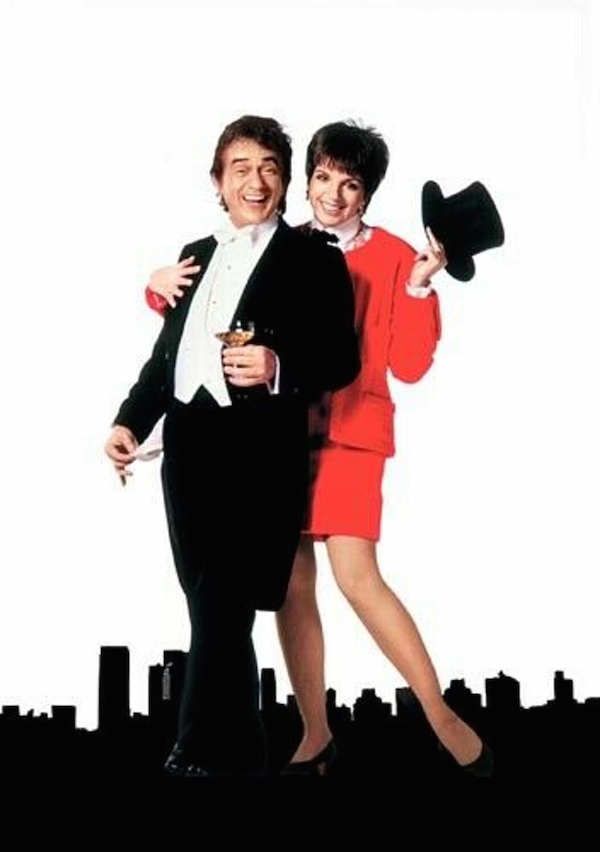 Dudley Moore and Lisa Manelli in the film “Arthur” the soundtrack which was a big hit in Bellas Disco at the Golden Grill.

And then on different nights in the Grill it was politics that took the stage over the years from launching election candidates to welcome homes Bernard was at the steering wheel organising operations.

By now it was the Tudor Rooms of the refurnished restaurant and supper tickets were never lost whatever about your cloakroom ticket.
In 1986 my brother Nelius’ ended up at his unplanned 21st birthday in Bella’s that same year he would do what a lot of young people did – emigrate to far and foreign lands. Some who were lucky to get visas would be home for Christmas and would head down to the Grill in search of their younger self that they left behind.

2012 was the last time I remember being in the Grill back in what once was Bella’s now called Bar Rouge that was to get a few photos at a birthday party of one the third generation of our family ,my oldest son who worked in the Grill with the new owners, The Tinneys.

That night parents, who also met in the Grill years before, were rushed in and rush out before the real party started. I thought about Bernard Mc Glinchey describing us wanes and maybe he was right it was only three of us that were on that first journey to the Grill (with Peadar my brother, the youngest only being a baby and left with someone) and the next generation sitting on an over size red bench chair, I could nearly hear Bernard’s voice saying, look Brian, ‘Three Wee McDaid Boys sitting in the Grill’, our three sons passing through the university of life that the Grill always was.

The Golden Grill has been closed for a few years now and a recent planning permission was requested to take it off the map of Letterkenny altogether. In its day it was great to think of some of the great live bands that played there like Bagatelle and lead singer Liam Reilly who just recently passed away. They played to a packed house and from memory they took the house down, well they took the dance floor down that night which partly collapsed playing great hits like ‘Summer in Dublin’ and ‘Second Violin.’ 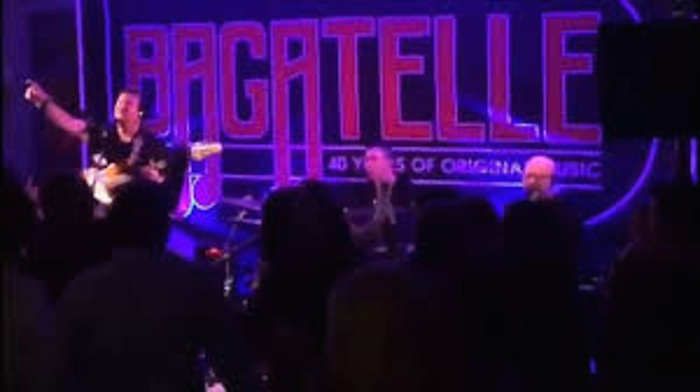 Great memories of Bagatelle at the Golden Grill at the height of their fame.

These were great nights but for me the best nights at the Grill were the nights you never planned to be there, out working late some where or returning from a long journey and not ready to go home someone in the company would say ‘GRILL’ and you would head down hoping to get in for nothing but settling for half price as Victor Fisher on the door let you in. The Millionaire Club may be long gone but our memories of the Golden Grill are priceless.