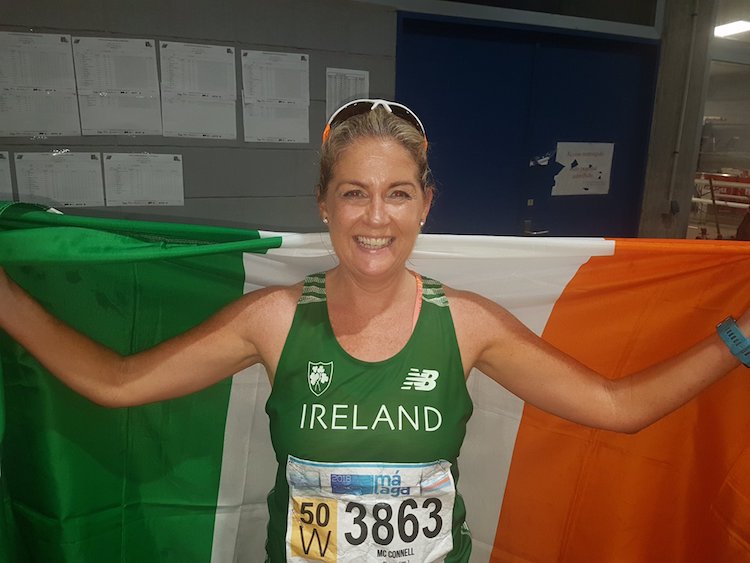 McConnell third in World Rankings ahead of 2021 season

Despite the pandemic-curtailed year, the Finn Valley AC woman won a national title at Santry

In the W50 3,000m walk at the National Masters Championships in September, McConnell took the gold medal.

The Castlefin native now has a global ranking of third in her category.

It’s a timely boost as the Castlefin mother-of-three continues to rehab an injury that she has found hard to shake off.

The dedicated athlete is a member of the McGranaghan family who have been immersed in the sport.

Her father Peader remains a senior coach at Finn Valley AC as is her twin brother Dermot who is the AAI Regional Athletics Director.

her sister Catriona has a list of successes to her credit throughout her career and remains one of the most successful athletes to come out of Donegal.

For McConnell now the focus is being injury free and getting on the podium at future World and European Masters Championships having been a double medallist in Malaga 2018.

There, she won bronze medals in both 5k and 10k events.