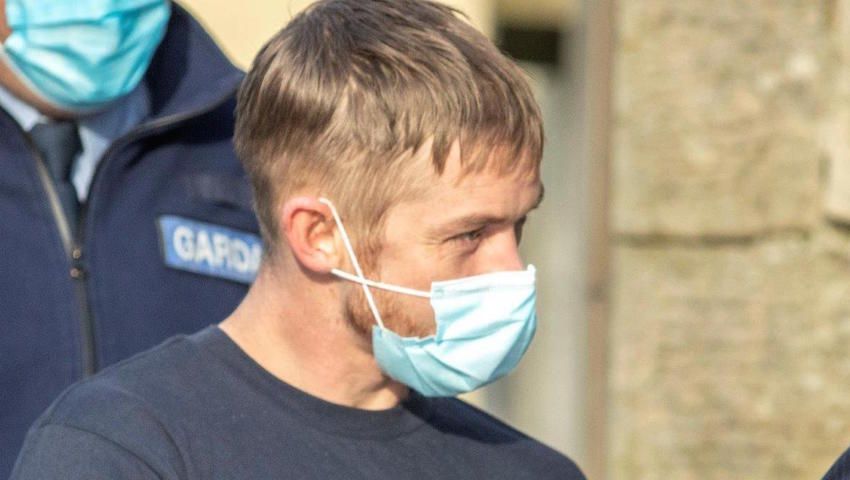 Man appears in court after Garda injured in ramming

A man who allegedly rammed a garda car twice during a high-speed chase outside Donegal Town has been remanded in custody.

The defendant who was wearing a multi-coloured dark t-shirt, appeared in custody at this morning’s district court sitting.

Garda Conor Doherty gave evidence of arrest charge and caution of the defendant at 7.44pm on Sunday evening.

The defendant made no reply to the charges.

He is charged with causing criminal damage to a garda patrol car at Birchill, Donegal Town on January 24. 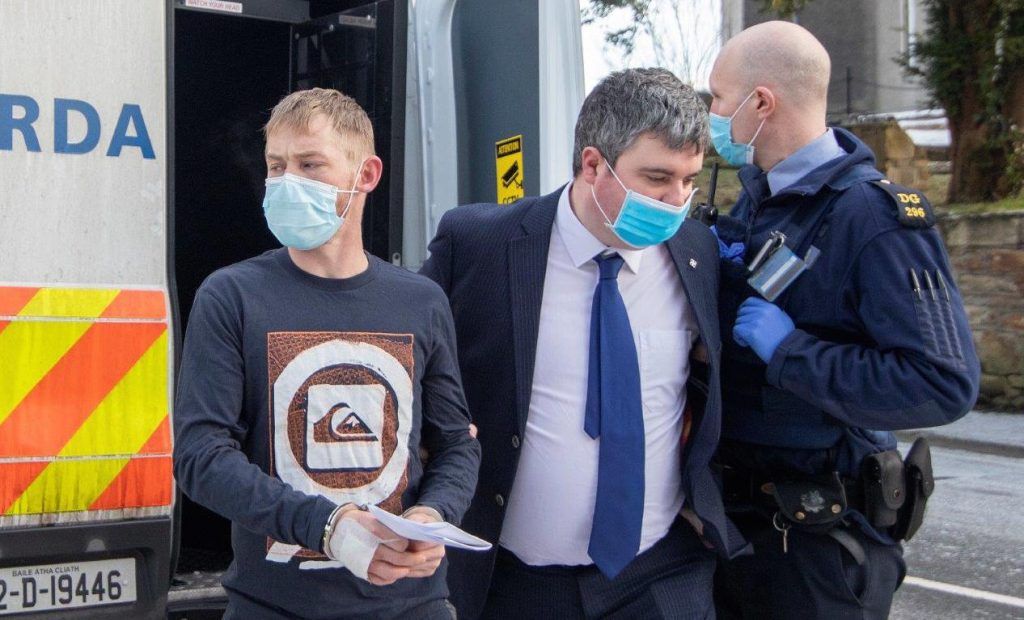 Duane Ferry is brought into court by detective at Donegal Town. Pic by Northwest Newspix.

The defendant is also charged with refusing to give gardai a breath sample in Ballyshannon Garda Station on the same date.

Inspector David Durkin said the State were objecting to bail on the grounds that the defendant lived in Northern Ireland and there was a likelihood that he would not turn up for a court appearance.

Judge Kevin Kilrane then asked Garda Doherty to tell the court of the allegations against the defendant.

Garda Doherty told the court that he was on mobile patrol in Donegal Town when he got a report from Detective Garda Paul McHugh and Garda Katherine Henry that a vehicle was acting suspiciously at Drumlonagher Junction at Donegal Town.

It failed to stop when signalled to do so.

The vehicle pulled up alongside that of Detective Mchugh and rammed the patrol car and took off for Ballyshannon, the court heard.

Garda Doherty told the court he was waiting on both vehicles at Tullyearl Junction on the other side of Donegal Town.

“I saw it coming towards me followed by Detective Garda McHugh.”

The driver drove around the roundabout the wrong way and he rammed Detective Garda McHugh’s car again, the court heard.

The defendant lost control of the car, coming to a sudden stop and the defendant took off running over fields.

When apprehended, he assaulted Detective Garda McHugh causing his finger to be dislocated, the court heard.

The defendant was very aggressive, and it took four of the gardai to deal with the defendant as he was brought to Ballyshannon Garda Station.

Duane Farry told the court his correct address was Ashfield Gardens, Fintona and he had been living there for three years.

He told the court, that if released on bail he would turn up for his case.

Defence solicitor Gerry McGovern said the defendant had the sum of £600 in court.

Mr McGovern said there had been five people in the car, including a few girls.

The defendant denied a suggestion from Inspector Durkin that he had told gardai after his arrest in Ballyshannon that his address was Mountstewart Road, Fintona.

He said he was paying E110 per week to a landlord in Ashfield Gardens, Fintona.

In refusing bail Judge Kevin Kilrane said he was satisfied the defendant gave gardai a different address after he was arrested.

There was no stability of location at all in the other jurisdiction.
The charges before the court were serious.

The defendant had made “very strenuous efforts” to avoid the gardai and he risked the life and limb of himself and the gardai.

And, anybody who made such efforts could be liable to commit further offences if released.
The defendant was remanded in custody to appear at Sligo District Court on January 28 via video-link.