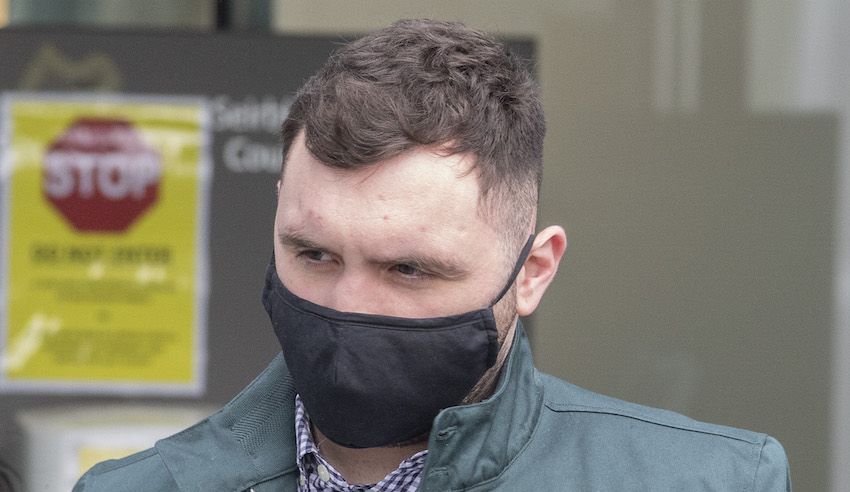 Man sexually assaulted woman after ‘get to know your neighbour’ party

A young man got into a woman’s house and sexually assaulted her while she was asleep in bed after a party.

Anthony Ferguson appeared at Letterkenny Circuit Court where he was charged with sexual assault, burglary and threats to damage property.

Ferguson a 26-year-old supermarket manager, pleaded guilty to all the charges.

The court was told that Ferguson was an “outsider” who had arrived at the event held in 2018.

The party, which was arranged by locals, involved storytelling and other activities for children as well as food and alcohol.

The event was a huge success for all those who attended.

That evening the victim in the case was serving drinks when a man who was not local to the area, later identified as Ferguson, became rowdy and he was asked to leave as the bar was closing.

The victim in the case and her husband went back to their home nearby with some neighbours where they had some more drinks with friends.

However, Ferguson gained entry to the house, was again very rowdy and was asked to leave.

The woman and her husband went to sleep around 2am but the terrified victim revealed she was awoken by a man in the bed beside her.

The man, Ferguson, said to her “I have you now.”

She realised it was the man who was rowdy earlier and her husband scuffled with him before getting him out of their home.

Ferguson then began shouting to be allowed back into the couple’s home as he had left his mobile phone and jacket inside.

Garda Maria Doherty said they had received a call that a man was banging on doors on the housing estate and that a woman had been sexually assaulted.

Barrister for Ferguson, with an address at Brittania Point, Colliers Wood in London, Mr Colm Smyth, said his client was extremely drunk on the night

The court was told that Ferguson has an issue with both drugs and alcohol and has undergone two rehabilitation stints in addiction clinics.

Ferguson himself apologised to his victim saying he was deeply sorry and ashamed for what he had done and that nobody deserved to go through what she did.

He added that he was shocked when Gardai said he had sexually assaulted a woman saying he didn’t think he was capable of such a thing but couldn’t remember anything from about 9pm that evening.

The woman’s victim impact statement was also read in court.

In it, she said she could have written page after page about how violated she had felt after the incident.

She said she couldn’t work for weeks after the attack and was going around her house locking doors all the time.

She said she wanted Ferguson to stand up and admit what he had done and that his behaviour was atrocious and that he should be disgusted and ashamed of himself.

She added that he should accept his wrongdoing and never put anyone in a position like he had put her in again.

Barrister Colm Smyth said his client’s father owned a number of supermarkets and were in a position to offer some compensation to the family towards their loss of earnings as part of an apology.

Despite the victim not seeking compensation, an offer of €20,000 was made but Mr Smyth stressed that Ferguson would repay all the money back to his father from his earnings.

Judge John Aylmer said it was appalling what the woman was subjected to on the night.

He noted that Ferguson had no previous convictions of any kind, his remorse and also his addiction to alcohol.

He said he will review all these circumstances and if he is satisfied that the case fell into one of those “unique categories” then the court may take a view that it can be treated by way of a non-custodial or suspended sentence.

He adjourned the case until the next sittings of the circuit court in April for a final sentence.