FINN Harps will begin the 2021 season at home to Bohemians.

The new Premier Division season gets underway on March 19.

Ollie Horgan’s Harps – who finished eighth in 2020 – are heading into a third successive season in the top flight.

Harps will travel to Dundalk and Drogheda before hosting Waterford United on April 9.

Harps conclude the first series of games with an away trip to Derry City on May 3.

As a result of the Covid-19 pandemic and the late start to the season, the 2021 edition of the EA Sports Cup has been cancelled.

All fixtures are subject to change with TV broadcast details set to be announced at a later date. 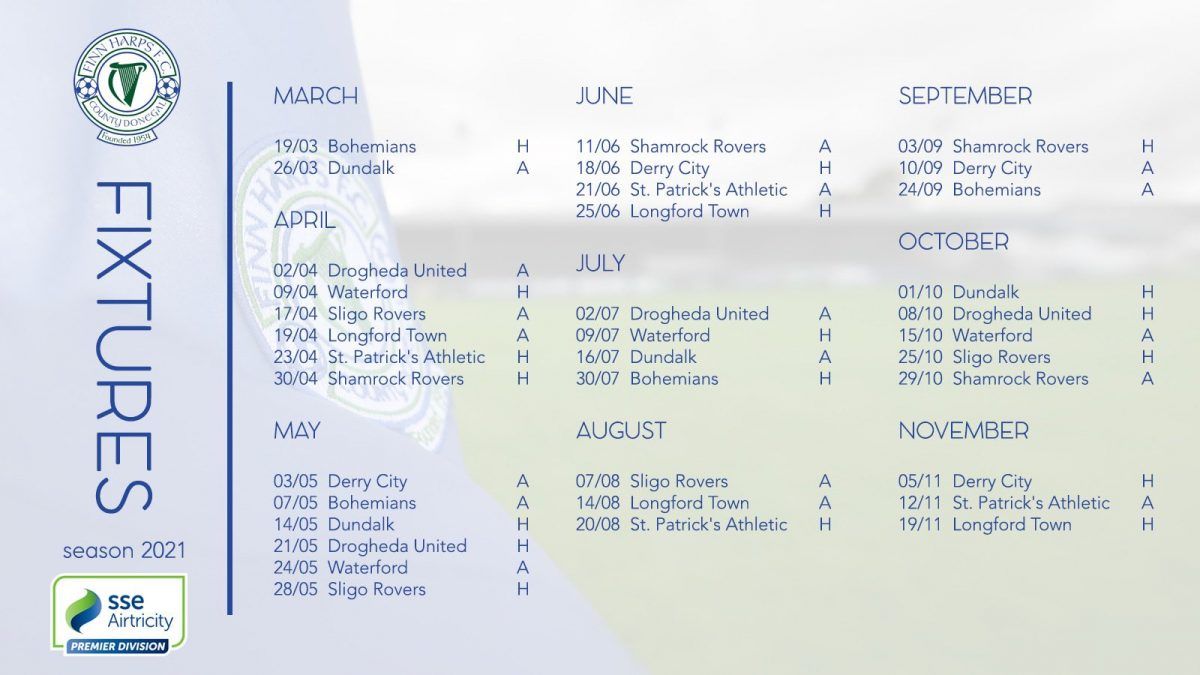