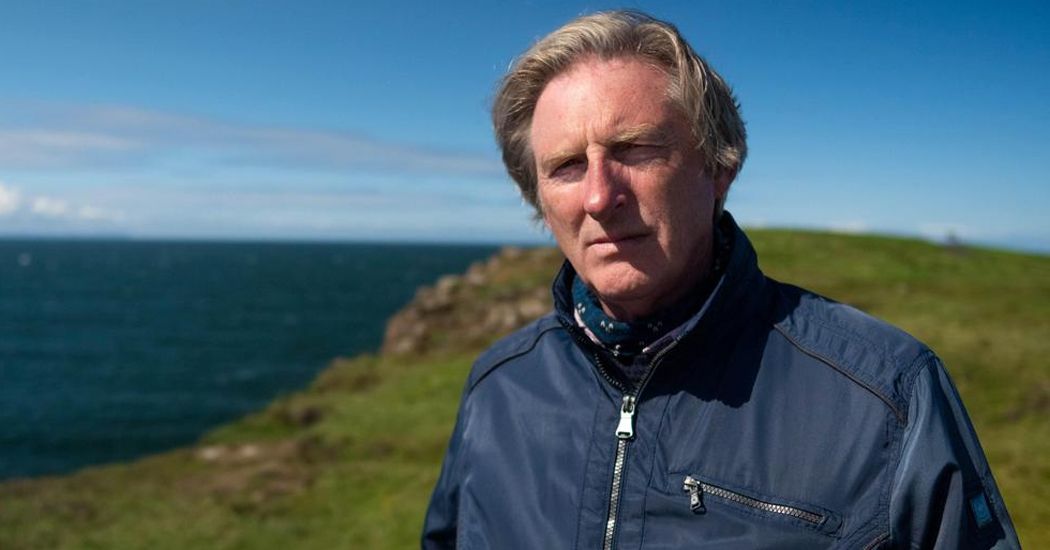 Line of Duty actor Adrian Dunbar is about to reconnect with his roots in a new travel series airing on Channel 5 this February.

Donegal will feature in the scenic celebration of Ireland’s coastline, called Adrian Dunbar’s Coastal Ireland, which airs in a two-part series on 4th and 11th February.

Dunbar, best known for his long-running role as Superintendent Ted Hastings in the BBC police drama Line of Duty, is no stranger to Donegal. The Enniskillen native holidayed in Bundoran as a child and, in recent years, directed theatrical readings of Homer’s Odyssey on five Donegal beaches.

The actor returned to the wild and rugged west and north coasts of Ireland last September to film a 600 mile journey taking in breath-taking locations, beautiful coastal roads, fantastic feats of engineering and amazing cuisine.

In his Donegal explorations, which are expected to feature in episode two, Dunbar learns about the history of Malin Head, from where the Marconi Company sent the first ever commercial message to a ship by wireless in 1902.  He also catches up with one of the founding fathers of Irish surfing, before taking a ferry across to Northern Ireland.

The team at Donegal’s Lough Eske Castle has also hinted that the hotel will feature on the programme.

For viewers planning Irish holidays in 2021, this series will be packed with inspiration for adventures stretching from Mizen Head all the way to the Mourne Mountains.