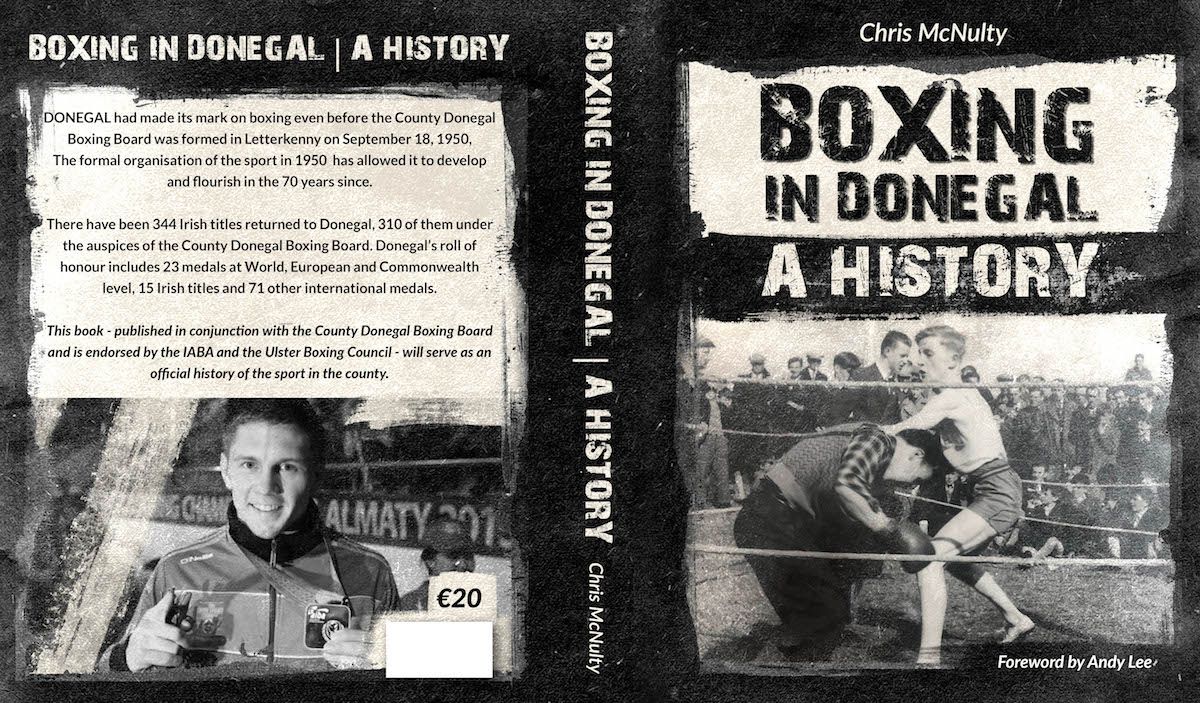 A NEW book charting the formation and development of boxing in Donegal is now available to buy.

‘Boxing in Donegal: A history’, written by Donegal-based sportswriter and author Chris McNulty, explores the foundations of the sport in Donegal and deals with its growth and development in the decades prior to 1950, when an organised structure was put in place.

The County Donegal Boxing Board, under the Presidency of Dr JP McGinley, was founded on September 18, 1950, at a meeting in St Conal’s Hospital, Letterkenny, and the first recorded tournament under the new Board’s auspices was 70 years ago, in March 1951.

‘Boxing in Donegal: A history’ is written in conjunction with the County Donegal Boxing Board and endorsed by the IABA and the Ulster Boxing Council.

The book was due to be launched in December, but those plans were shelved due to the Covid-19 restrictions.

Charting over 100 years of boxing history, ‘Boxing in Donegal: A history’ is available to pre-order ONLINE ONLY. All copies ordered now will be dispatched in mid-late March.

The book costs €20 plus the cost of distribution and is available to order at https://donegalboxinghistory.com/

For the first time, Donegal’s Irish champions will be listed. The roll of honour includes 344 Irish titles, 310 of which are under the Donegal Boxing Board’s auspices.

Donegal boxers have also won 23 medals at World, European and Commonwealth level while 71 other international medals have been collected and a record of all of Donegal’s professionals is included.

Chris McNulty is Sports Editor with the Donegal Daily/Donegal Sport Hub websites and was honoured by the Donegal Boxing Board in 2016 for his coverage of the sport.

The St Johnston native is the publicist of Donegal middleweight boxer Jason Quigley.

This will be his second book after his 2019 publication ‘Relentless: A Race Through Time’, the memoir of former Irish athletics team manager Patsy McGonagle.

Please note that the online pre-order is the only way you can purchase a copy.

Order your copy of ‘Boxing in Donegal: A history’, here: https://donegalboxinghistory.com/