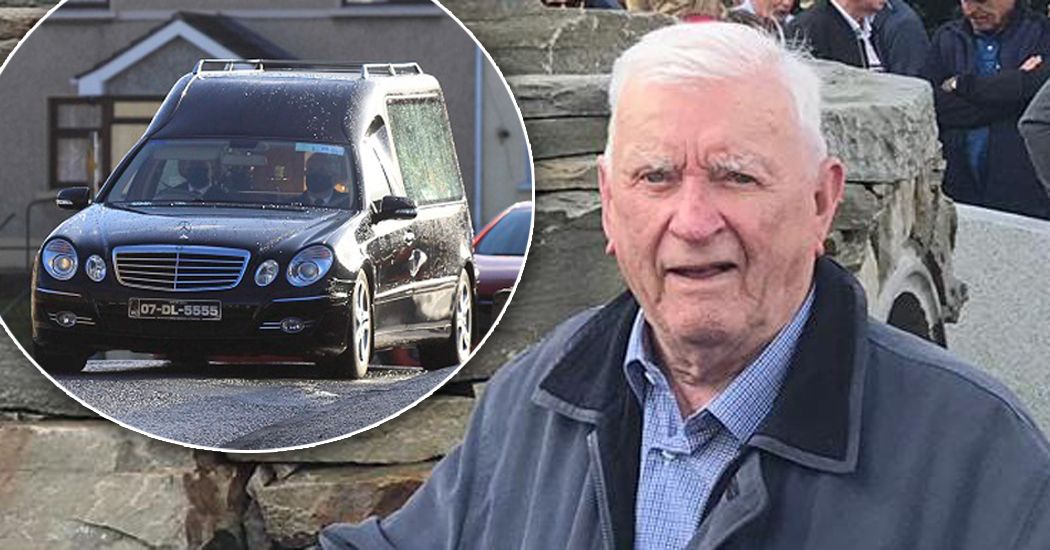 Friends stood outside the Station House Hotel and around Old Town Letterkenny in silence on Wednesday afternoon to say a final farewell to James Doherty on his final departure as he crossed over the River Swilly for the very last time.

James wasn’t far off his 87th the birthday before he was called from this earth to be with his sons Shaun and Jimmy who predeceased their father in 1992 and 2016 respectively.

A wee Bush (sometimes called the prescription) and a half pint of Smithwicks and good conversation in the not too distant past would be where James was the happiest holding court in the Station House Hotel. A great storyteller with a wealth of life experience of good times and some very sad. 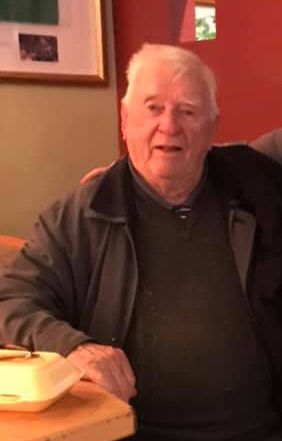 James Doherty was one of the very last of the Doherty family born in the Gate Lodge at Ballymacool House. His grandparents John and Bridgid Doherty were the gardener and gatekeeper for the Boyds.

James Doherty’s father, also called James, was the youngest son. James remembers living in the gatehouse as a child which housed three generations of the Doherty family. In the 1930’s he remembered playing up in the massive lawns and all the wee pathways, some of which are now included in the present day Ballymacool Town Park. He would have seen the train steaming out the line on the other side of the river heading to Foxhall station on its way to Burtonport. 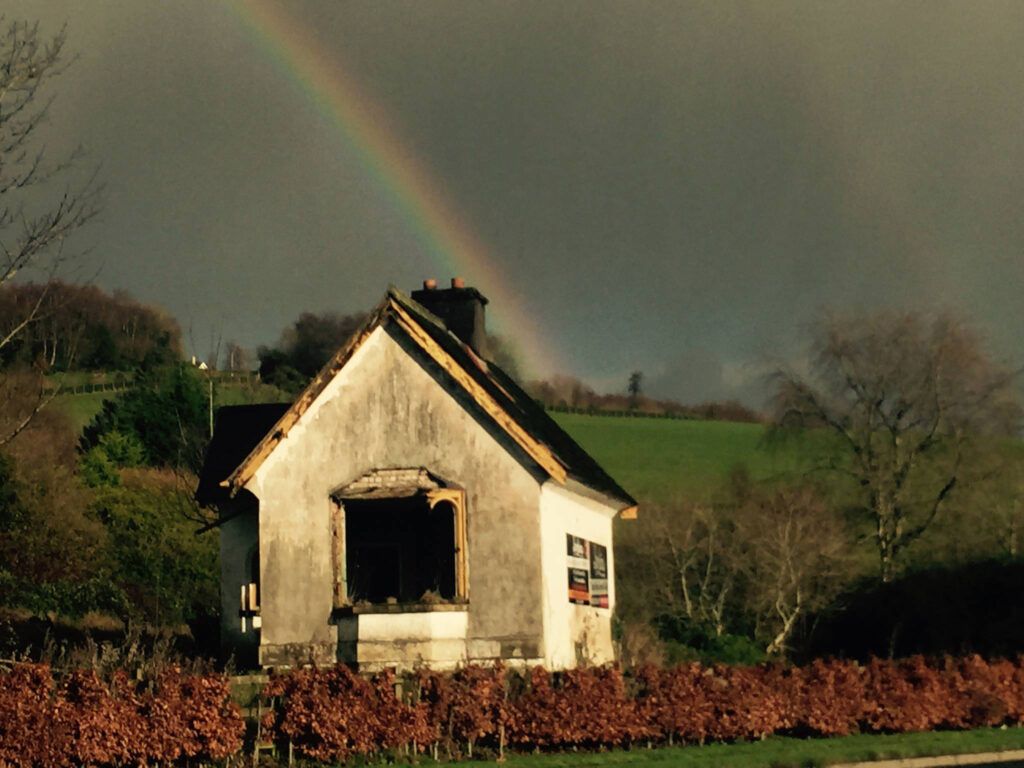 The Gate Lodge on the Conwal side of Ballymacool where the late James Doherty was born. Photo Brian McDaid.

In 1939 all of this way of life was to change for the Doherty’s when the estate that they were tenants on was sold. James held a vivid memory of the day that the bailiffs landed and his family were evicted out onto the street. Neighbours with horses and carts loaded up their few bits of belongings. James remembered walking away from what he knew as home, down the fields near Conwal and crossing over the River Swilly in his bare feet, crossing over the railway line and remembers walking up the avenue of Rockhill House, up past the Orchard to an old house owned by the O’Donnell’s which was offered to James and Annie.

That house was only big enough to house only the very youngest of James Doherty’s brother and sisters – Theresa, Bridie, James and Hughie – so his older brother John, his aunt Maggie, uncle Hughie, his grandfather and grandmother found another small house in Kirkstown.

James remembered as a child being sent up to Kirkstown to his granny’s small house for his summer holidays. Where he churned milk and helped on the farm of his auntie Sizzie Mullen.

James also recalled the hardest of times after the death of his grandfather, grandmother and his uncle Hughie, when his aunt Maggie and his older brother John were left to fend for themselves in the very rundown cottage in which the thatched roof had fallen in. John was taken in by his Aunt Ellen ( Sizzie) Mullen and Aunt Maggie was homeless. Aunt Maggie spent her days praying in the cathedral and was even known to have slept a few nights hiding under the pews in the Cathedral before she got a house in Plunkett O’Boyle Terence.

James went to school in Letterleague but was working from when he was no age.

He drove cattle for Charlie “Puru” O’Donnell’s from Rockhill into the train station in Letterkenny. He was hardly able to reach the paddles of his father’s bike when he cycled into work in Nestle’s factory in the Old Town.

James worked in many jobs including working in the tunnels in the North of Scotland in the 1950’s before returning home to live in Crieve out near Rockhill overlooking Ballymacool across the River Swilly where he lived as a child. 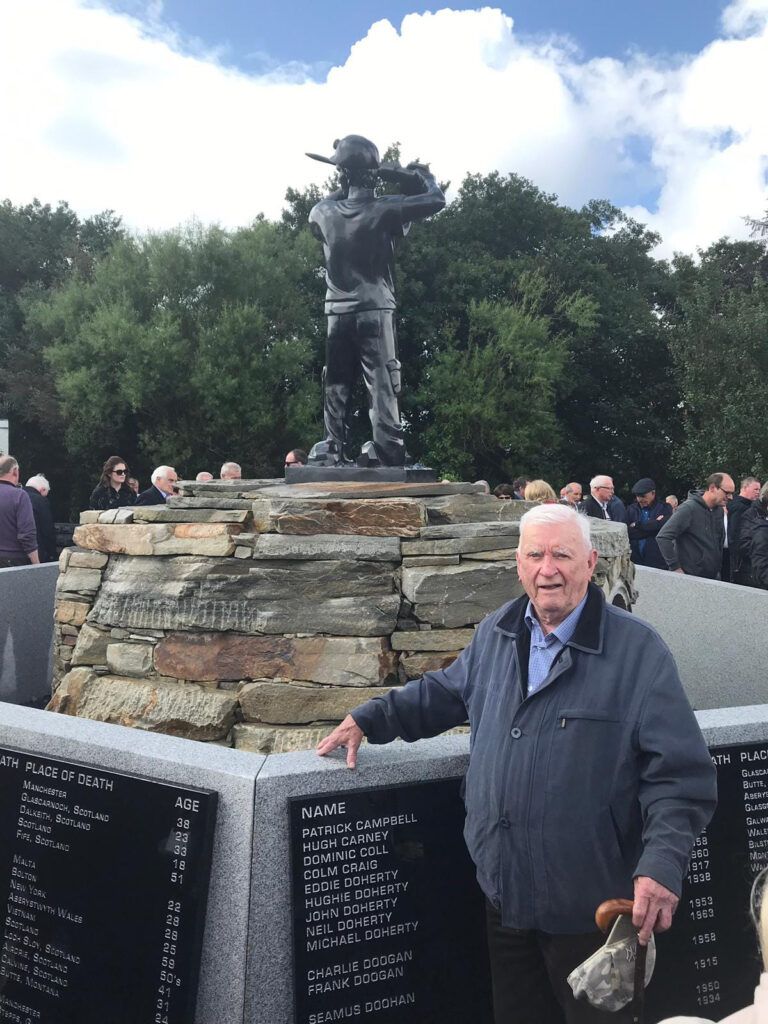 James Doherty who worked in the tunnels in the North of Scotland in the late 50’s, is pictured at the memorial which includes the name of his younger brother Hughie who tragically lost his life in a mining accident in Wales in 1958, aged 21.

James was a familiar face in the canteen to the defence forces when they set up barracks in Rockhill House.

In his long life James dealt with a lot of family tragedies..

From his early life from deaths of his two very young aunts Bella Quinn and Rosie Gallagher to Scarlet Fever, the death of his young brother Hughie in 1958 in a mining accident in North Wales at only 21 years of age right through to death of his son Shaun in 1992 and his and son Jimmy who died suddenly in 2016.

James Doherty’s son Jimmy who passed away in 2016

The late James Doherty and the late Fr. Mark Coyle were first cousins and many days were spent down in Ards friary to find a path out of very difficult and dark times following the sudden death of James’ son Shaun in 1992. There were days of happier times some twenty five years ago where Fr. Mark celebrated the mass of James and his wife Ellen and family on the occasion of their 40th wedding.

The final chapter on the life and times of James Doherty was planned for a meeting in the coming months when this present lockdown was lifted. As with so many families, the Covid pandemic has changed our journey through life as James slipped away peacefully this week to join all the “Doherty’s of the Gate” who went before him.

On Wednesday afternoon James crossed the River Swilly for the very last time. 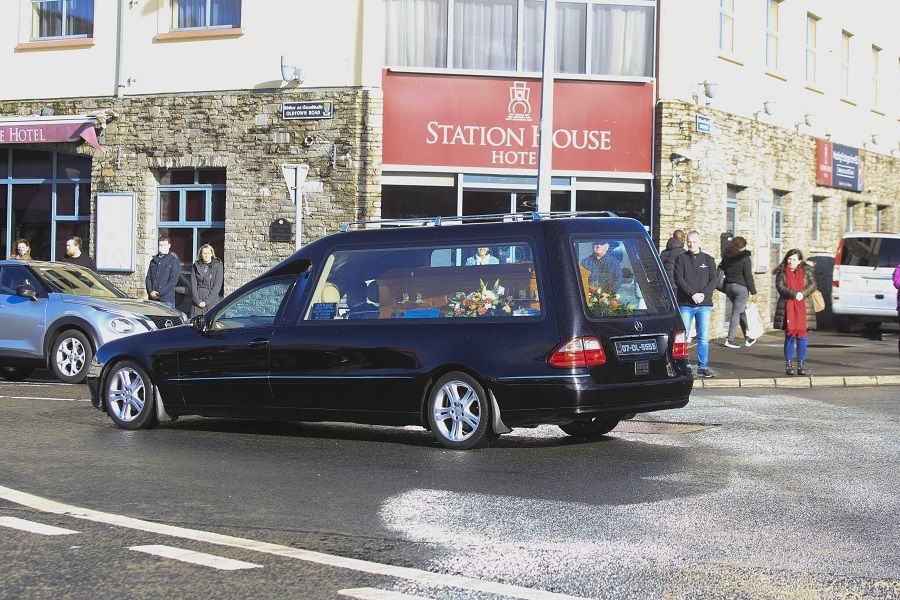 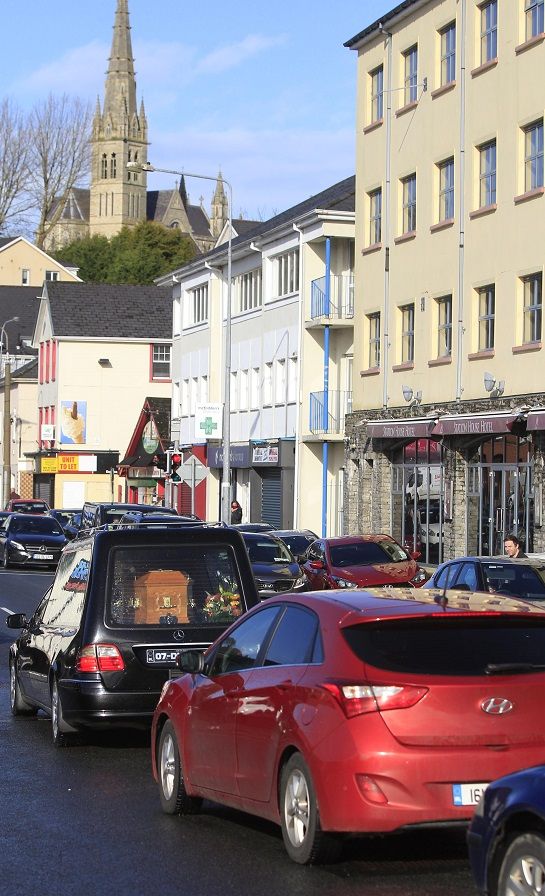 James Doherty on his way past the Station House Hotel on the way to St Eunans Cathedral for his funeral mass. Photo Brian McDaid.

Leaving behind him his beloved wife, Ellen, his children Anna, Eileen, Maureen, Catríona, Dana and Breandán, his nineteen grandchildren and three great grandchildren. His sister Kathleen and brother Bernard and all of the cousins in the extended Doherty family who will miss him so much.

A man who works,

And does his best,

Goes down the road,