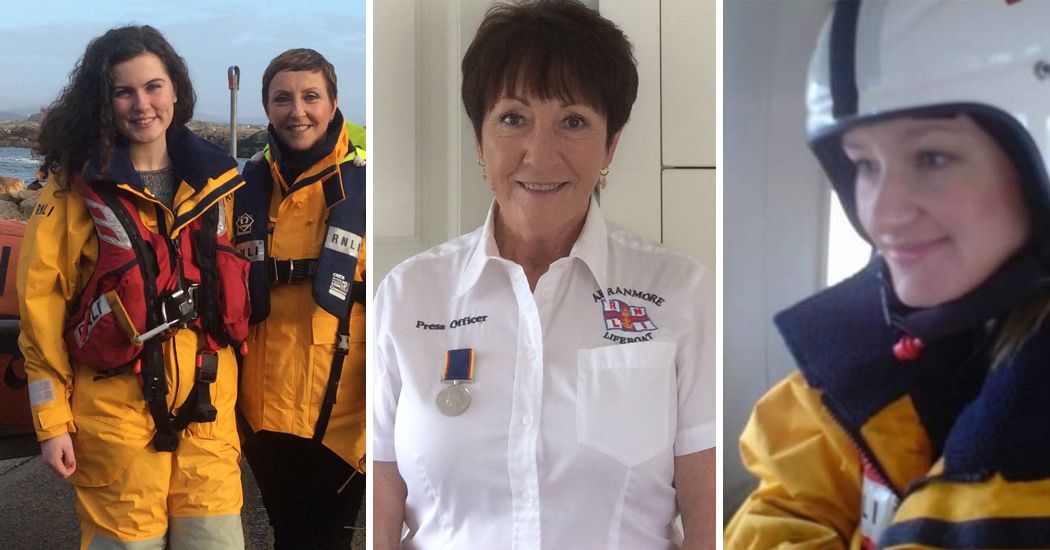 As International Women’s Day approaches, the Arranmore RNLI crew are celebrating the strong and resilient women of their current crew – and those who kept the service afloat through the decades.

Since Sir William Hillary founded the RNLI in 1824 women have had a role in the service, initially working in the background by helping to launch and recover the lifeboats, fundraising for this voluntary service and supporting their husbands and sons when the Lifeboat went to the rescue of lives in peril on the sea.

Today, women are taking their place at the forefront of the RNLI rescue service serving as crew members, leading fundraising campaigns and of course still supporting their family who are crew members.

The RNLI Arranmore Lifeboat was founded in 1883 and although it was only men with a knowledge of the sea who crewed the lifeboats, without the support of their female family members they would have had difficulty manning the lifeboats while looking after young families. 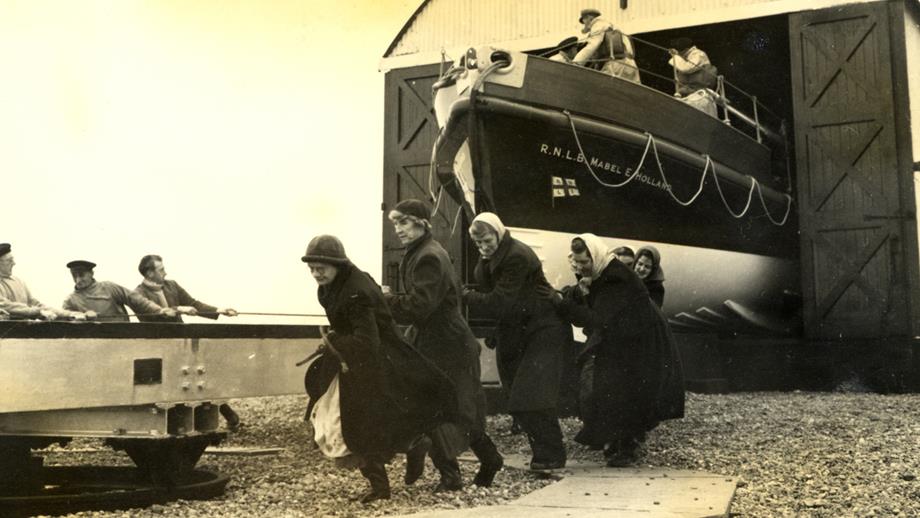 The women of Arranmore were always very resilient, from dealing with the hardships and tragedies of island living in their everyday lives, to playing a vital role in supporting the Lifeboat families when the crew were responding to a difficult rescue in horrendous weather conditions.

An example of the type of rescues the Arranmore RNLI were involved in was in December 1940 when they rescued 16 crew members of “The Stolwyjk” in the most challenging weather conditions.

The crew were awarded gold, silver and bronze medals for the very memorable rescue.

Lifeboat press officer, Nora Flanagan was the first female to join the Arranmore RNLI crew and following on four more women have joined the crew in this vital life-saving service. 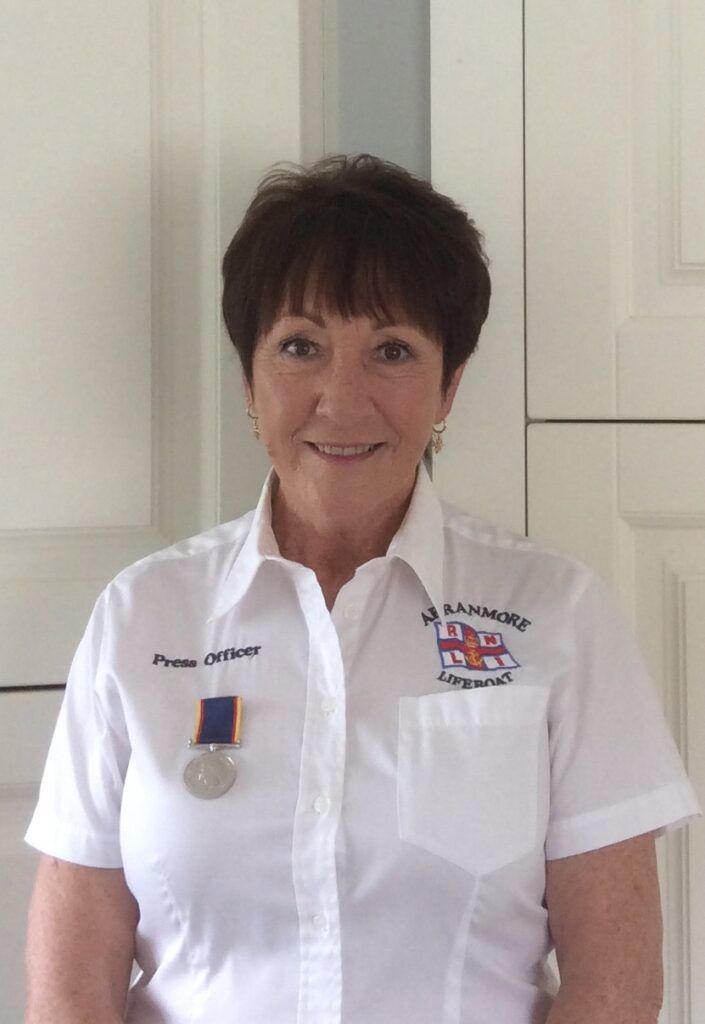 These women are Karen Mc Gowan, a registered advanced nurse practitioner in Beaumont Hospital and President of the Irish Nurses and Midwives Organisation (INMO); 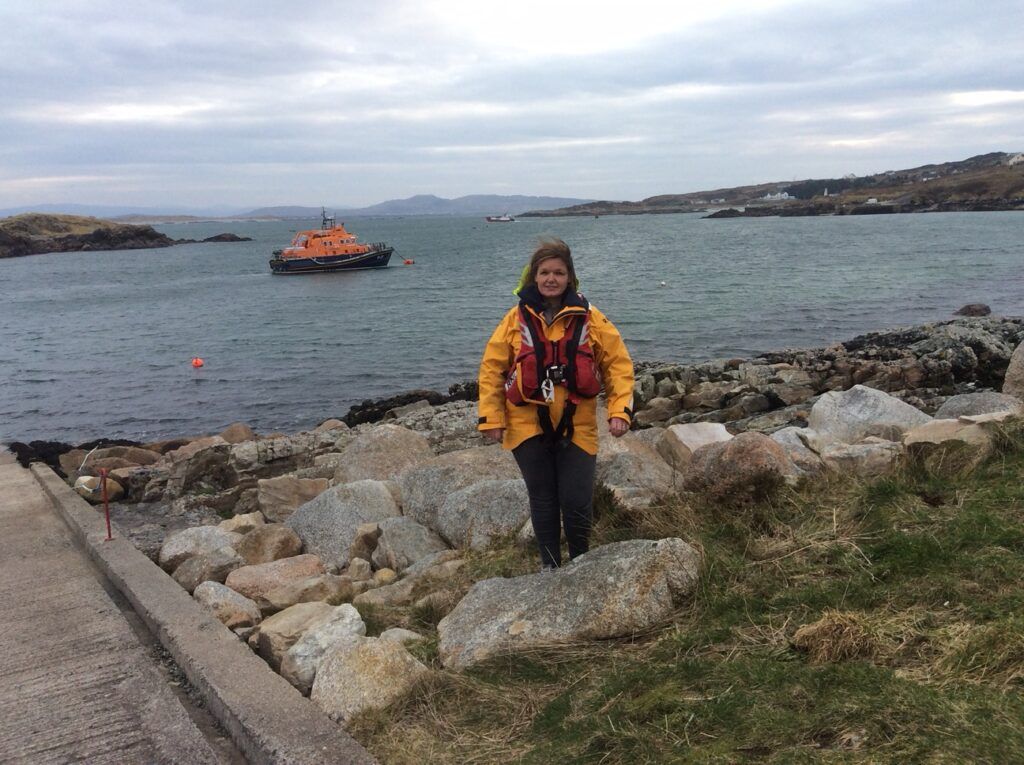 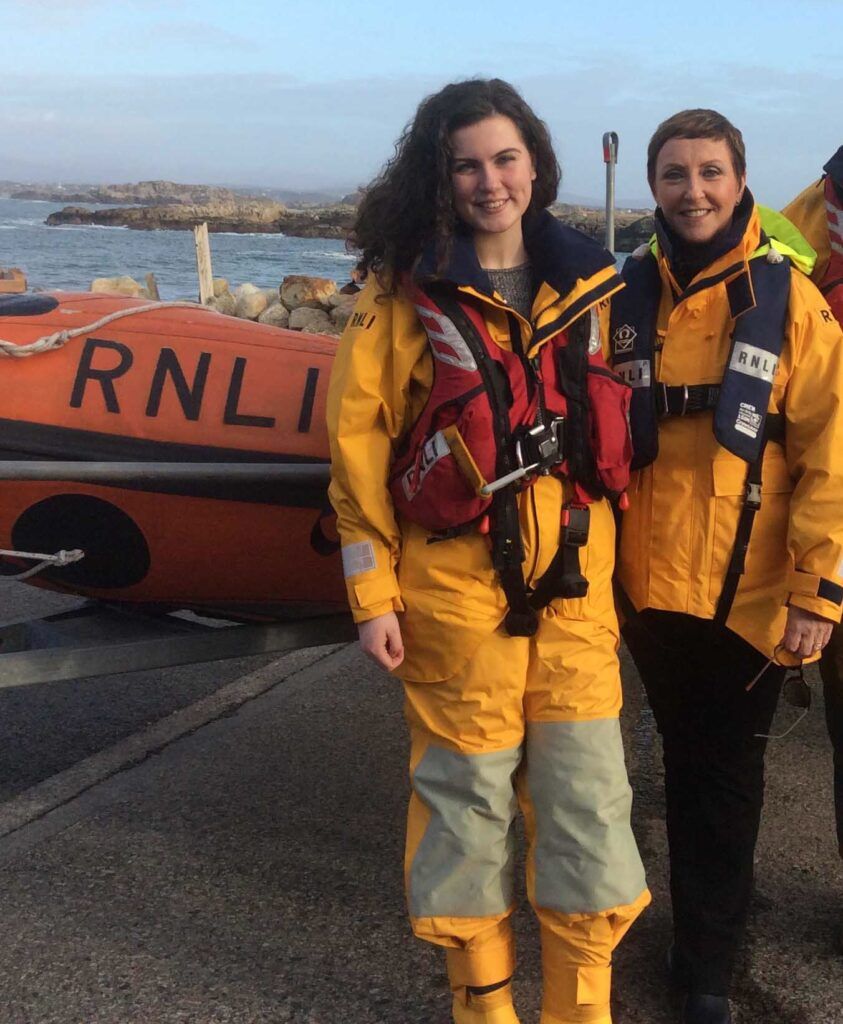 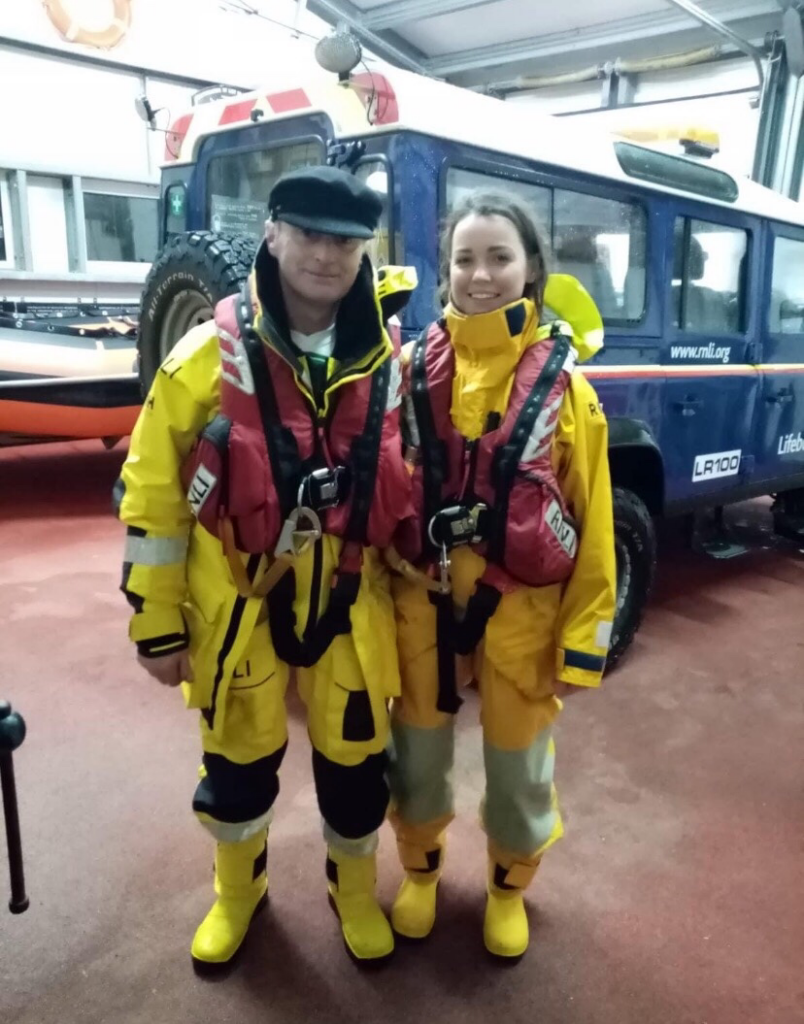 Teacher and Arranmore RNLI crew member, Aisling Cox with her father, Kieran who is a long-term member of the crew.

Karen joined the Arranmore RNLI crew at age 17 and continued to serve throughout her nursing training. Speaking to Karen about why she joined the RNLI, she said “I enjoyed the adrenaline rush and I knew I wanted to train as a nurse; as a crew member on the Lifeboat I gained a huge amount of experience with the excellent training the RNLI provides. Dealing with medical emergencies on a call out served me well in my student nurse training. I had quite a few memorable rescues during my time as a crew member but the most poignant was rescuing the crew of a sinking trawler. As soon as the crew were brought on board the Lifeboat the trawler sank very quickly. It was very hard to watch somebody’s livelihood sink beneath the waves and witness the raw emotion on the faces of both the Lifeboat and the trawler crews. I would encourage anybody to join their local RNLI, it really helps you think outside the box and the crews are very supportive and helpful to new recruits”. 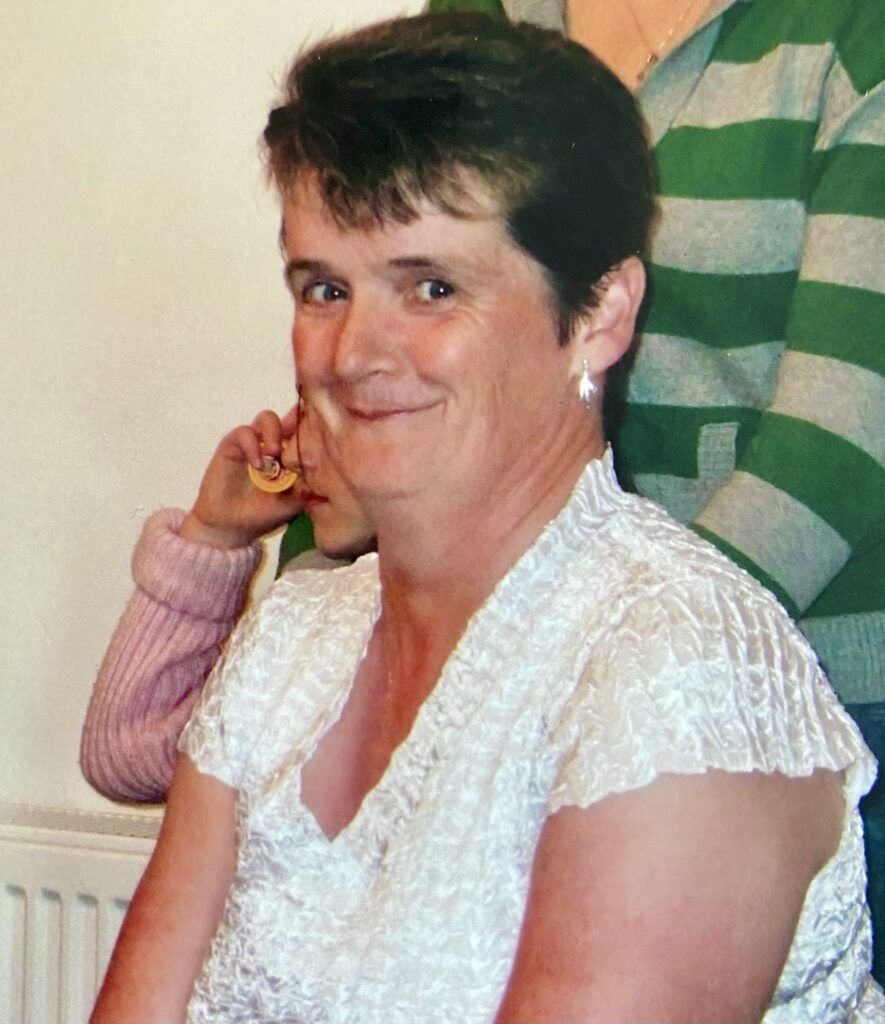 Grace Gallagher has been a member of the Arranmore fundraising committee for over 25 years. She has been honoured and recognised by the RNLI as the longest-serving member of the fundraising committee of the Arranmore Lifeboat Station and has raised thousands of euro of funds for the RNLI.
Grace said “I can’t believe I’ve been fundraising for the RNLI for over 25 years. Living by the sea and with many of our families involved in the fishing industry we rely on the Lifeboat and the contribution of the public to continue with this essential voluntary service. It has been a pleasure to be part of it”. 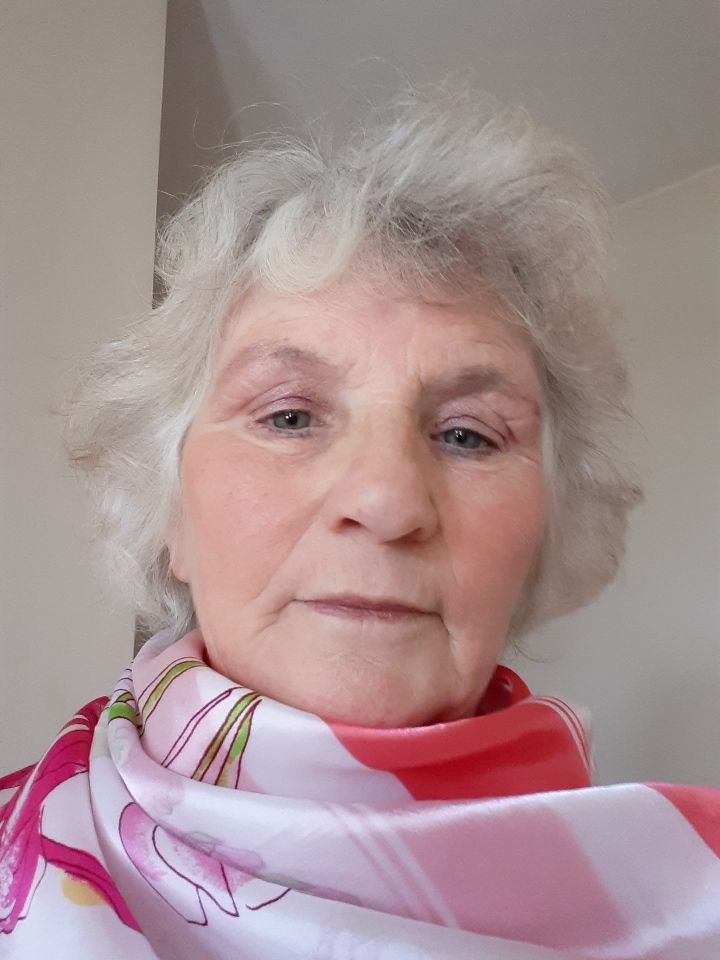 Sadie Bonner is a former post woman and started supporting the RNLI by collecting fundraising buckets from shops, selling badges and is now treasurer of the fundraising committee.

All crew members are required to serve a probationary period where they learn all the skills involved in saving lives. Learning is competence based and crew members must prove their competency in one skill before taking on another. This training enables all volunteers, many of whom have little or no knowledge of boats or the sea to become first-class life savers.

The first RNLI female award was to honor Grace Darling, a lighthouse keeper’s daughter who helped rescue 9 people in 1838.

Voluntary fundraising committees are an essential part of the RNLI and women are very much to the fore in raising funds to keep the lifeboats afloat.

As we celebrate International Women’s Day we salute the selflessness and dedication of the many women of the RNLI involved in saving lives at sea.