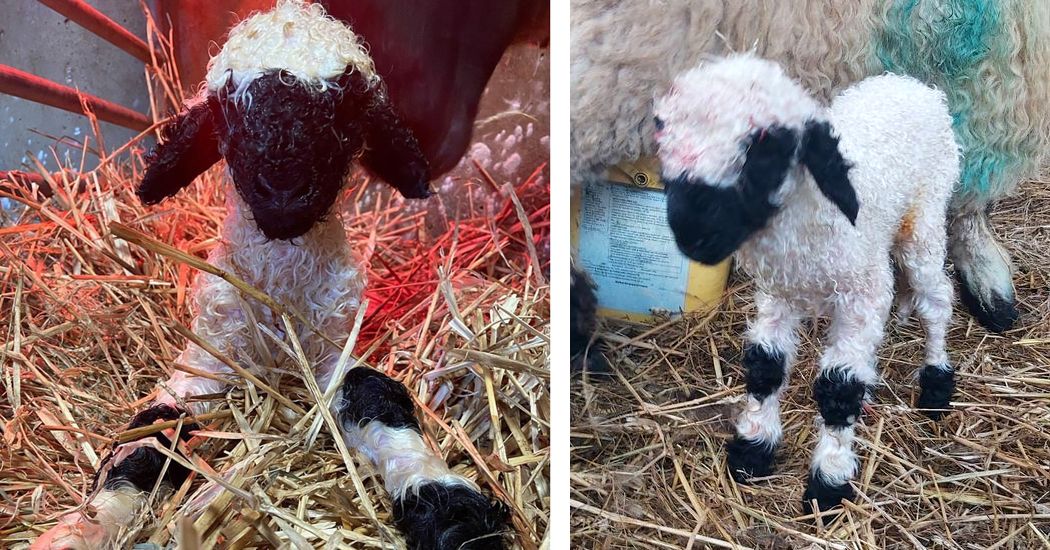 Spring is in the air, and while farms across the county are busy with lambing, some new arrivals have become internet stars from birth!

Rare Swiss Valais Blacknose lambs have been born in a number of locations in Donegal this year.

This unique sheep breed is commonly referred to as “the world’s cutest sheep”. Their shaggy wool and black furry faces, combined with a friendly temperament, make them hugely popular online and very valuable.

There has been a lot of activity in Trusk, Ballybofey, where a family farm welcomed their first Valais lamb of the year – ‘Isabella’. The fluffy flock expanded with eleven more arrivals after Isabella. 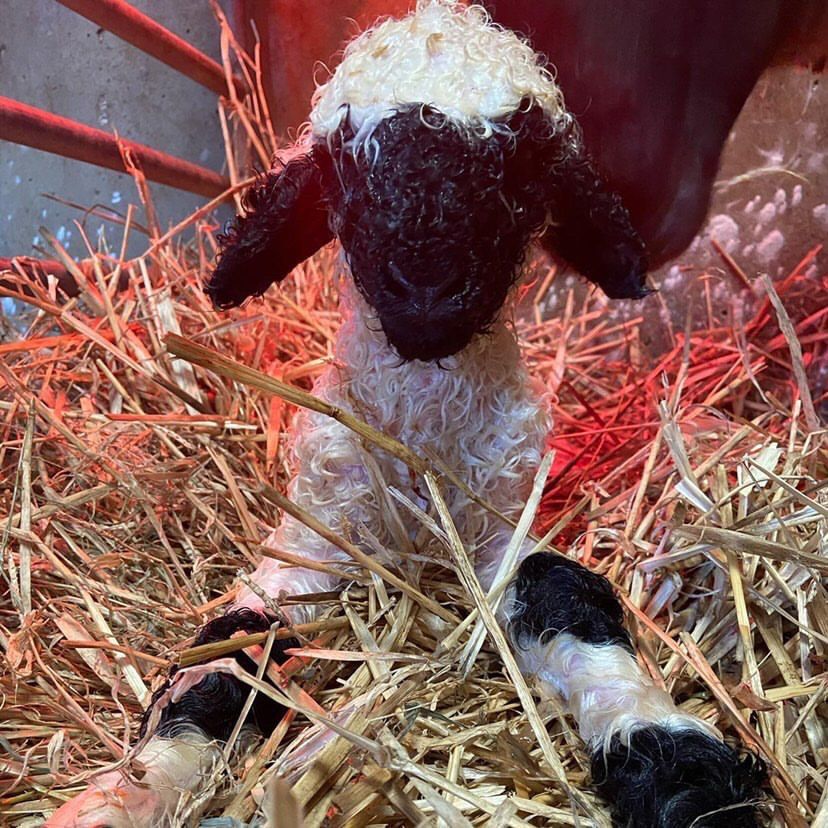 Cliodhna Muldoon, her partner Martin McCafferty and Martin’s father John McCafferty are breeders of a large flock of Pedigree Charollais and blue faced Leicester sheep, which the Valais run alongside.

Cliodhna told Donegal Daily: “We started breeding Valais Blacknose sheep in 2018 with the purchase of a ewe lamb. Since then we have expanded the flock to seven pure bred Valais ewes and two pure bred Valais rams. We had 12 beautifully marked lambs this week with another batch of lambs arriving at the start of April.

“The bred is very scarce in Donegal as well as throughout Ireland so we are very lucky to own these sheep.

“They are very kind natured they more act like a dog than a sheep, and are so gentle with children.

“They are native to Switzerland and have gotten very popular in Ireland. And with selling Valais I have seen the rise in the demand.”

The little lambs are marked by their distinct black face to the ears, two black patches on their knees and hocks and perfect white wool. Males have long curled horns while females’s horns spiral horizontally and they can have another patch of black under their tails.

Local couple Conor Boyle and Angela O’Donnell have been breeding Valais blacknose for the past two years.

Little Inish is the first Valais blacknose to be born on Farm Achla 2021 and has been named after Inishowen.

Thanks to both Farm Achla and Trusk Valais Blacknose for sharing your photos.

Check them out on the links below: