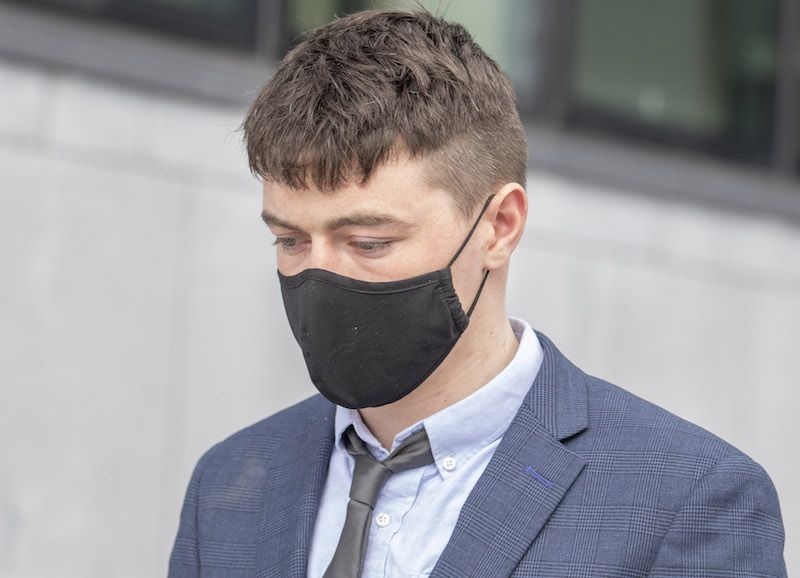 Man responsible for Bundoran crash wishes he could “turn back clock”

Five people were flung out of the boot of a speeding car as it reached speeds of up to 121kph following a horrific road crash in Co Donegal.

Two young people were killed instantly and another young woman left in a wheelchair in the crash in Bundoran on August 19th, 2018.

The driver of the car, Joseph Gilroy, who was already disqualified from driving in Northern Ireland, appeared at Donegal Circuit Court for sentencing today.

The 23-year-old pleaded guilty to a range of charges including dangerous driving causing death and serious injury, driving without a license and driving without insurance.

Ms Elliott appeared in court in a wheelchair.

Gilroy, of Lisnaskea, Co Fermanagh, who wore a blue suit, was surrounded by a number of family members.

Garda Oliver Devanney outlined the horrific circumstances of the crash.

He told how the friends had been socialising in Fermanagh earlier before traveling to Bundoran to attend a nightclub.

They left the nightclub and six of them piled into the blue Peugeot 306 car before it traveled just 550 yards before it crashed at Single Street, Eastend, Bundoran just after 3am.

Mr Gilroy had taken over the duties of driving the car from Beleek to Bundoran from Conor Brennan who was the owner of the car. 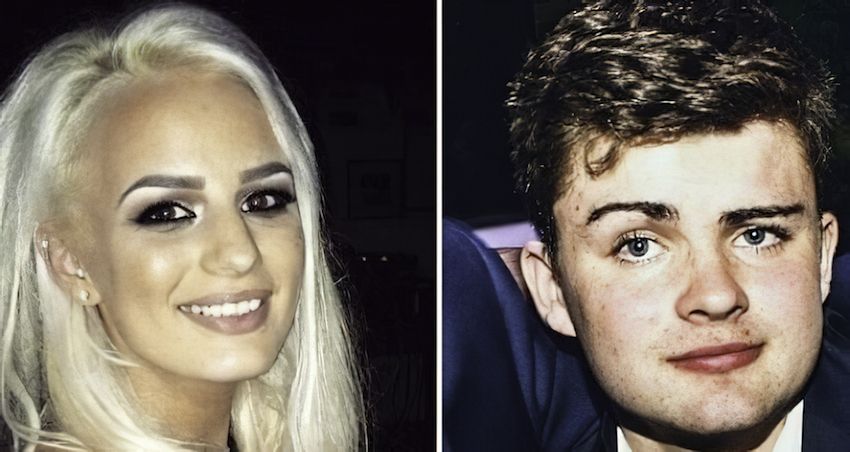 Garda forensic evidence estimated that the car increased in speed as it traveled through a number of bends on a continuous white line before the driver lost control.

The speeding driver initially hit a kerb and the car went into a sideways movement, rotating before hitting a wall and rotting again before hitting the corner of another building.

Five occupants, who were not wearing seatbelts, were thrown out of the boot of the car after it was ripped off during the impact of the collision.

The front seat passenger remained in the car and was able to get out of the car himself.

The car’s engine was also dislodged and found elsewhere as was its axle.

Civilians rushed to the scene to help the injured. Mr McAleer was pronounced dead while bystanders undertook CPR on Ms Devine for fifteen minutes but she too died at the scene.

Gilroy fled the scene before Gardai arrived and hid out in the vicinity of the Great Northern Hotel before phoning his father Brendan in Fermanagh.

His father traveled to the scene and brought his son back to the location of the crash where he admitted being the driver of the Peugeot car and was arrested.

The mothers of those killed in the crash read out heartbreaking victim impact statements.

Rachel Elliott, who was left in a wheelchair as a result of the accident, said the accident had changed her forever.

However, she said she deals better with everyday situations but cannot switch off at night and that loneliness overcomes her.

She added that all those involved in the crash will live with a life sentence describing it as a heartache that will never heal.

But she said she did not hold what happened to her against Joeseph Gilroy describing him as a “good-natured boy with his old life ahead of him.”

Shiva Devine’s mother Nicola said her life or her family’s lives and that of her daughter’s little boy Kyle will never be the same again.

She described her late daughter as beautiful, funny and smart and said that she could never have imagined her life without her. 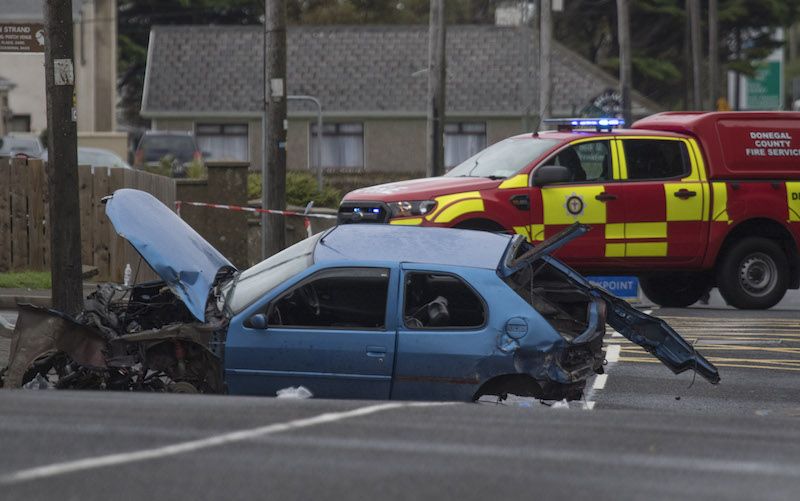 She added that she dreams that she is with Shiva again but wakes up with tears running down her cheeks saying a mother’s broke heart never heals.

He was an electrician but his passion was farming and on the day she last saw him he fixed her tumble dryer and level the stones in her street in time for his sister’s party.

He was not vain but so handsome and if you were a friend of his you had a friend for life.

She added “I never got to remind him how proud I was of the young man he had become and what a great gift it was to have him as a son.”

Mr Gilroy, fighting back tears, told the court how he wished he could turn back the clocks on all that had happened.

In a statement read out by his barrister Mr Colm Smyth he said he wanted to apologise to everyone who was affected by his actions.

He said he asked himself every day why this was part of God’s plan and that all that he remembers is being “sucked from the back of the car” and landing on his knees beside his friends who were all in the same place on the road.

He added “I am deeply sorry and I would give my life to undo the damage if I could.”

A medical report on Gilroy said he was attending counselling and suffered from anxiety, flashbacks, panic attacks, a pending sense of doom and that he keeps himself to himself.

His partner Lee Flanagan said she is pregnant with Mr Gilroy and the couple are due their first child saying she cannot imagine trying to cope without him in her life when the baby is born.

Man responsible for Bundoran crash wishes he could “turn back clock” was last modified: April 19th, 2021 by Stephen Maguire