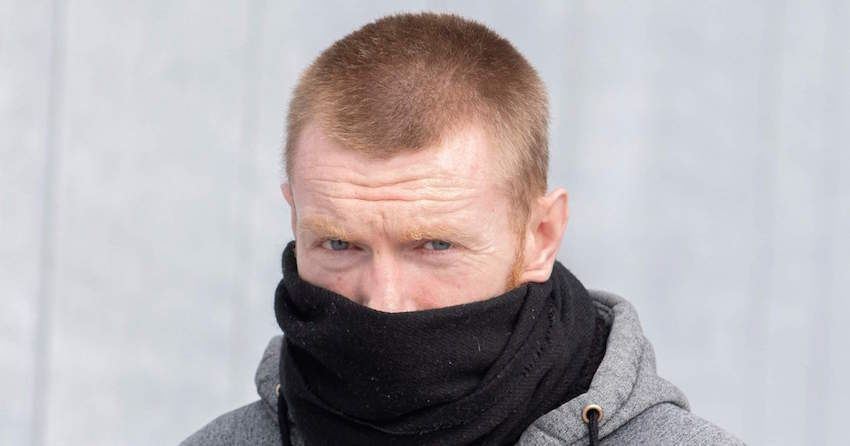 A man broke another man’s jaw during a family meal after the victim refused to drive his attacker’s mother home.

James Horan had enjoyed an Indian meal along with partner Lizzie Bullman and his mother at their home in Bundoran on September 14th, 2018.

The meal was cooked by Horan’s friend Mohammed Shaiful Alam.

At 10pm Horan then asked Mohammed if he would take his mother home to Ballyshannon but he said he didn’t have time as he had to attend prayers.

Horan, aged 32, exploded and grabbed his victim by the neck and began squeezing it.

He then punched him on the left hand-side of the face hitting him with such force that he broke his jaw.

The couple refused to let Mohammed leave the house until 11pm and asked him if he was going to contact the Gardai.

The following day the victim called to Ballyshannon Garda station where he made a complaint.

Gardai noticed swelling and marks to his face and blood coming from his mouth.

He was advised to go to the hospital for treatment and he attended Sligo University Hospital where he was assessed.

Doctors diagnosed a broken jaw and Mr Alam had to have screws and a titanium plate fitted inside his jaw.

Horan was arrested by Gardai on October later that day and taken to Ballyshannon Garda station for interview.

He initially denied that he was there and then claimed he pushed Mr Alam and that he fell back on the sofa and must have bitten his mouth.

In his victim impact statement to Donegal Circuit Court, Mr Alam said he had lost a number of teeth and still had problems chewing his food and still suffered as a result of the broken jaw he received.

He said he had given up his job delivering food as he was now frightened of drunk people.

Barrister for Horan, Mr Peter Nolan, said his client had an extremely low IQ and presented a report from a psychiatrist.

He was now a full-time carer for his partner and also looked after his mother.

Garda Sergeant Stewart Doyle said Horan was more of a menace than a criminal and that he had not come to Garda attention since the incident.

The court was told that Horan, of Seacrest, Bundoran, had experienced the loss of two friends in separate accidents when he was younger including one accident which he himself had survived.

He had suffered a shoulder injury from a broken collar bone and this had a long term effect on him.

Mr Nolan added that his client was the only bread-winner in his house but there was no reality of compensation for his victim.

Judge John Aylmer asked him if he thought he would be able to do community service which involved some light work.

Horan replied he could.

Judge Aylmer said this was a serious assault in which he caused significant harm to his victim, he placed it in the mid-range of such offences and was deserving of a prison sentence of two and a half years before mitigation.

However, Horan had pleaded guilty, this was his first charge of assault and that he had behaved himself since the attack and he proposed to reduce the sentence to one of 18 months.

He adjourned the case until April 20th and if the GP says Horan is fit for light work then he will replace the jail sentence with 240 hours community service.