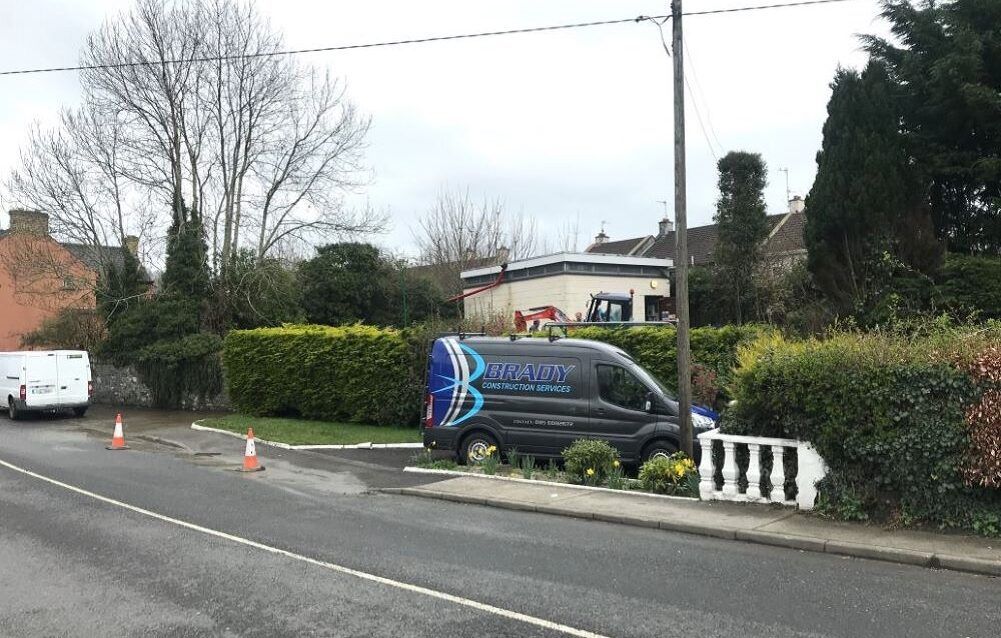 Residents in Killygordon have expressed concern over the erection of an eir communications mast in the centre of the village.

A number of people contacted Donegal Daily over the proposed development at the telephone exchange on Railway Road.

Works started earlier this week on foundations for the mast, which will be situated within a few meters of dwellings, including social housing and a national school.

“No consultation has taken place with locals,” said one resident who did not wish to be named.

“Eir and the telecoms contractors have refused to confirm that a mast was being installed and even misled locals by stating roofing works and upgrades were happening to the exchange building. It was also stated that the large 4x4m base, with 2m deep foundations, was for ‘equipment’.” 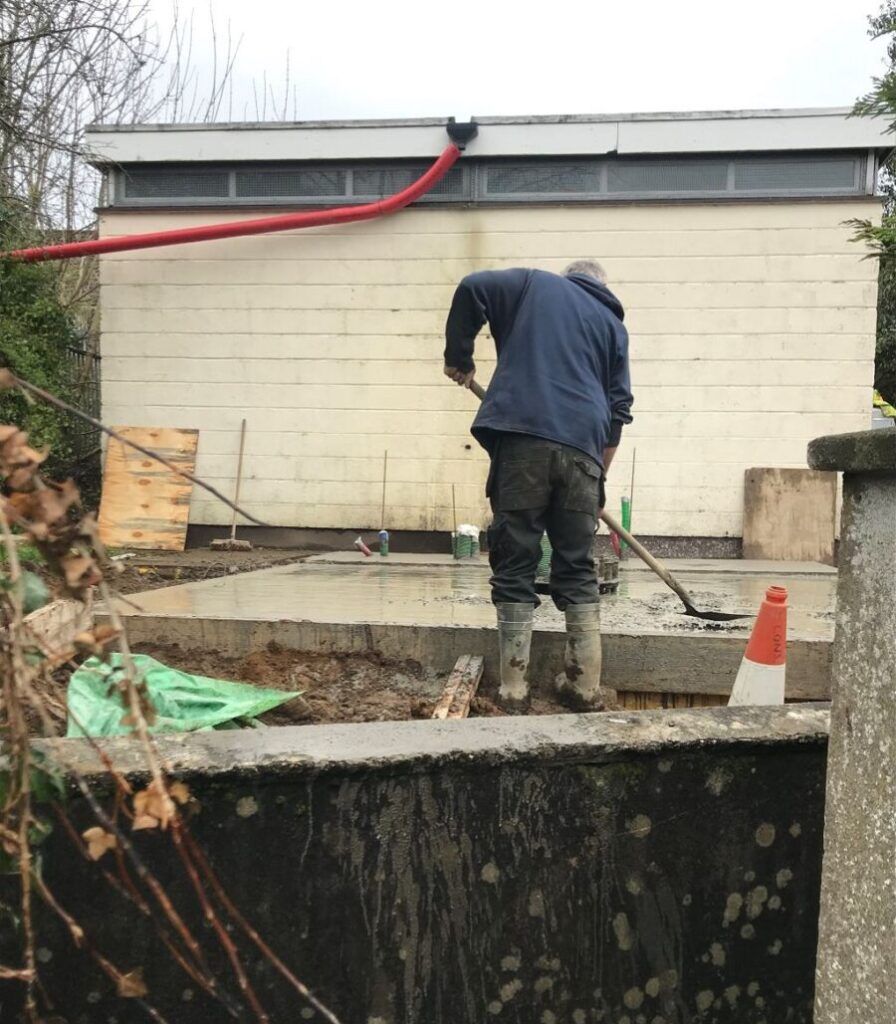 Work ongoing on the mast base today.

Another resident claimed the works had been planned for the school Easter holidays ‘to avoid works being noticed by parents’.

Councillor Patrick McGowan, who also lives in the village, said an eir employee had confirmed to him that a 12 metre pole was being erected at the site and that this was ‘permitted development.’

“The eir representative also told me the mast will ‘improve services’, but wouldn’t say what those services were. I contacted council planners and they said no planning application had been submitted for the site,” Cllr McGowan said.

Eir has yet to respond to our press query.

The latest development comes just weeks after permission was refused for a mast in the nearby village of castlefin.