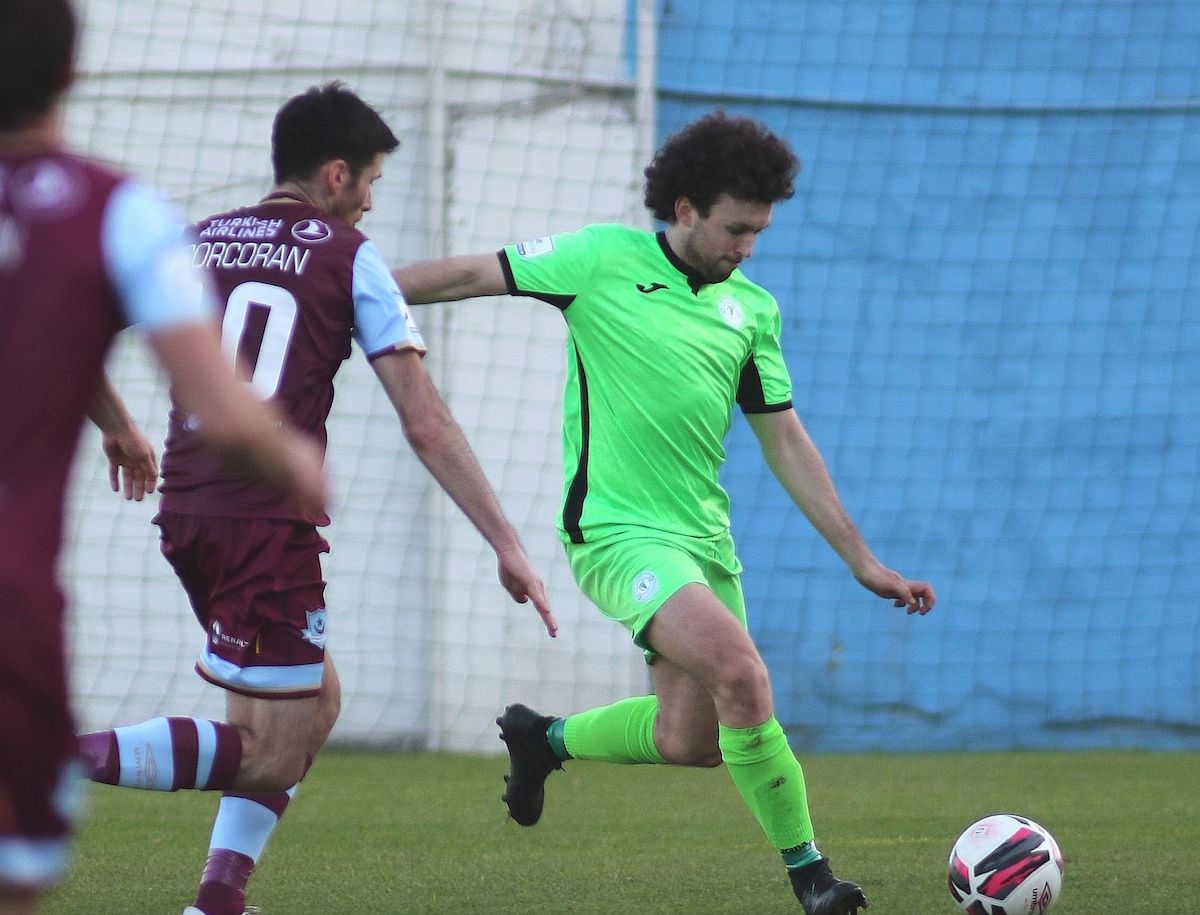 FINN Harps’ unbeaten start to the season continued, but Ollie Horgan’s side were denied a third successive win.

By Chris McNulty at Head In The Game Park. Pictures by Joe Boland, North West Newspix

Karl O’Sullivan’s cracker opened the scoring 11 minutes into the second half, but Mark Doyle equalised just after the hour mark on an even evening.

Horgan indicated in the week that he would take a point at a venue that hasn’t been kind to Harps – and a share of the spoils represented a fair enough dividend.

Harps led when O’Sullivan sweetly struck to the bottom corner of David Odumosu’s net in the 56th minute. Dave Webster’s throw-in was only partially cleared and O’Sullivan’s fired in a rocket to break the deadlock.

It seemed then that Harps could be on their way to maintaining the perfect start, given their penchant for being notoriously hard to shift once in front.

However, the guard slipped and the lead lasted just six minutes, as Doyle tucked home at close range from James Brown’s centre. Brown had been fed by a tidy ball over the top by Darragh Markey.

Harps had big claims for a penalty waved away when Kosovar Sadiki appeared to be pulled down by Hugh Douglas.

There were moments in the closing stages when Harps lived dangerously but Drogheda – who included Harps’ 2019 Player of the Year Daniel O’Reilly among their number – were unable to breach for a second time, 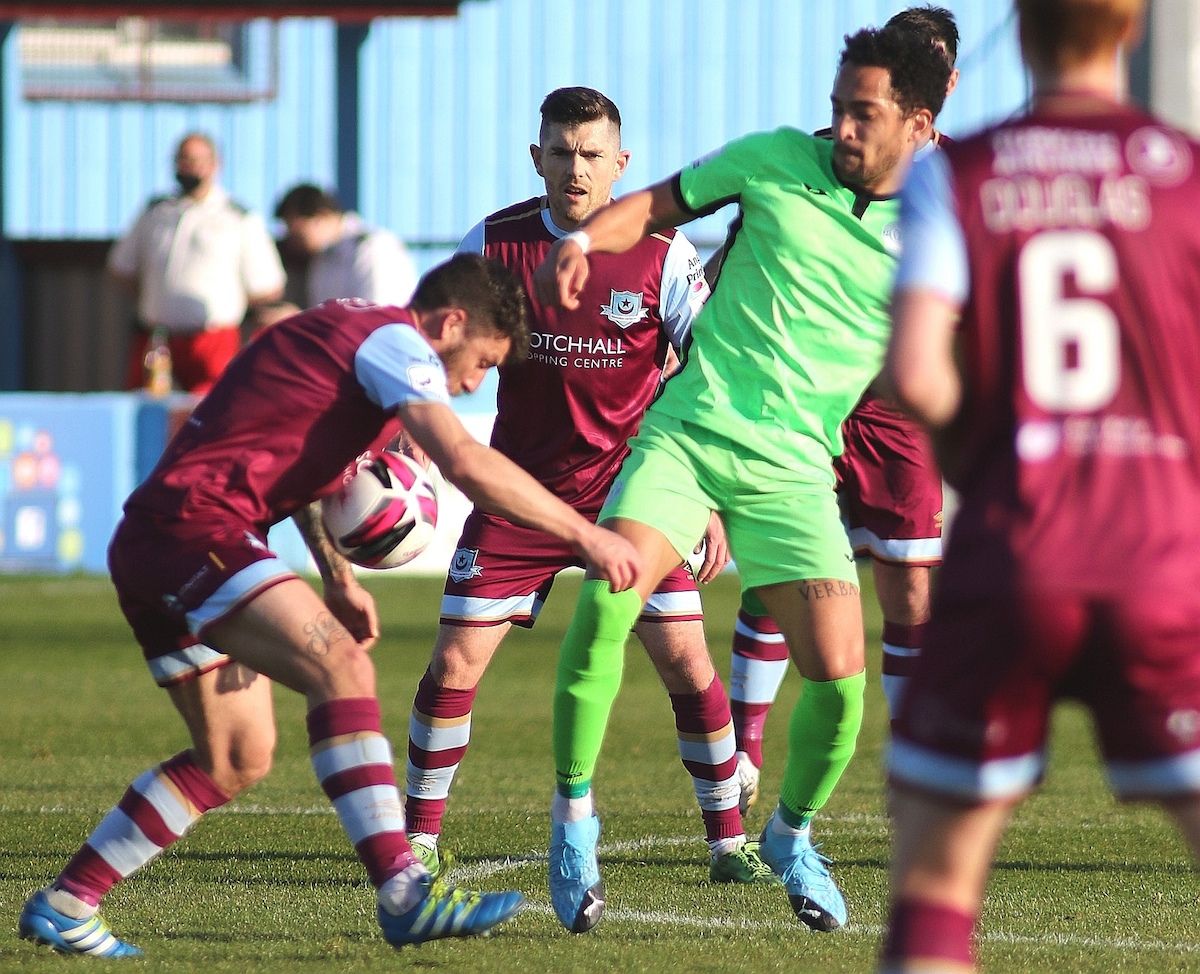 Horgan deployed an unchanged eleven, something that has been a rarity during his tenure as the Harps manager.

The visitors arrived on Boyneside buoyed by wins in their opening two games against Bohemians and Dundalk and Karl O’Sullivan’s sixth-minute volley might have given them a spectacular start, but was unable to direct his attempt on target.

Adam Foley, who hit three goals in the last two outings, was passed fit to start having been listed as ‘doubtful’. Barry McNamee’s reverse pass in the 26th minute invited an opening and Foley’s stinging effort needed a second try for Odumosu, the Drogheda goalkeeper, to hold on.

There was a warning shot for Harps when Conor Kane’s delicious pass fed Doyle, who was just caught by the Harps offside trap, although Mark Anthony McGinley was out to save in any event. 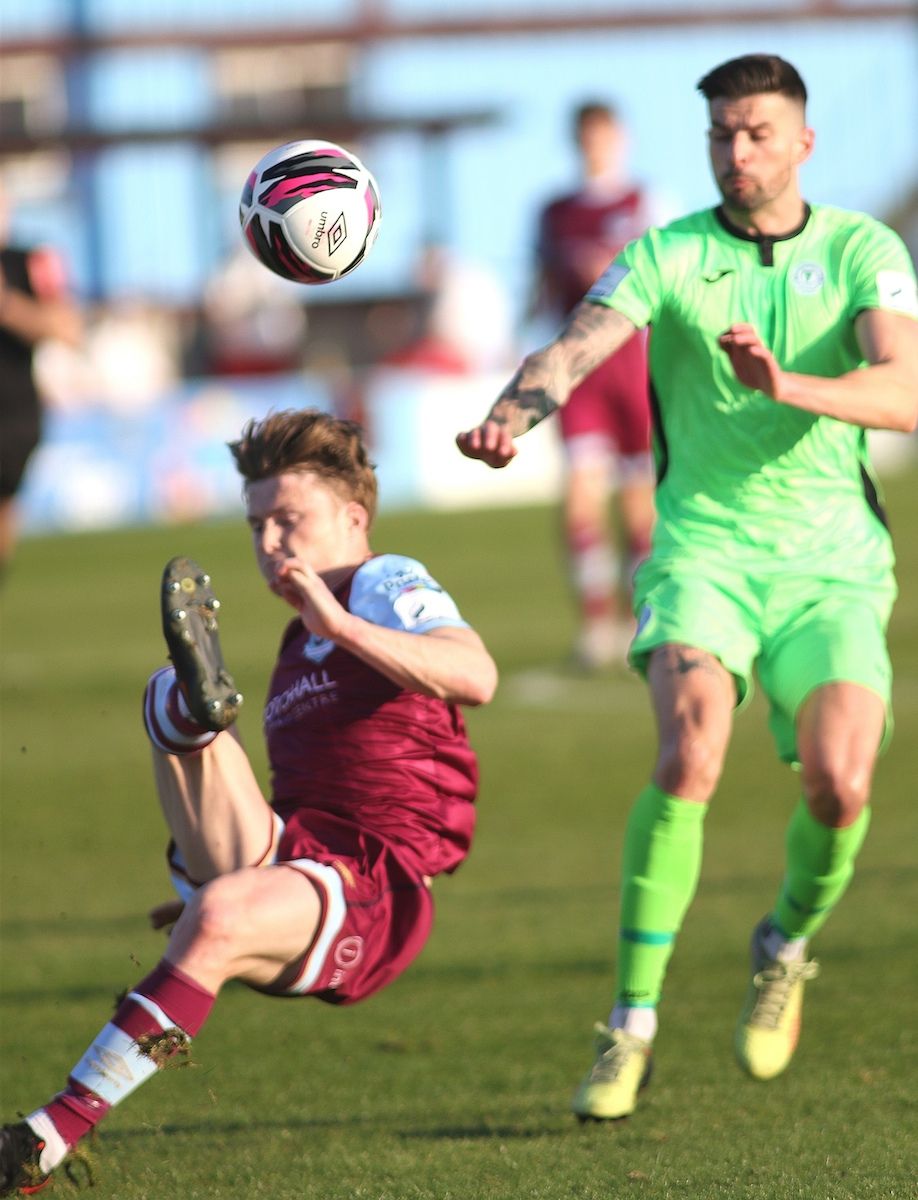 Doyle was proving a menace, but on the half-hour when a big chance presented itself, the attacker lacked conviction and McGinley saved firmly.

A ferocious drive by Barry McNamee forced Odumosu into action in the 34th minute and the ‘keeper beat away down to his right.

Mark Russell almost caught Odumosu out two minutes into the second half, but the relieved net-minder watched as the ball spun over the bar having gone through his grasp. 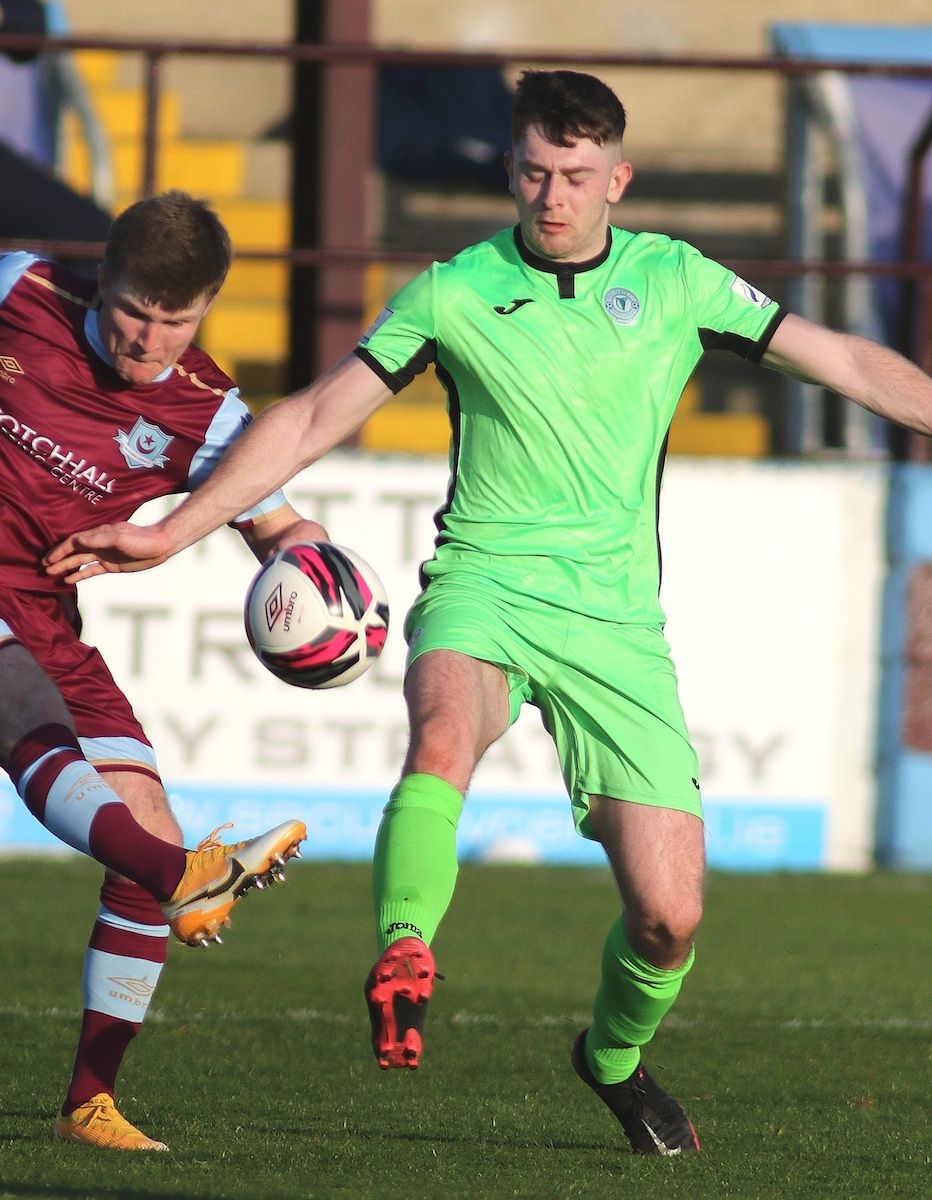 Soon, O’Sullivan was firing in but, just when Harps fans were beginning to look at the standings again, Doyle pounced to secure a point for the hosts.