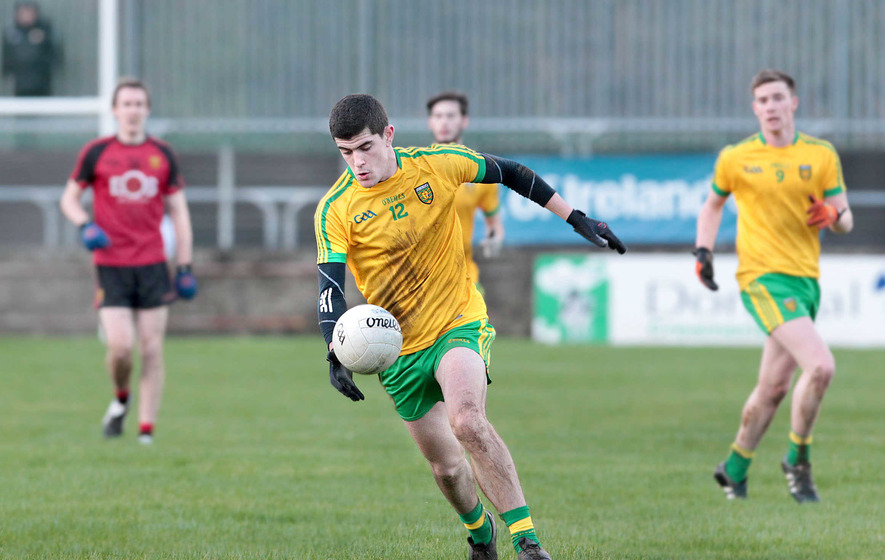 A well-known Donegal GAA player has told a court how he was attacked while out in Co Sligo and suffered a fractured jaw as a result of the incident.

Stephen McBrearty said he was knocked out by an uppercut to the jaw, while on a night out.

The Kilcar and former Donegal player told the court that he could not remember the alleged incident as he was unconscious.

“I am not sure because I don’t remember a thing.”

The 24-year-old told Sligo District Court he was taken to Sligo University Hospital and then on to Altnagelvin about a week later.

He added that he had to get four screws in his mouth for his injury.

It took about for his injuries to heal and “the screws were in my mouth, but they are out now.”

He told the court he was not able to eat normal food for some time after the alleged assault.

When asked by Judge Kevin Kilrane how he was feeling, the witness said he was “not bad” as it was in 2019, almost two years ago.

When asked how he was feeling mentally, he said:

“I have not been the same mentally after it and although there is not much going out with Covid I would be wary of strangers.”

Judge Kevin Kilrane told the court that he would just about accept jurisdiction as it was on the higher end of the scale of offences.

Sergeant Derek Butler said he had looked at photographs and the alleged injured party was “knocked unconscious” from a vicious heavy blow.

Defence solicitor Tom MacSharry asked for the case to be adjourned for a month for a plea or a contest.

Judge Kevin Kilrane told Stephen McBrearty that the case would be going ahead in the district court.

Well-known GAA player tells how jaw was broken on night out was last modified: April 20th, 2021 by Staff Writer