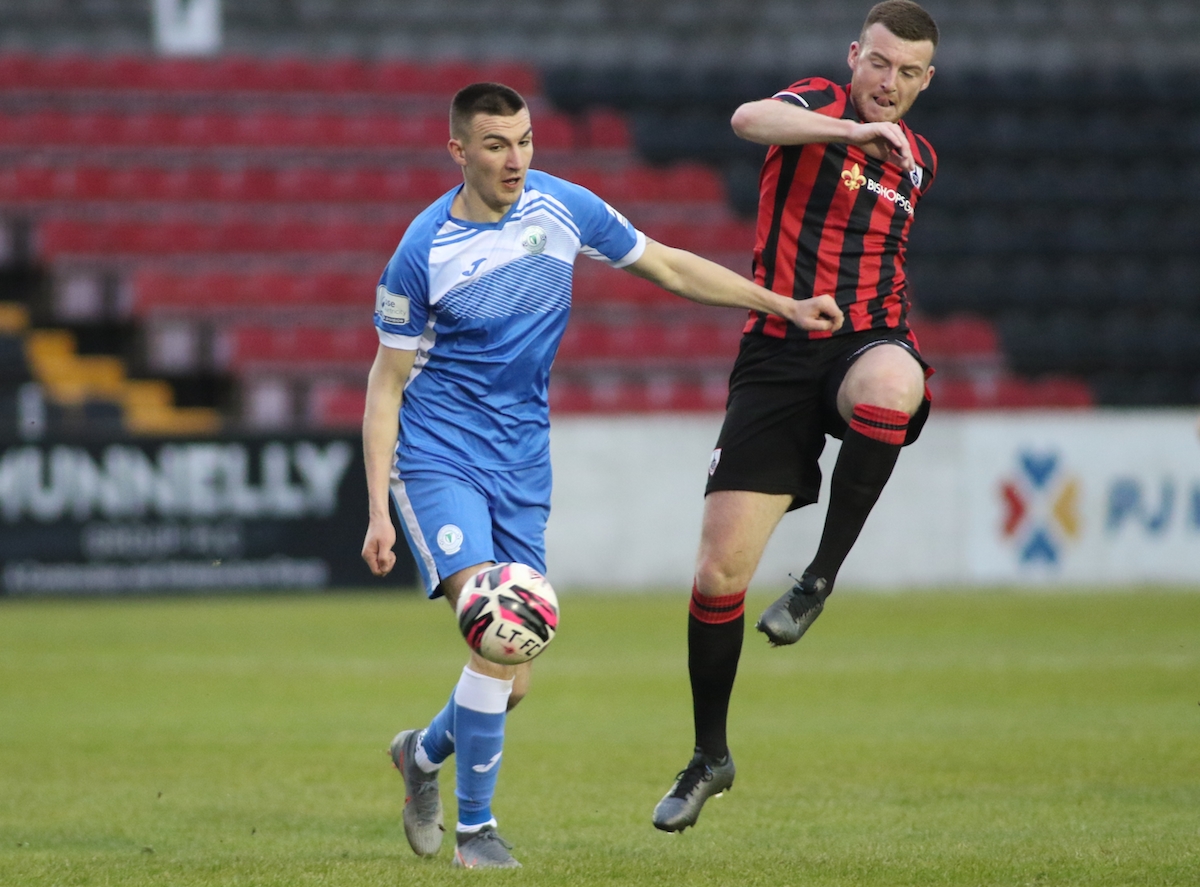 IT WAS a game they should have won, but Finn Harps left two points behind them at Bishopsgate.

Harps lacked a killer edge in front of goal on a night when they were the dominant side and were left to rue those moments when they spurned the game’s best chances.

Sean Boyd, making his first start after a 15-month injury lay-off impressed for Harps and might have been the hero.

Boyd drew a smart save out of Michael Kelly on the half-hour when Barry McNamee – enjoying a more central and involved role here – invited the shot. Tony McNamee was too high with the rebound when he might have hit the target.

Late in the night, sub Ryan Shanley saw a stinging effort deflected over as Harps were left to make do with a share of the spoils. 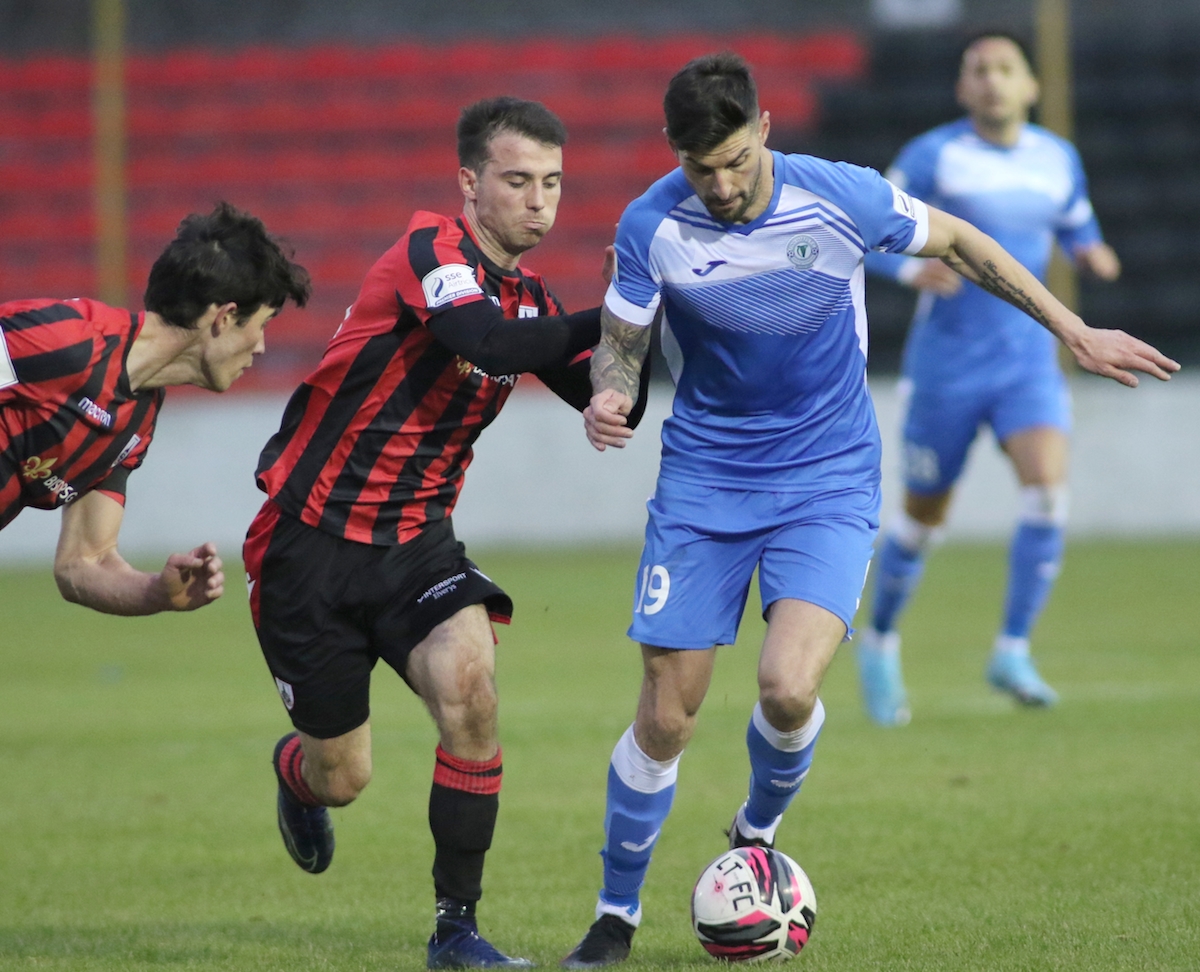 Boyd and Tony McNamee were promoted to the Harps XI and they almost combined for the opener on 27 minutes with Boyd off target with a header from McNamee’s cross.

Boyd spent time at both Harps and Longford in 2019, but a horror injury while on the PFAI winter training camp that December came like a sledgehammer.

Ollie Horgan was among a small attendance at the Bower Fold Stadium, where Northern Premier League club Stalybridge Celtic call home. A ruptured cruciate ligament and torn meniscus kept Boyd out until he returned to Harps this season, ending 15 monte of agony. 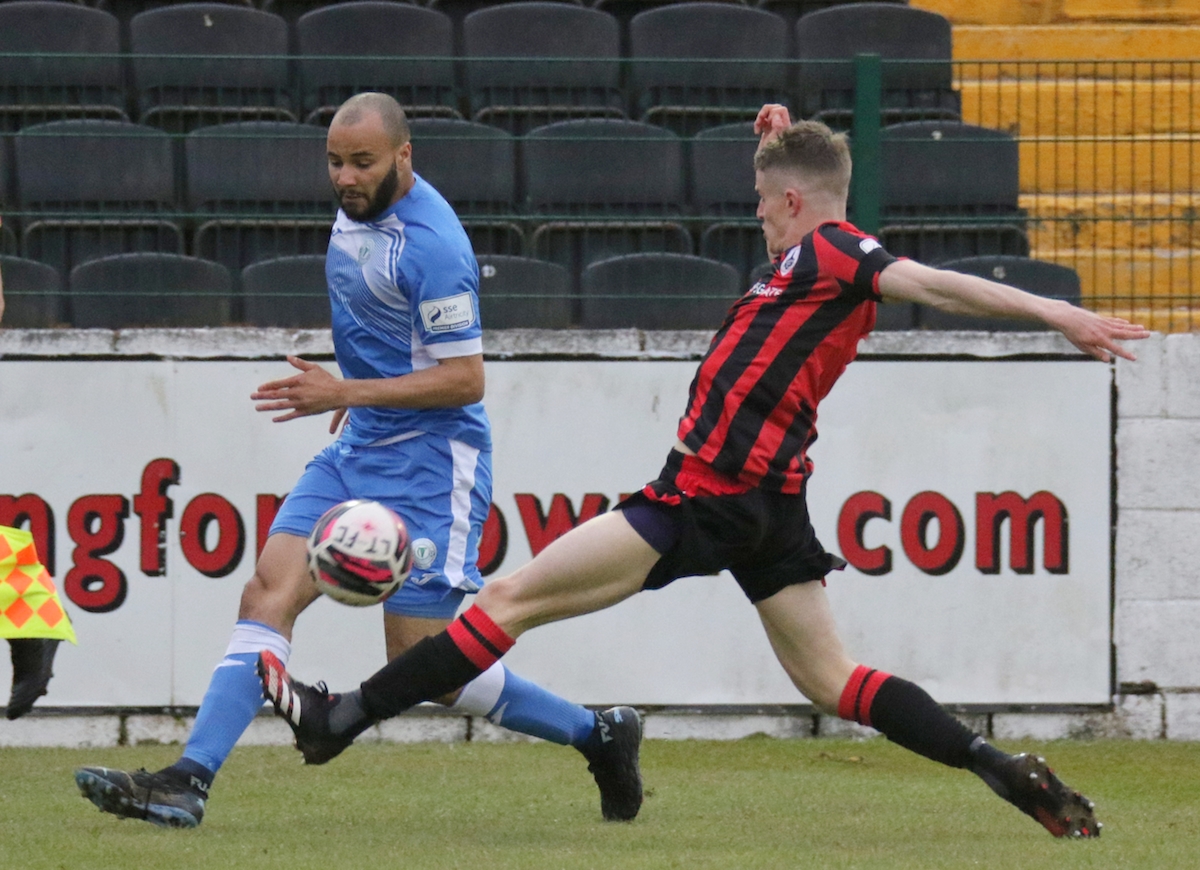 Ethan Boyle tested Kelly three minutes into the second half with Harps – who saw Shane McEleney limp out of proceedings in the early exchanges – on top.

Fifteen minutes from the end, Ryan Shanley, just in as a substitute, popped over the crossbar when Kelly could only punch clear Barry McNamee’s free kick.

Bishopsgate, the compact all-seater ground on the Strokestown Road, serves as a reminder of the days when Longford dared to dream, winning FAI Cups in 2003 and 2004 the the League Cup in ’04. An upgrade of the old place allowed them to host three UEFA Cup ties at Flancare Park, as it was known in those heady seasons.

Longford pushed Shamrock Rovers to the pins of their collar on Saturday, the champions needing a 93rd minute goal by Sean Gannon to win the game. Verdon’s inclusion was one of three changes made by Town boss Daire Doyle. 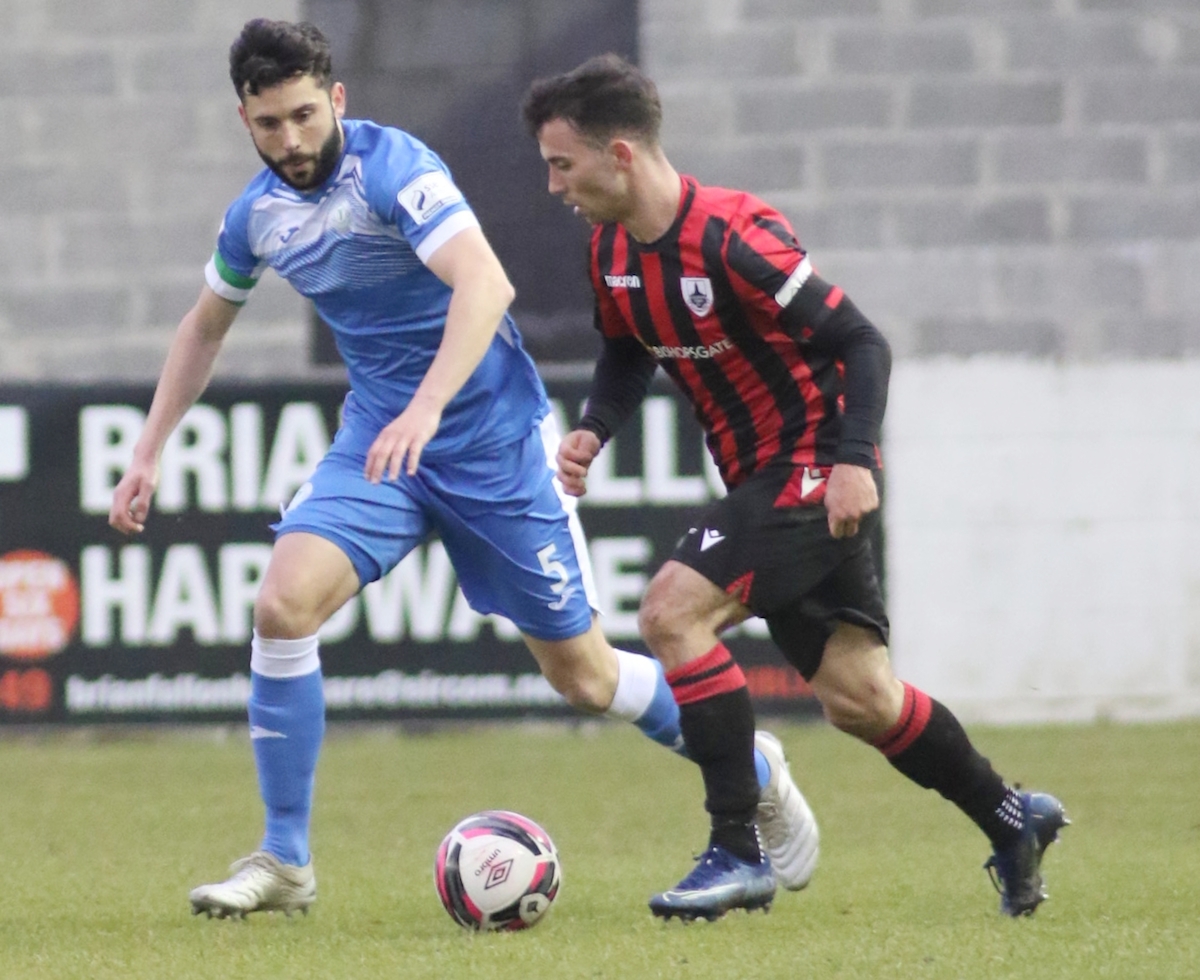 Sam Verdon fired in the evening’s first attempt, but his low shot from the left side of the penalty area flashed wide of the far post.

Verdon was briefly at Harps in the 2019 season, making just one appearance, against Bohemians, before making a return to Longford. 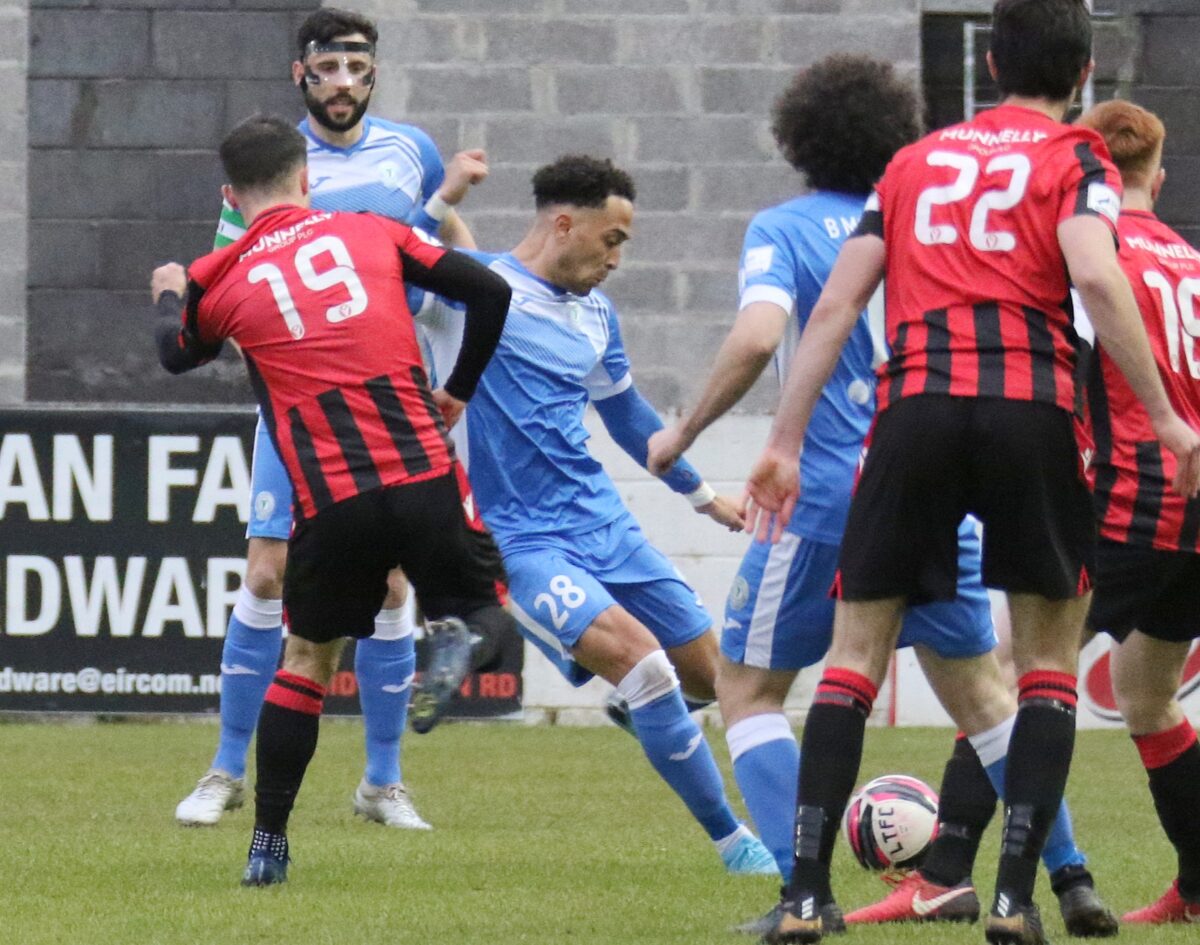 Harps goalkeeper Mark Anthony McGinley was backed by his manager to recover from an error at the weekend and the Ards man raced out to thwart the advances of Dylan Grimes as Longford threatened.

For the remainder, McGinley had a peripheral role in the play, but Harps were unable to make their moments count.