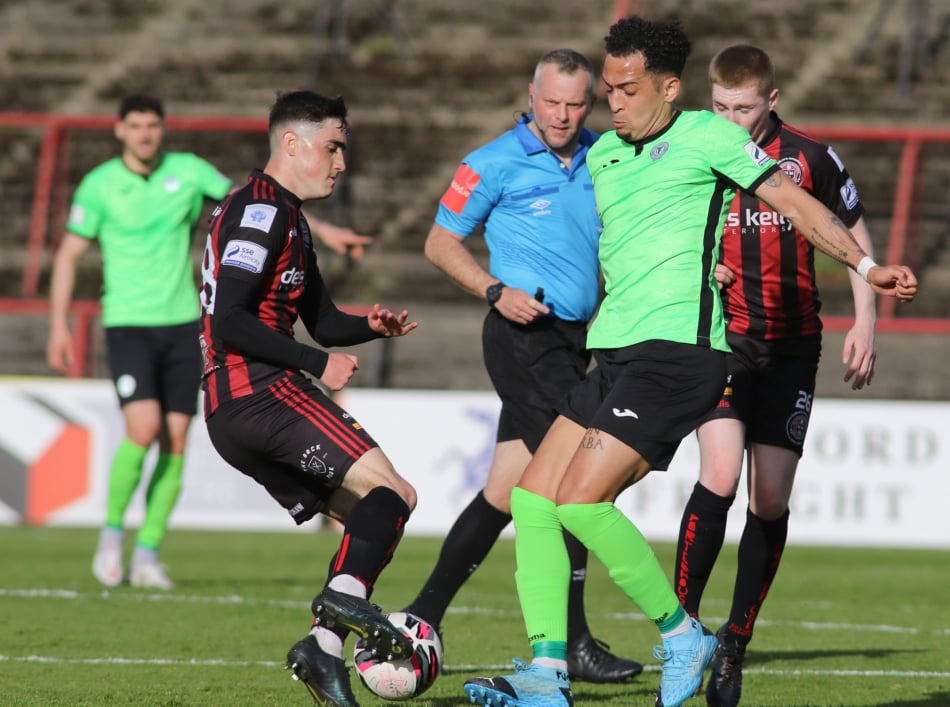 Bohemians ‘do damage’ to punish Finn Harps with heavy defeat

OLLIE Horgan warned during the week that Bohemians would ‘do damage to someone’ – and they did it to Finn Harps this evening.

Ali Coote was on the double with his first Bohemians goals after Ross Tierney opened the scoring for the Gypsies. In the dying embers of the game, captain Keith Buckley rattled in a fourth.

Keith Long’s side have endured an indifferent start to 2021, but they had earned a first home win of the season by half-time.

Although Bohs’ form was patchy in the first series of games, Horgan cautioned during the week: “They will absolutely do damage to someone in the coming weeks. We just have to hope it isn’t us.”

His words proved prophetic, if not ominous.

Harps looked in need of smelling salts at the interval after Coote struck the third in the final minute of the opening half.

Harps only partially cleared their lines and Coote finished low, via the far post. 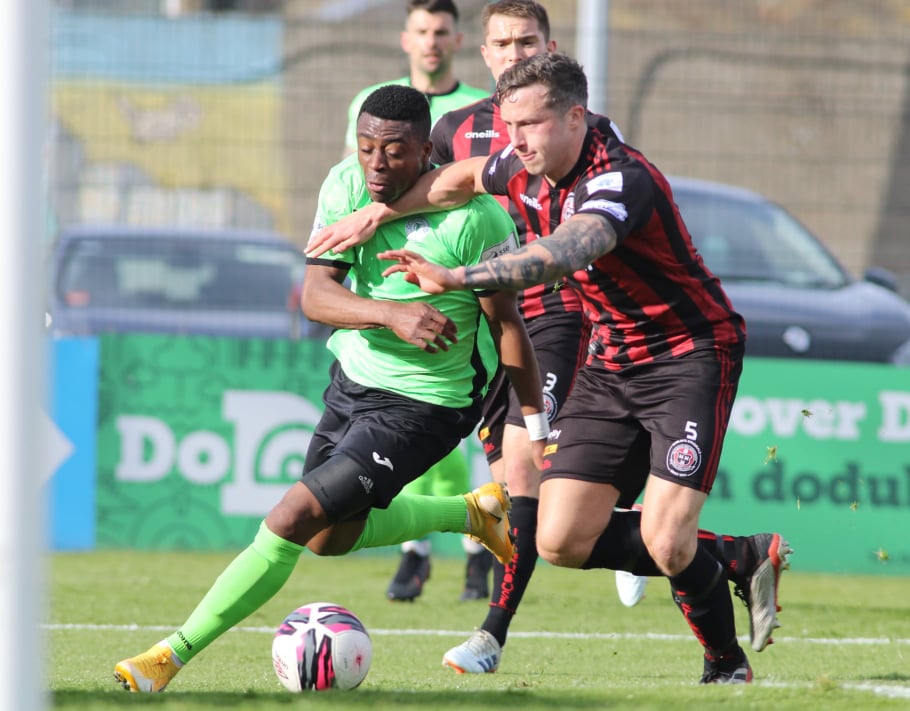 It was a first half to forget for Harps, who were unchanged from their dramatic derby win at Derry City on Monday night, when Adam Foley’s late goal secured a first ever League win at the Brandywell.

Bohs’ pressure paid off when Tierney tucked home from close range after getting on the end of Liam Burt’s low ball across the six-yard box.

It was a deserved goal for the hosts, who began with plenty of energy and pinned Harps back during the early exchanges.

Just two minutes later, the lively Tierney headed over from Liam Burt’s free kick, but Bohs didn’t have to wait too long to double the lead. 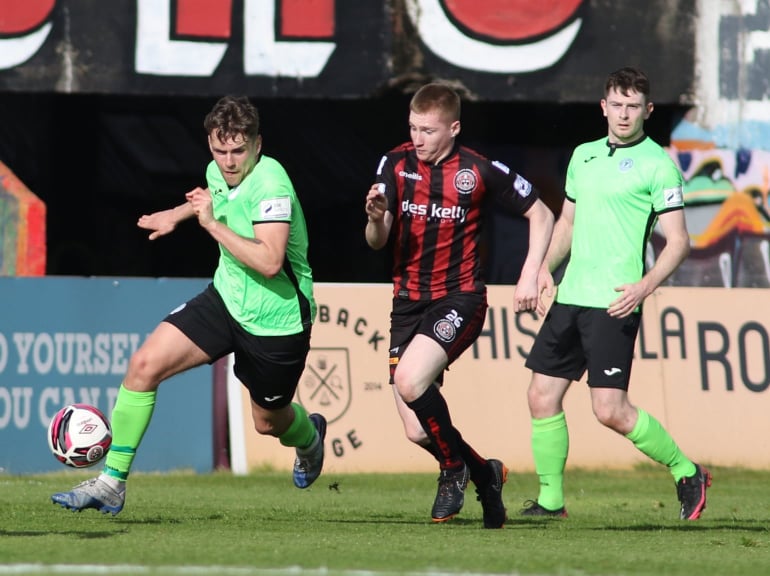 Harps had their pockets picked, Rory Feely fed Coote, who drove from inside his own half to riffle past Mark Anthony McGinley from 20 yards.

Feely was involved moments later as Bohs went in search of pressing down on Harps’ throats, but his curling cross from the right whizzed beyond the far post.

Rob Cornwall warmed McGinley’s gloves from distance after Harps almost inadvertently got a goal back. Tunde Owolabe charged down to block a clearance from James Talbot, but the ball flew wide after cannoning off the Harps frontman. 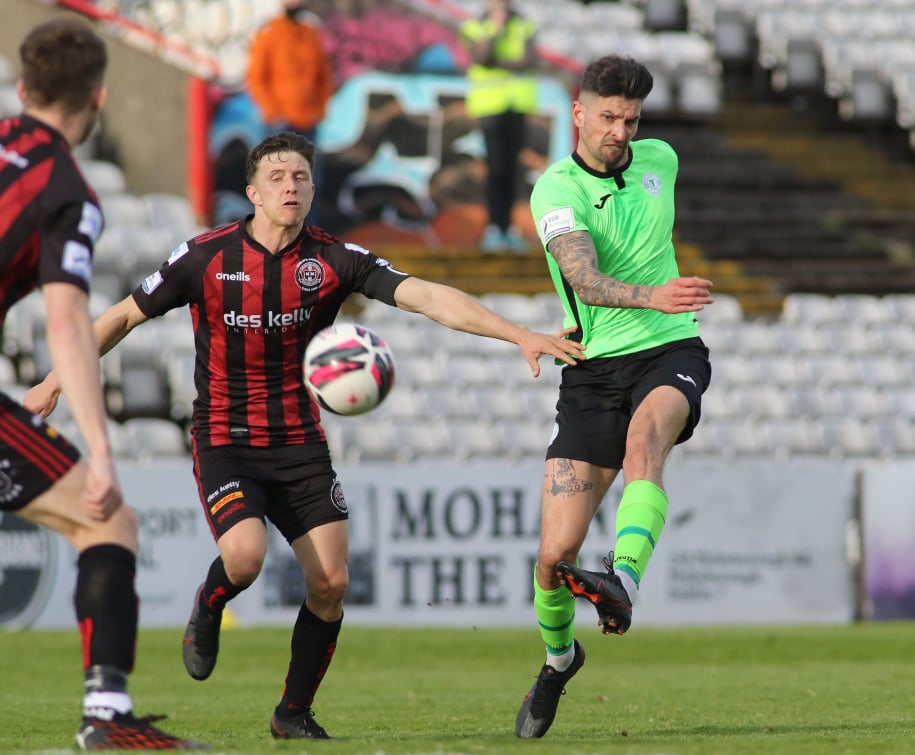 Keith Long recalled Feely and Coote to his team with Andy Lyons and Tyreke Wilson dropping to the replacements. Bohs were denied victory right at the death by Drogheda United on Monday as a 93rd minute equaliser from James Clarke shared the spoils.

Horgan rang the changes at the break with Johnny Dunleavy, Ethan Boyle and Sean Boyd all sprung into action.

In the first minute of the second half, Burt shot wide as the home side showed no signs of lifting their feet from the gas.

Foley, the hero of the night in Derry, dragged wide when Will Seymore created an opening, while Barry McNamee forced Talbot into action, but the Bohs ‘keeper was equal. 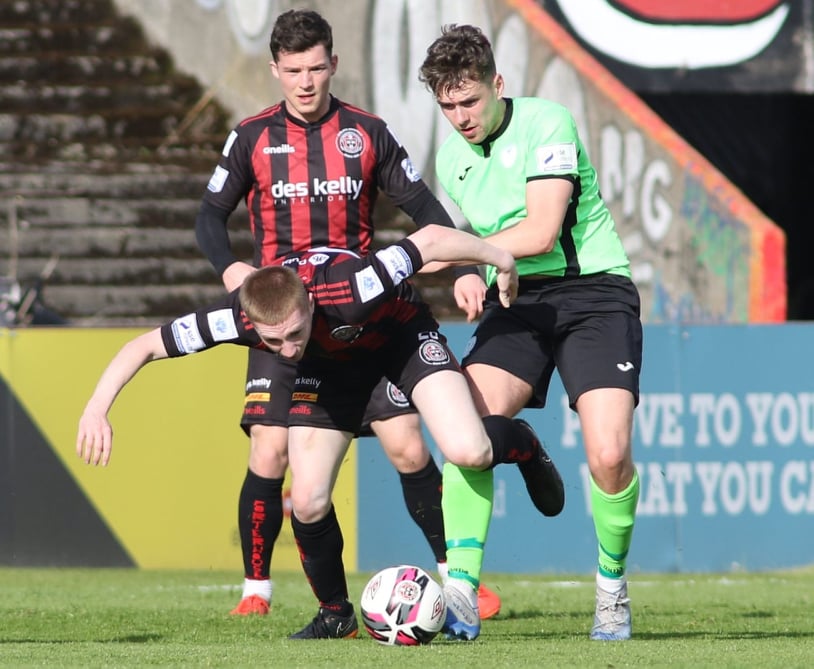 Harps improved and Seymore blasted wide with a great chance just before the hour, but it took a fine McGinley save to repel a strong attempt by Burt.

Tierney cracked off the underside of the crossbar with Bohs on the look out for another. They got it four minutes into added time when Buckley completed the rout.