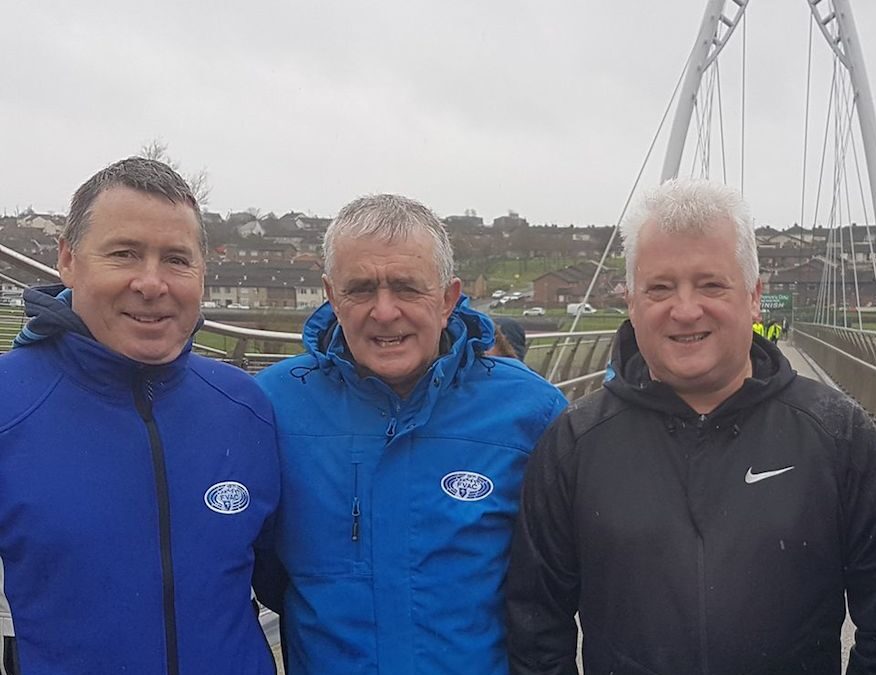 Maguire, a native of Strabane, will begin in the role from next weekend, Donegal Daily/Donegal Sport Hub can confirm.

Last year, Maguire left his role as the director of performance and coaching at Scottish Athletics.

Maguire had a storied spell working with the Great British squads and also in his role in Scotland, who he helped to four track and field medals at the 2014 Commonwealth Games in Glasgow.

At the 2017 IAAF World Athletics Championships in London, Maguire masterminded a stunning haul of medals. Britain won medals in all four relays, including the gold in the men’s 4x100m.

“Stephen’s record in the sport stands up anywhere and it is a massive coup for the club to obtain the services of a coach with his knowledge, experience and track record.”

Maguire was the Head Coach of the Irish Athletics Team for the 2012 Olympic Games in London, where McGonagle was the team manager.

Maguire previously spent some time coaching at Finn Valley AC before moving into international teams. In his youth, Maguire, who competed for Strabane AC, represented Ireland at schools and underage athletics meets.

Those who will form the sprint academy are all nationally ranked athletes.

McGonagle said: “This is very exciting for everyone involved at Finn Valley AC, in what is our 50th year in existence.

“The club’s athletes can only benefit from learning under the guidance of someone like Stephen who has a proven history at the very highest level in the sport. Our coaches will also gain massively from this new link-up.”