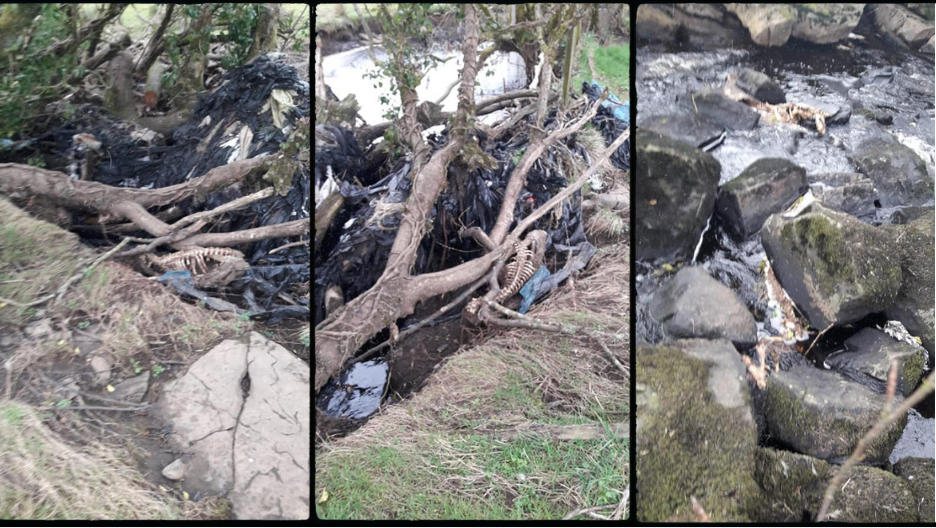 THE carcasses of 19 dead sheep were found by anglers in south Donegal.

Anglers on the Termon River in Pettigo made the grim discovery.

It is believed that the dead sheep were tossed into the river from bridges near Lettercran Chapel.

The carcasses of 19 ewes were found in various states of decomposition in the river.

Donegal County Council, Fermanagh and Omagh District Council, the Environmental Protection Agency and the Department of Agriculture have all been informed.

“This illegal dumping shows little respect for the animals, the fish and wildlife in and around the river, nor the community who live downstream of the dumping sites,” a spokesperson for the Pettigo and District Angling Association said.

“The Termon river is an amenity for the community, a source of drinking water for humans via Lough Erne and animals and not a dump. This practice needs to stop.”