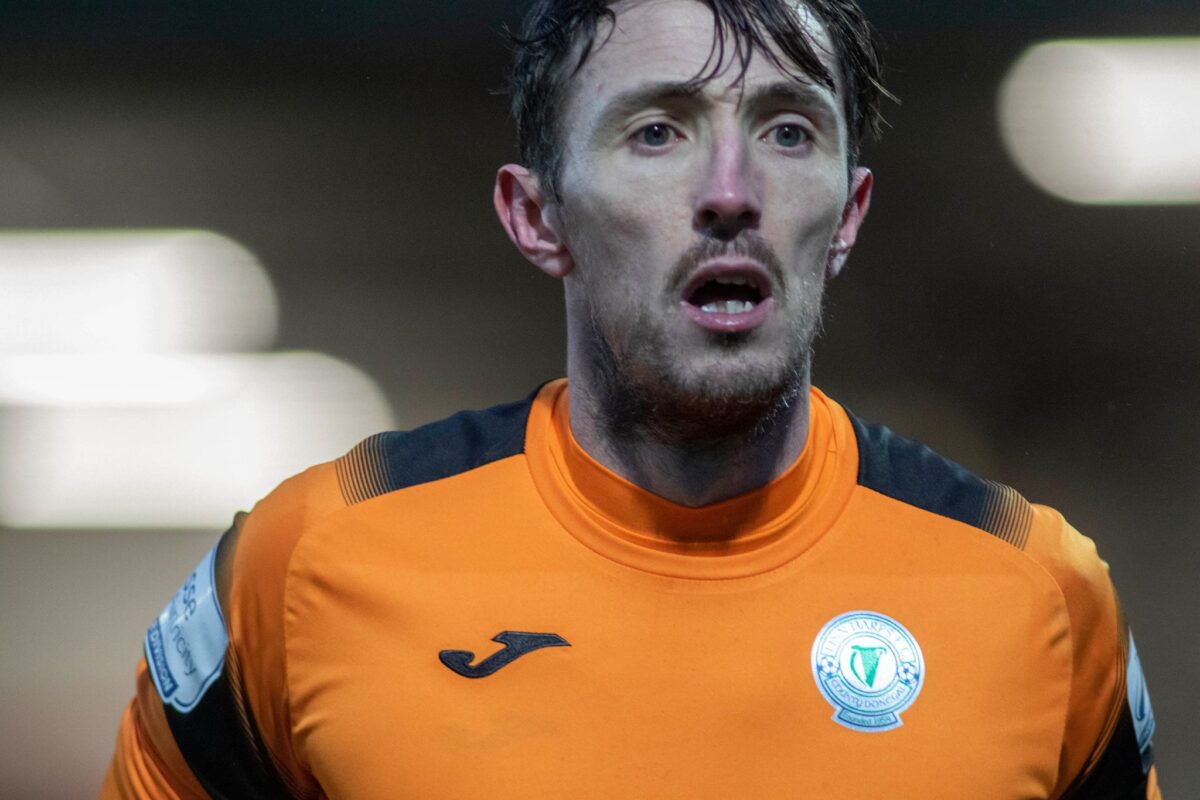 Watch: ‘We have to hold our hands up’ – Harps ‘keeper McGinley

MARK Anthony McGinley says Finn Harps have to ‘hold the hands up’ after Saturday’s heavy loss in Dublin.

Harps went down 4-0 at Bohemians on a wayward night for the Premier Division’s fourth-placed team.

Arda man McGinley was making his 50th appearance for Harps, with boss Ollie Horgan managing the side for the 250th time.

“We’re very disappointed,” McGinley (pictured by Joe Boland, North West Newspix) said as Harps fell to a heavy reversal, having been 3-0 down at half-time.

“The first half really killed us. It was a long way back. We had too much a mountain to climb.

“It was very unlike us this season. We have to forget about it now.

“You get those days in a long season. Hopefully they’re the fewer days like these and we’ll be happy to keep these to a minimum.”

A late goal by Keith Buckley completed the scoring.

McGinley said: “You have to give Bohs credit. They took their chances. Everyone makes mistakes, but you have to get on with it.

“That game is gone and we have to move on. They started very well and took their chances so you have to give them credit. Things fell for them and we have to hold our hands up.

“Teams are taking points off each other, right, left and centre. We have to get back to work next week and forget about this. It’s about trying to get back on the wagon.”

Watch: ‘We have to hold our hands up’ – Harps ‘keeper McGinley was last modified: May 9th, 2021 by Chris McNulty
Tags:
2021 League of Ireland Premier DivisionArdsBohemiansfinn harpsMark Anthony McGinley