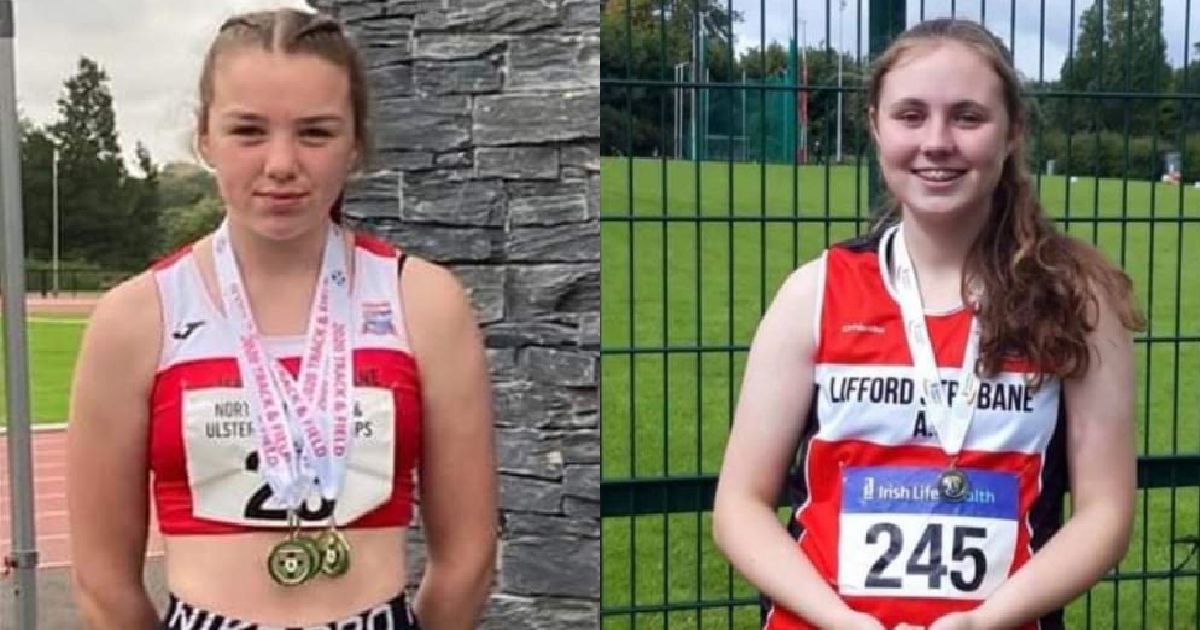 written by Chris McNulty May 15, 2021
FacebookTweetLinkedInPrint

ON A DAY when Lifford Strabane AC’s Ashleigh McArdle won FOUR gold medals, Adrienne Gallen broke the Donegal hammer record at the U15 and U17 Jumps and Throws Meet in Belfast

McArdle won the under-15 girls high jump, going over at 1.56m for a new personal best.

McArdle’s 4.86m won the under-15 girls long jump from club mate Emer McFadden (4.46m) while Ellie McCurdy, also of Lifford-Strabane AC, won the under-17 javelin with a 38.35m throw.

McArdle won the under-15 girls javelin, her farthest effort touching down at 29.73m in an event that saw McFadden take bronze (21.33m).

Lifford-Strabane AC’s Gallen won the mixed senior hammer, launching a best attempt of 49.39m. That effort was not only a new PB, but it shattered the 2002 record of 33.25m set by Michelle McElawaine of Tir Chonaill at Tullamore.

Finn Valley AC’s Blaine Lynch was the gold medalist in the under-17 boys javelin. Lynch bagged the top spot as he threw to 49.22m, beating off Paddy Taylor from Cookstown, whose 48.84m secured silver