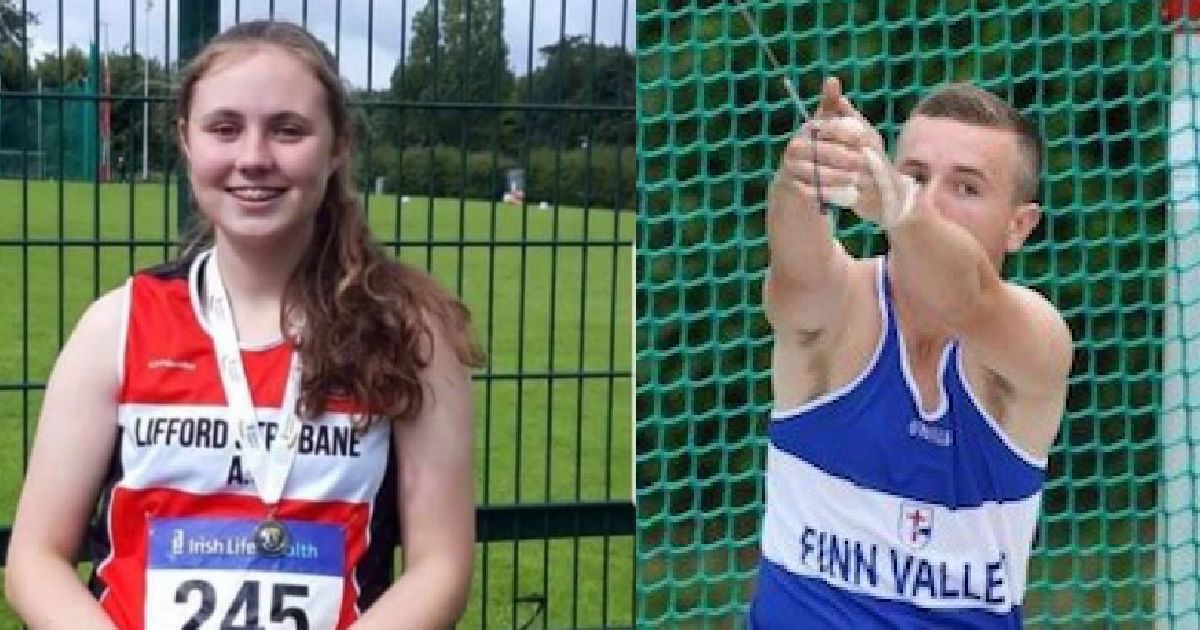 written by Chris McNulty May 23, 2021
FacebookTweetLinkedInPrint

Gallen broke the Donegal senior record in Belfast with McGuigan securing a Commonwealth Games qualifying mark while competing in England.

At the Athletics NI Senior Throws event at the Mary Peters Track, Gallen went beyond 50m for the first time.

The event was won by the reigning Irish senior gold medalist, Nicola Tuthill from Bandon, who had a best effort of 59.68m.

Last weekend, Gallen launched a monster 49.39m record to eclipse the 48.58m she set on her way to winning a National Junior silver medal in October. Gallen was inches from a National Senior medal in 2020, finishing fourth at Santry.

The teenager has a history of record-breaking, In June 2019, she shattered the Irish Schools record when she reached out to 57.24m, breaking the previous best by over three metres.

At the Loughborough International, McGuigan finished fourth with a 70.30m throw.

The Finn Valley AC man was close to his Donegal record of 70.55m with his furthest throw in four years, a sure indicator that he’s in fine form.

While an Irish senior gold has eluded McGuigan, he is currently the highest-ranked Irish hammer thrower.

Second Commonwealth 🔨 standard of 2021 for @DempseyMcGuigan (Andy Frost) and his furthest official throw since 2017 with 70.30m for 4th at the @LboroAthletics International @AthleticsNI #CommonwealthPotential pic.twitter.com/DNZQbDDzwi

Today’s throw gives McGuigan the Commonwealth standard for the 2022 Games in Birmingham. The two-time Commonwealth Games competitor was in the final at the last instalment in Australia.

Back in Belfast, Gavin McLaughlin won the men’s shot, reaching out to 16.49m, the third best ever throw by a Donegal athlete. It was a significant mark for the Finn Valley AC man, who was considerably ahead of Glaslough Harriers’ Ronan McKenna (10.39m).

In the women’s shot, Una O’Donnell (Lifford-Strabane AC) was second with a throw of 9.40m.

Gareth Crawford (64.88m) and Aaron Crawford (57m) were second and third in the men’s javelin.