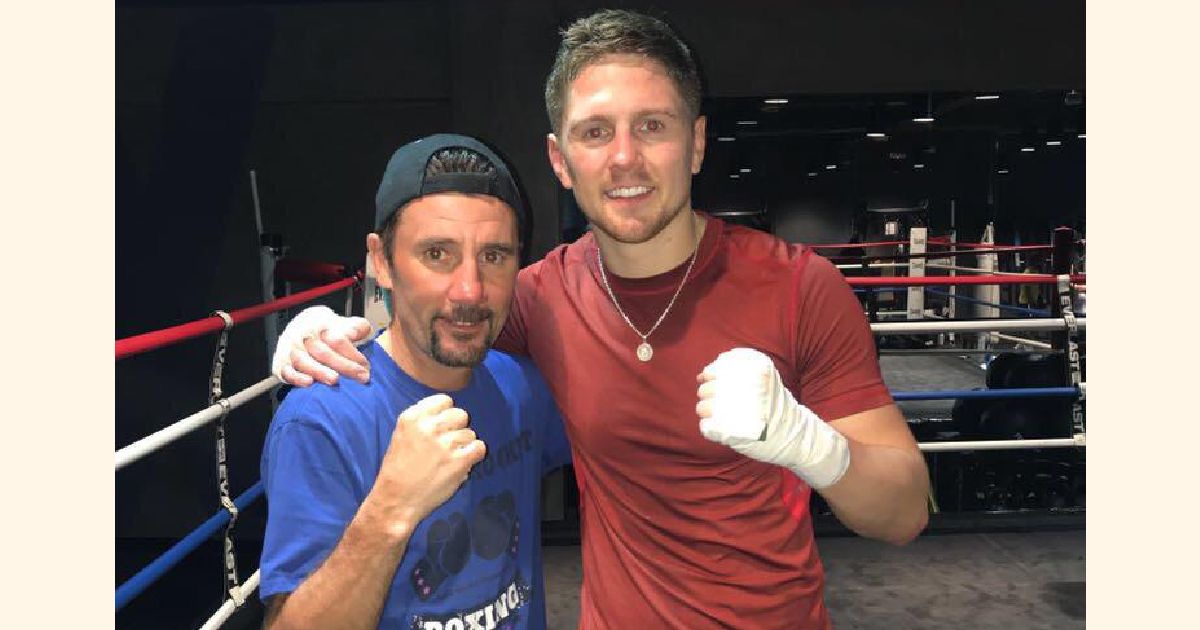 ‘Ready to rumble’: Wayne McCullough excited to work with Quigley for title tilt

The bout, on the undercard of the WBC world lightweight title bout between Devin Haney and Jorge Linares, will be shown live on DAZN.

Quigley will have former WBC bantamweight champion McCullough in his corner this weekend. ‘Pocket Rocket’ McCullough is filling in with Quigley’s coach Andy Lee unable to travel.

“I’m honoured to be here,” McCullough said. “I know where Jason is at and he has the ability to win this fight.”

In 2011 Quigley boxed twice in the World Series of Boxing with the LA Matadors and McCullough walked the Ballybofey man to the ring for his wins over Vitali Bandarenka and Troy Trevor O’Meley.

McCullough, the bantamweight silver medalist at the 1992 Olympic Games in Barcelona, is excited with the chance.

He said: “I’ve had a good talk to Andy, who’s a great guy. I won’t change his style or anything drastic. It’s just small things this week.

“We’re just sort of fine tuning for the last week now and he’s ready to go. I’m grateful to get this opportunity. A lot of people would jump at this.”

McCullough has been impressed by what he has seen from the Ballybofey man so far.

He said: “Jason is hitting really hard and he’s as fresh as a daisy.  He’s ready to rumble. I think Jason will be ready to knock down walls. He’s confidence, he’s sharp, he’s on weight and he’s ready to go.”

Lee believes that his man will take a step towards his world title ambitious this weekend.

Lee, the former WBO middleweight champion, said: “Jason has trained really well for this fight. He’s a dream to work with. He’s one of the easiest guys I train. What you’ll see – and what I see – is someone who is in control of himself, who knows what he’s doing in the exchanges and the rounds.”

Quigley will also have the Raphoe ABC head coach Gary McCullagh and Robbie McKeever, Lee’s assistant coach, in his corner.

Quigley said: “It’s a big fight for me. I’m excited and looking forward to it. I’m ready to rock and roll. There is no question in my mind that i’ll get in there and take care of business.”