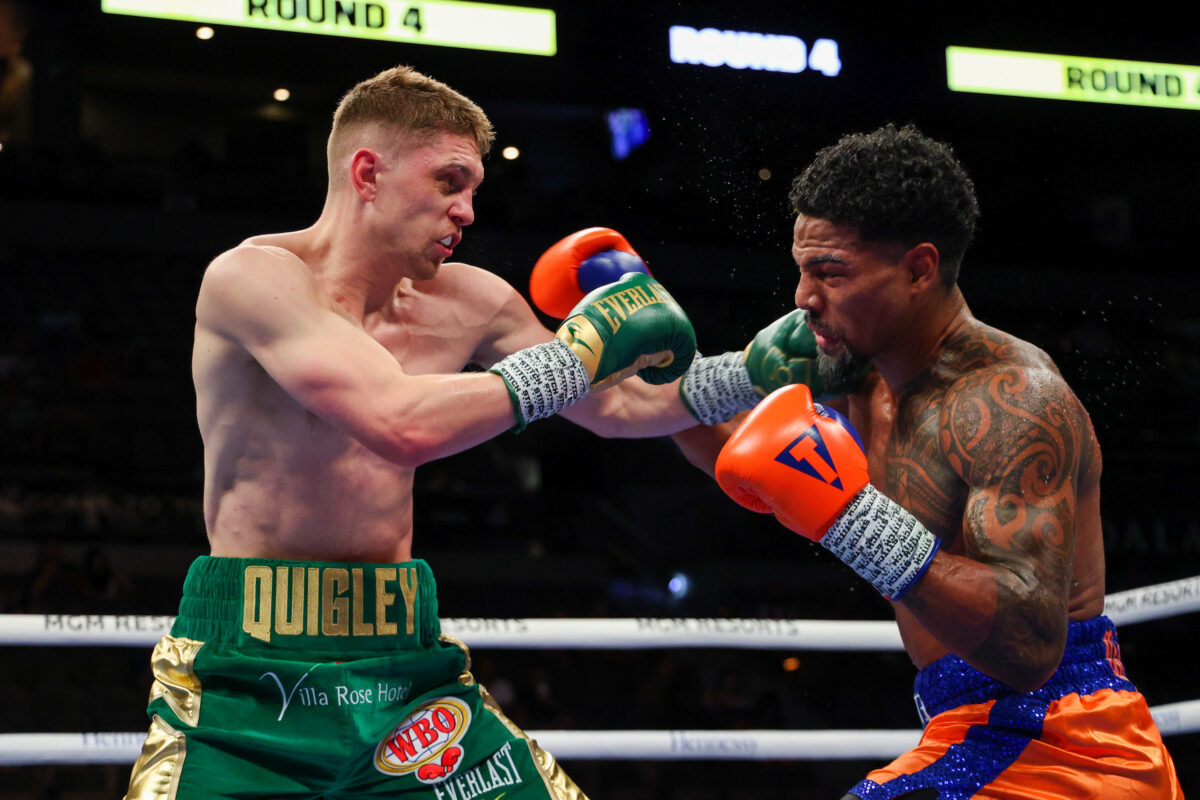 written by Chris McNulty May 30, 2021
Facebook0Tweet0LinkedIn0Print0

Victory by majority decision gave Quigley the NABO middleweight title and brings him into the focus of the division’s leading lights.

Mosley Jr was in front by the end of the fifth round, but Quigley really showed his wort down the stretch.

The Ballybofey man sprung from the blue corner for the seventh round as if to taunt Mosley Jr with his energy.

Watch the fight highlights, via DAZN, below …