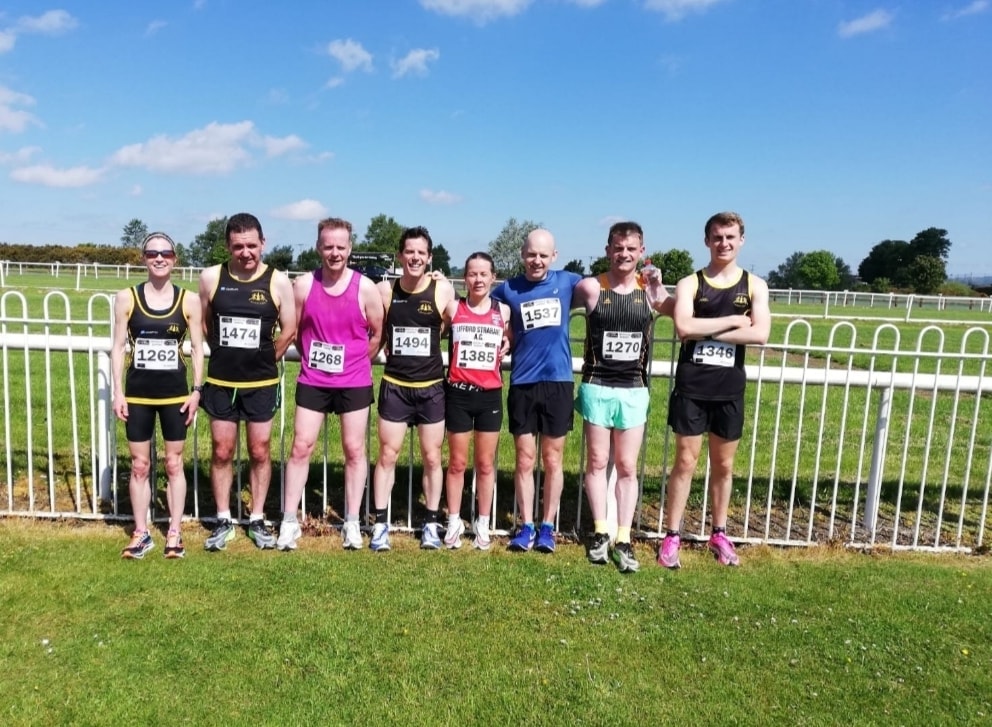 Several Letterkenny Athletic Club runners were in action over the weekend and the standard of all their performances would suggest that they didn’t spend the long winter lockdown months watching box sets.

On Saturday, endurance specialist, Ciaran McGonigle, had an outstanding run in the gruelling 50K Northern Ireland and Ulster Championship in Down Royal. Many excellent athletes have a target of a sub 3 hour for a Marathon. Ciaran ran a distance of about 5 miles more than marathon distance and still managed to clock sub 3 hours.

On Saturday afternoon, Danny Mooney had a tremendous run in the 1500m race at the IMC event in Belfast. Danny put in a superb finish to cross the line in 4th place in an excellent time of 3.47. The race winner was Darragh McElhinney.

On Saturday morning, 3 female LAC runners travelled across the Border to Aghyaran, Co. Tyrone, to take part in the Finn Valley AC 5K. All 3 put on terrific displays. Christine Russell won the women’s race in style in 17.11. Noeleen Scanlan showed that she has returned to her best. She was 3rd in 17.33, just 2 seconds outside her PB for 5K.

Eimear Gormley received a reward for her dedicated training with a fine time of 20.23.

The race was won by Tir Chonaill AC’s Martin Cunningham, in 15.43.

Several other LAC runners travelled further into Northern Ireland on Sunday to run in the Maze 10K. Highly promising young athlete, Eoin Hughes, had one of his best ever 10K races and finished in 8th place in a time of 32.51. Natasha Adams was an impressive winner of the women’s race in 34.09. Martin Devenney continued the excellent form he showed last summer and came home in 35.27. Paul Cullen’s time was 35.57. Kevin Ferry’s time was 37.07 and Patrick Brennan finished in 38.32. The race winner was Gary Hegarty in a time of 31.56.