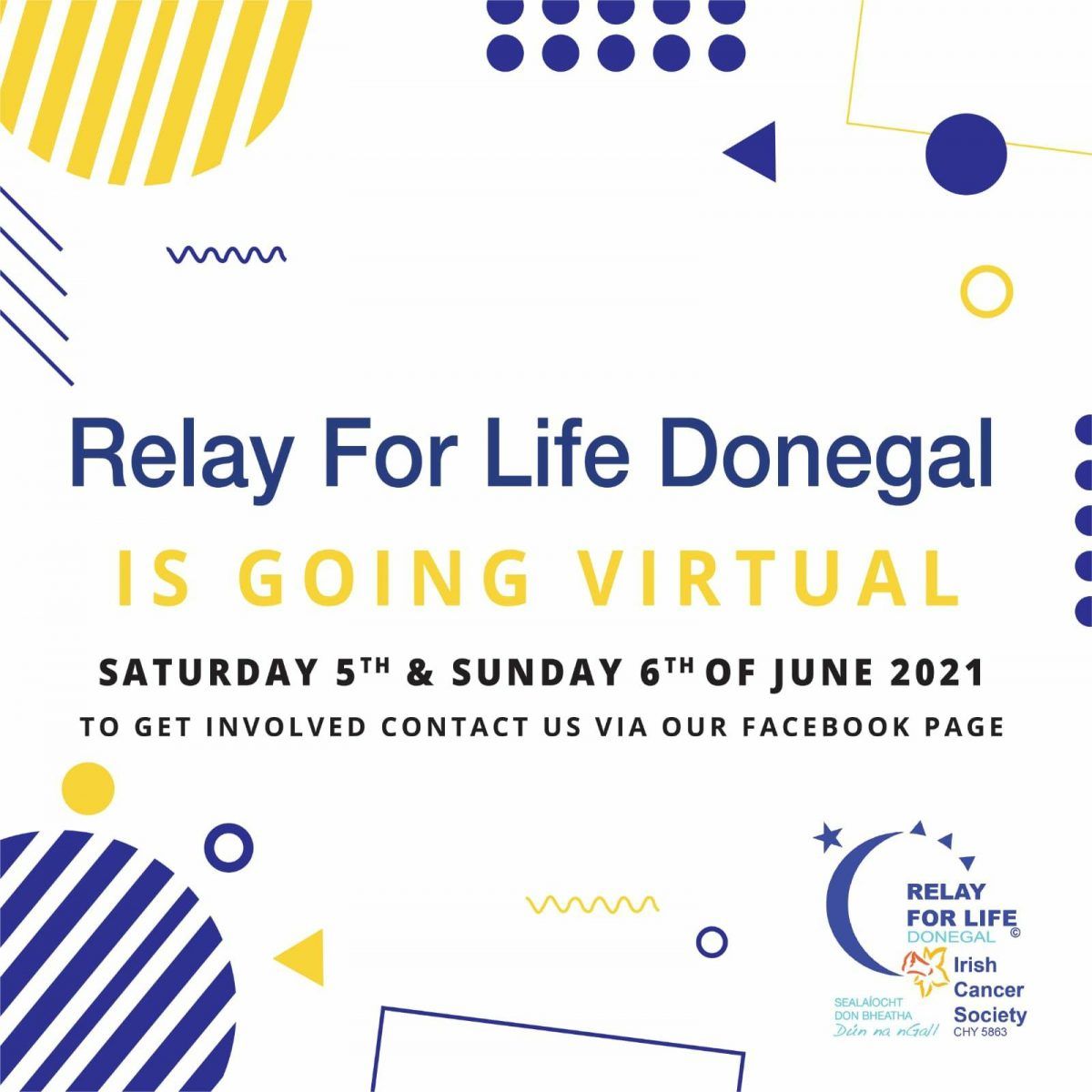 Those who believed that Relay for Life Donegal would come to a virtual standstill during the existing pandemic were only half right.

Virtual, yes – standstill, no, as organisers, singers, musicians, and teams, and not forgetting the general public, ensured that the 2021 event would go on and in the process raise, apart from awareness of the continuing battle against cancer, around 50,000 euro – and still counting.

Even before the launch of this year’s Relay on Saturday, the reaction to it is pouring in from all corners of the globe.

Susan Metzger takes to Facebook to relate that she “will be happily watching here in the United States.” And in particular Daniel and Margo. “They are simply the best,” she insists.

And from Norwalk, Ohio, another message: “Have a great Relay,” Orville Paula Platte Jnr.  declares.

Nancy Douglas, who has along with a group of fellow U.S. Relayers, trod the grounds of the LYIT campus as part of the Donegal event, messages from the birthplace of Relay in Tacoma. “I can’t wait to be back,” she envisages another visit. 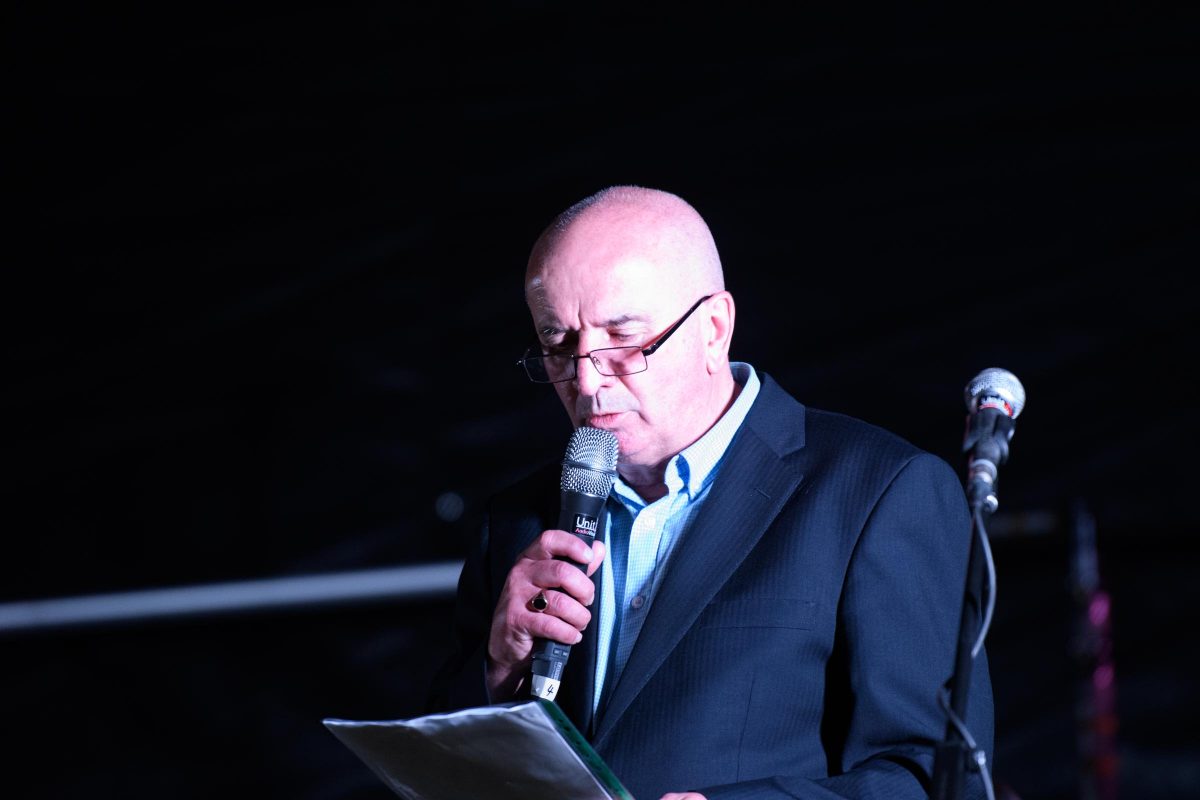 As has been the tradition with Relay for Life Donegal, Charlie Collins introduces proceedings on Saturday evening.

But he does against the virtual backdrop of the Tinney Brothers at the Dry Arch rather than from the traditional stage at the LYIT campus.

There have been on-line messages of support from the Irish Cancer Society representatives, Carmel Murphy, and Dr Robert O’Connor, before Charlie presents the other R.O’C., the chairperson of Relay for Life Donegal.

So much has changed since the 2019 event, the latter proclaims – Covid-19 having altered the whole landscape.

What hasn’t changed is, he says, the hard work put in by so many involved in the virtual event including the Relay committee, the twenty-nine participating teams, and others who were helping to stage it.

They would be celebrating the tenth anniversary of the event in 2022, Robert reveals, and hoping to make it an extra special one in the grounds of the LYIT.

It’s a view echoed by the President of the LYIT, Paul Hannigan, who, meanwhile, offers best wishes for the 2021 event. 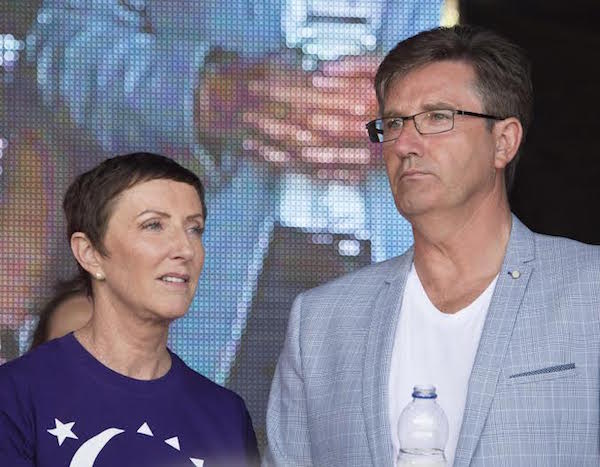 Daniel and Majella, a cancer surivivor, during the Relay for Life in Letterkenny. (North west Newspix)

At just before 5.30.p.m., Relay for Life is officially launched with the virtual Survivors Lap of Honour and team parade setting the event in motion.

“GOOD EVENING, EVERYBODY, HERE WE GO……”. It’s 8.p.m. on Saturday and Relay patron, Daniel O’Donnell (complete with friends) is introducing viewers and listeners to a virtual variety show.

The previous week, he was busy recording songs and sentiments in the studio at the Regional Cultural Centre aided by Jeremy Fitz Howard and crew.

After a rendering of ‘Stand Beside Me’, Daniel refers to the importance of the money raised as a result of Relay and how much of it is directed into research.

“Without research, so many lives would be lost,” he maintains.

His presence on screen prompts immediate reaction from the viewing public both here and abroad. “I love you Daniel”, Sherry Napier opts to open her heart.

“Hi Daniel,” Joanne and Marlily greet him from Stoke-on-Trent while much further away, Jean Crellin is “tuning in” from Ballarat in Australia.

Nan McCarron, who has over the years put in stalwart work for the Relay for Life committee, is sending a greeting from her hospital bed. “Well done everyone.”

It’s not long before the messages of good will and get well are flooding in.

Meanwhile, Daniel continues to introduce the line-up of performers, Seamus McGee remarking that he has been proud to have been a part of Relay from day one.

He and Jacqui Sharkey pair up to sing Merle Haggard’s beautiful song, “If I Could Only Fly.”

Sing along and dance, Seamus advises all. “Music can relieve mental pressure”, he declares before continuing with ‘Come Home Danny Boy’, a song penned by his cousin, Danny O’Donnell.

The other O’Donnell, Daniel, then dedicates his next song, ‘My Donegal Shore’    to the memory of his good friend, Maire Rua. 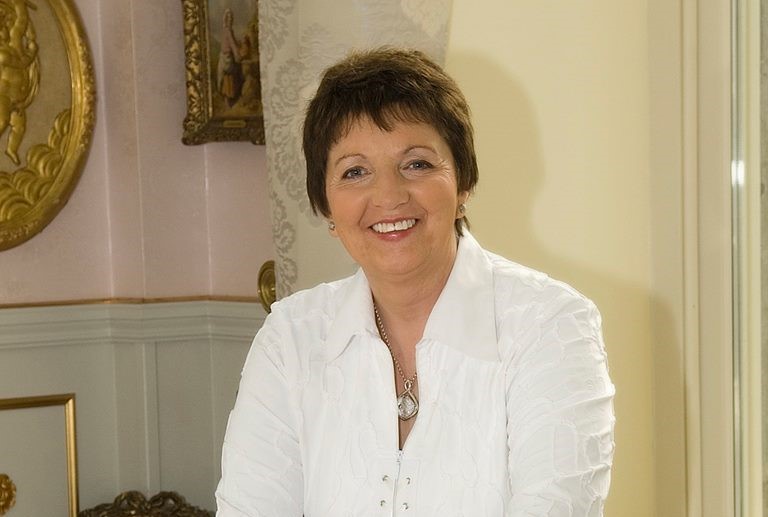 Later in the show, he introduces a singer he knows better as his sister Margaret, but the country scene knows as Margo. “I’m so proud to be part of this show,” she states before performing ‘Have You Got Time’.

“Brilliant Margo, the Girl from Donegal,” Ann Patterson responds on the Facebook page. “Well done, you are a star.”

And the songs and singers go on before Daniel and Marc Roberts, with the backing of the Survivors Choir, perform the Relay theme, “I’ll See This Journey Through.”

The Luminaria is narrated, as always, by Donal Kavanagh, and, as always, with heart searing emotion. The event has been filmed in the Church of the Irish Martyrs by another member of the Kavanagh family, Eimear.

On Sunday morning, the voices continue to raise the heavens, between the Gospel Hour and the Ecumenical service, both normally staged in the An Danlann building at the LYIT but on this occasion confined to the virtual world.

Voices of all age groups add poignancy and power to both events – presented by Aidan Murphy and produced by Bri Carr Music – with the clerical quartet of Bishop Alan McGuckian, Rev Tommy Bruce, Rev David Houlten and Fr Brian Quinn providing the readings and reflections.

“May you always have an angel by your side,” a line from Ena Barrett’s reading offers an appropriate context to the proceedings and the strength to be had from events such as Relay for Life.

Three cancer survivors detail their own emotional journeys from diagnosis to the present day including Ardara resident Harry Walsh from Letterkenny; Lorraine McBride, a member of the Crana Crew from Buncrana; and Rosemary Sweeney from Drumkeen.

The Relay event has also heard a moving rendition of ‘I Chose to Live’, written and performed by Rachel Akkoc during the Candle of Hope ceremony.

On Sunday afternoon, Tommy Rosney presents a three hour Country Jamboree again featuring some of the top names in the genre from the locality and beyond. The show is produced by Seamus McBride and brings the 2021 Relay to a close but not before some more words from Charlie Collins and Robert O’Connor who acknowledges all those involved including Paddy Bradley for securing many of the singers and musicians and the Relay committee.

Both the chairperson and M.C. Charlie voice the hope that the 2022 event will be staged at its traditional venue at the LYIT, a sentiment shared by Daniel O’Donnell who along with Ena Barrett counts down to the conclusion of the 2021 Relay.

And thoughts are already turning to that milestone event next year…..