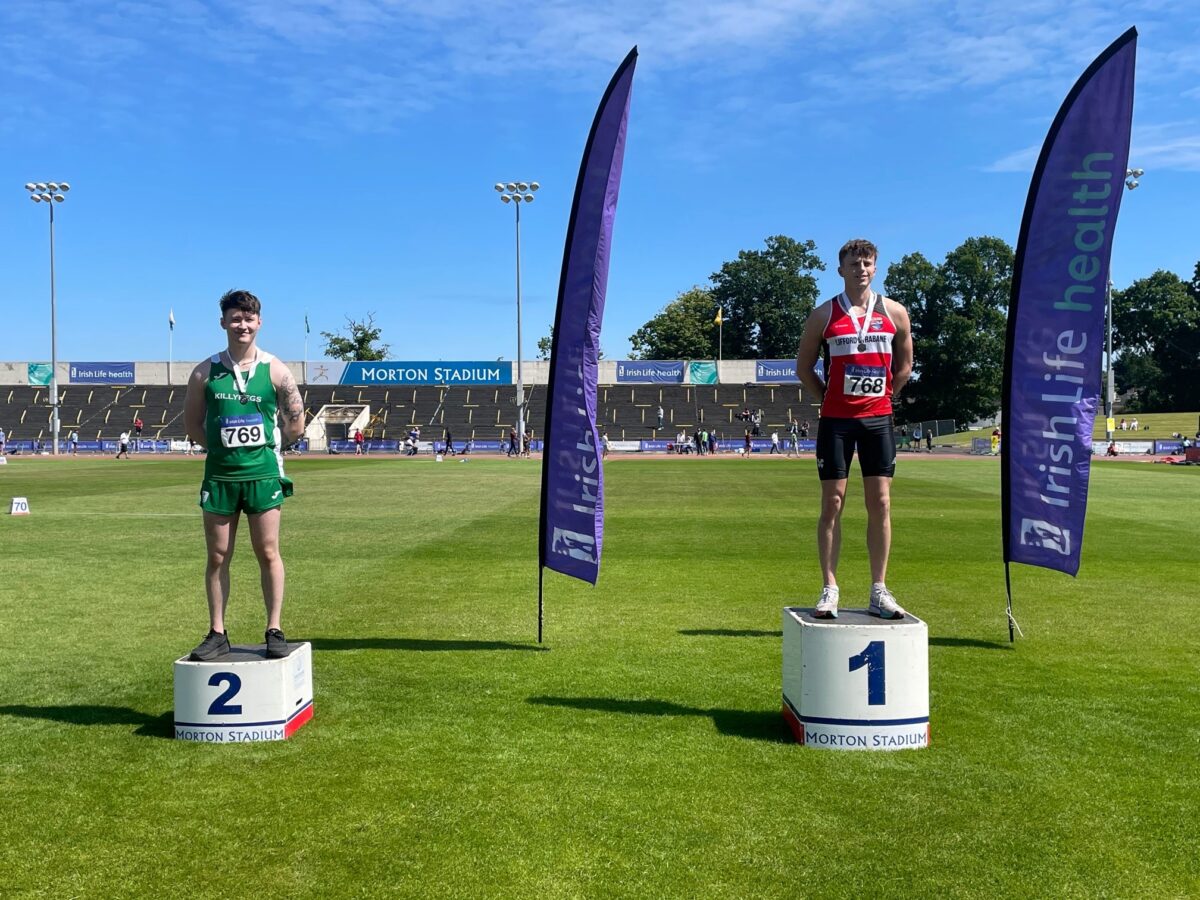 IT WAS a day to savour for Lifford-Strabane Athletic Club throwers.

Gareth Crawford threw a Championship best to win the Irish U23 javelin title while a new Donegal record sent Ellie McCurdy on her way to silver in the Irish Junior women’s javelin.

Picture: Gareth Crawford (right) and Dylan Kearns after the Irish U23 javelin competition in Santry.

Crawford reached out to 65.13 metres to take gold in the U24 javelin.

Killybegs AC’s Dylan Kearns claimed the silver in this event with a best throw of 54.94m.

McCurdy’s 36.77m saw her take the silver in the junior women’s javelin. McCurdy eclipsed the previous mark of 36.49 she set only last weekend.

The Irish junior women’s javelin gold was taken by Marian AC’s Leanne Healy, who threw out to 42.38m.

Finn Valley AC’s Laura Crossan won silver in the U23 400m thanks to a 47.41-second run. Her sister, Arlene, was just outside the medals in fourth. 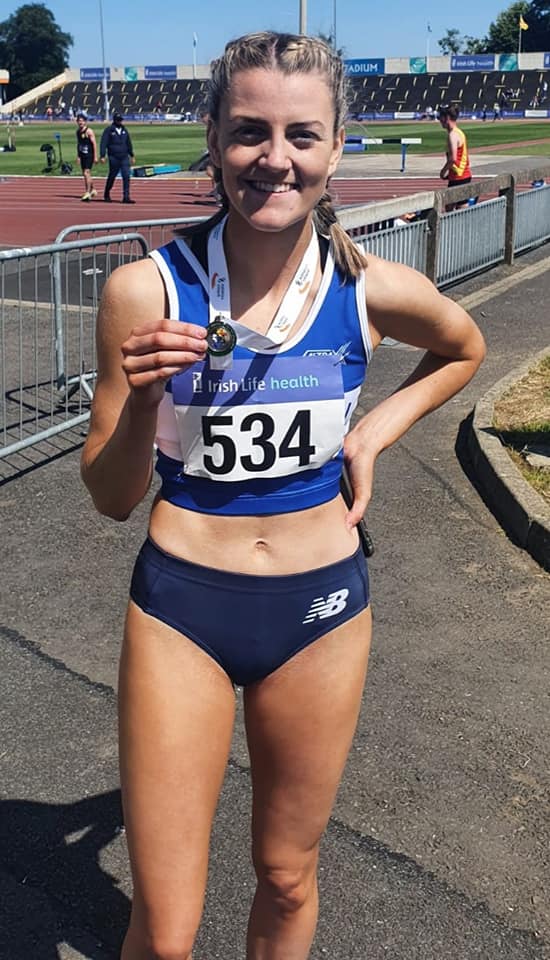 At an Open Throws meet at the Antrim Forum, there were a number of Donegal successes.

Lifford-Strabane AC duo Caoimhe Gallen and Muireann McBride had a one-two in the under-15 hammer. Gallen took gold with a 44.60m effort with McBride reading to 40.32m for silver.

Ashleigh McArdle added four metres to her PB as 33.94m earned her the gold in the javelin while a 9.56m throw won her the shot put bronze. 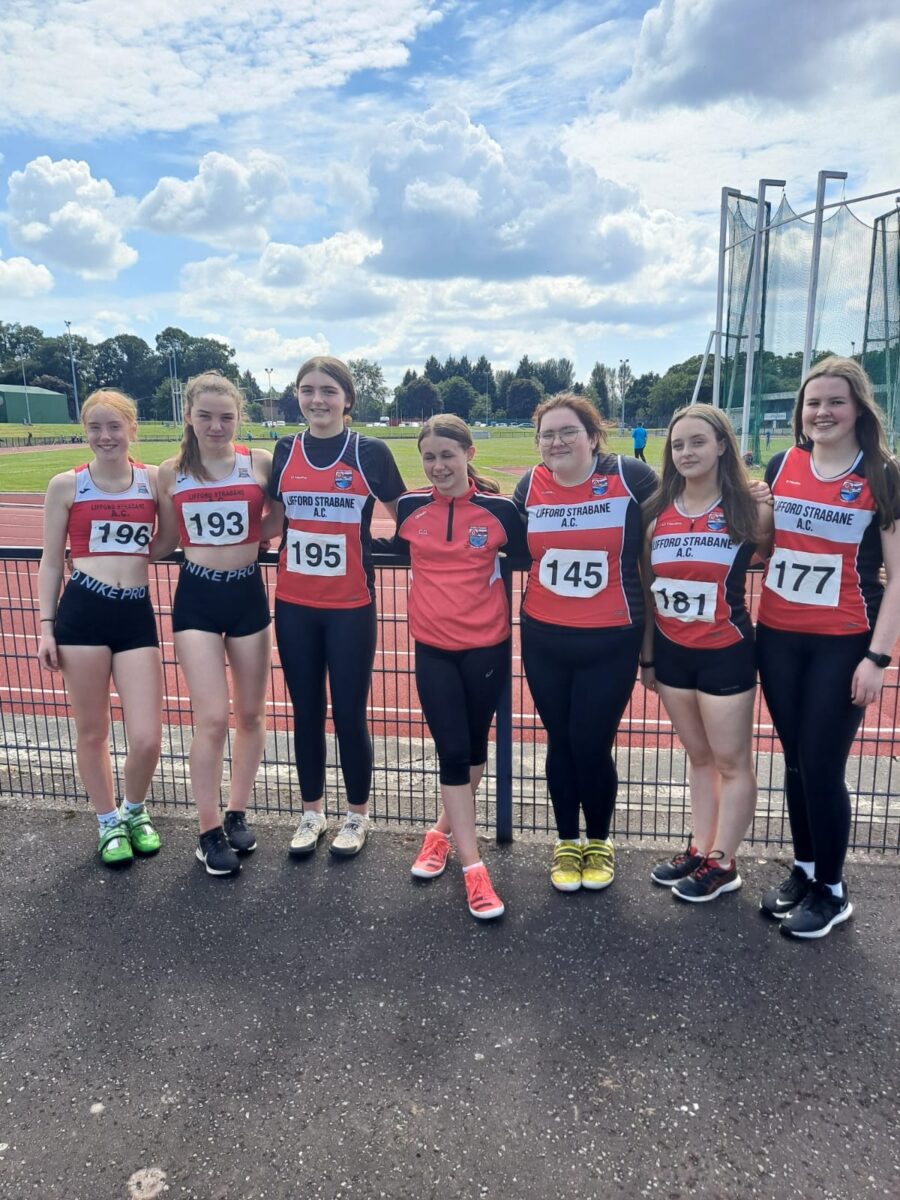 Una O’Donnell and Cora Burns had the one-two in the under-17 category, with the former going beyond 40m for the first time, landing to 40.54m while Burns’ best throw was 38.48m, enough to win the silver.

Also at Antrim, Finn Valley’s Blain Lynch impressed with a super new person best of 52.16m in the under-17 javelin.