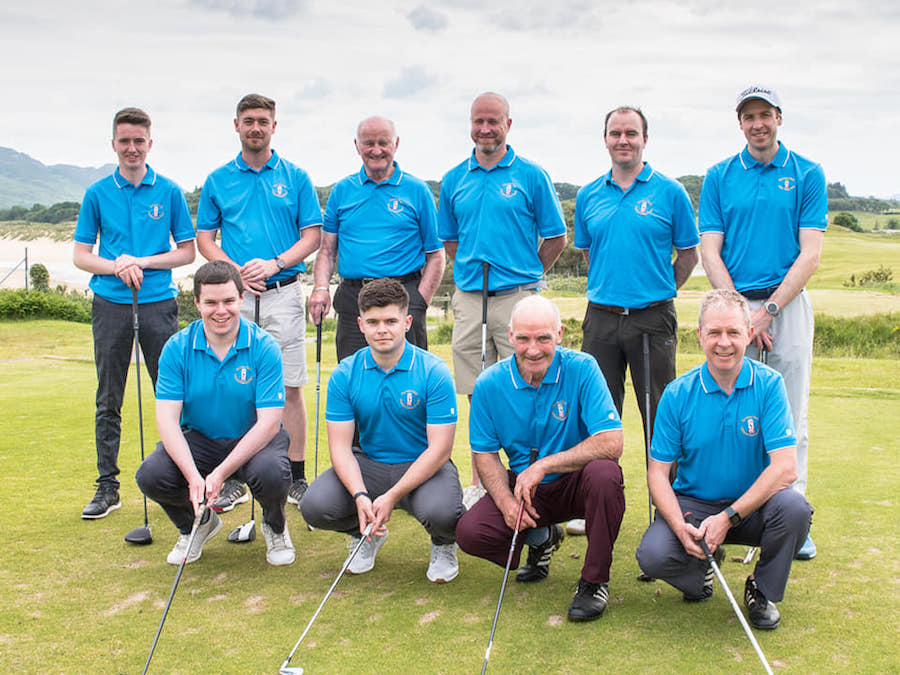 This was a fantastic achievement for a small 9 hole golf club in the Donegal Gaeltacht.

Due to Covid restrictions the 2020 final was delayed. Cloughaneely met another 9 hole club Buncrana GC in the final.

The match was played at a neutral venue – the magnificent Portsalon Golf Club. The golf course was in beautiful condition – excellent fairways, some new tee boxes, sodding and the ongoing work and upgrades were evident to be seen.

The overall presentation and definition of the golf course was second to none well done to all. 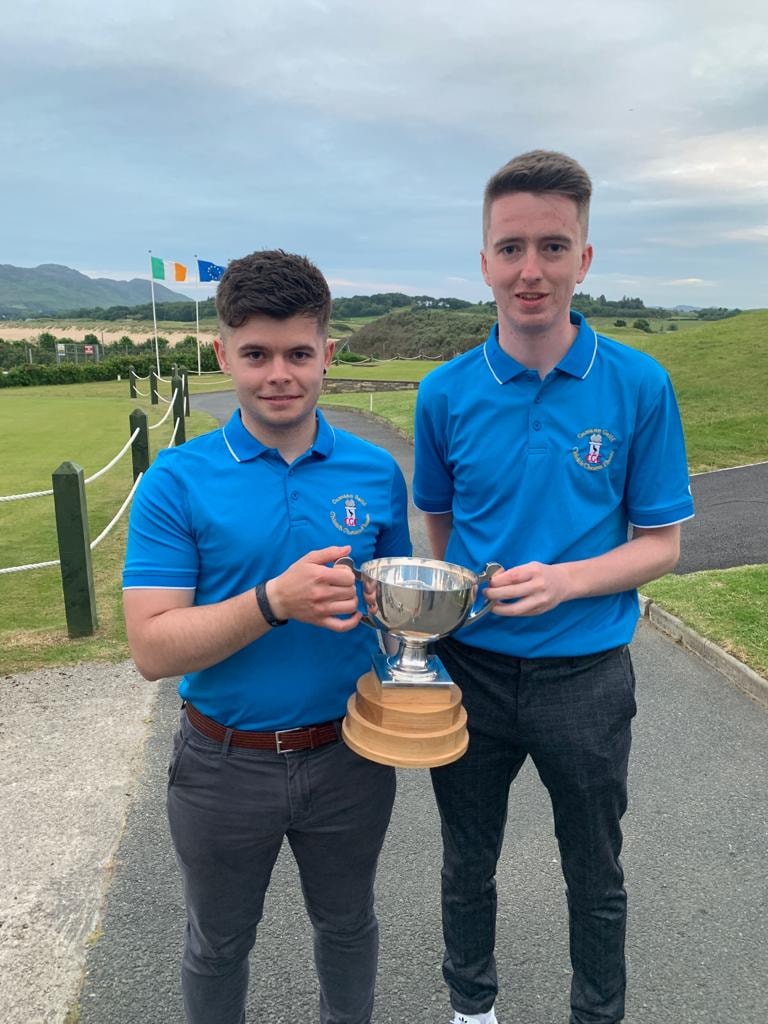 Credit due to Manager Daragh Lyons, Head Greenkeeper Johnny Shields and his team. Thank you to Tony Carr and the Donegal County Golf Committee for organising and continuing to promote matchplay competitions in County Donegal.

Despite a nervy drive off the first, some fine short game work from Mark kept the Buncrana pair at bay on the way to a 4&3 win. Phelim McGeady produced the goods in match two with three wonderful birdies around the turn.

Steady golf by both Phelim & Sean led to a 2&1 win. Dean and Paul birdied three of the first four holes for a fast start and played super golf to win 5&3. Gerry and Francis were five up early but a strong come back from the Buncrana team meant a tight finish with pressure on the 17th. John and Conor were 4 down early and did well to get back to two down with three holes left.

Well done to Manager Hugo Cannon and all the panel. Big John has been playing golf for over 50 years and this was his first Donegal League title to the amazement of many!  C

loughaneely GC also won the Donegal Junior Scratch Matchplay in September 2020, but to couple it now with the prestigious Donegal League the hardest competition to win in the County. A super feat!  Éacht ar doigh. Maith sibh uilig.

Cloughaneely GC are running a 9 hole fundraiser in aid of Donegal Hospice this Thursday 24th and Friday 25th June. The club agreed with the Ladies Club that all entries / donations over both days go to Donegal Hospice. Re-entry allowed.