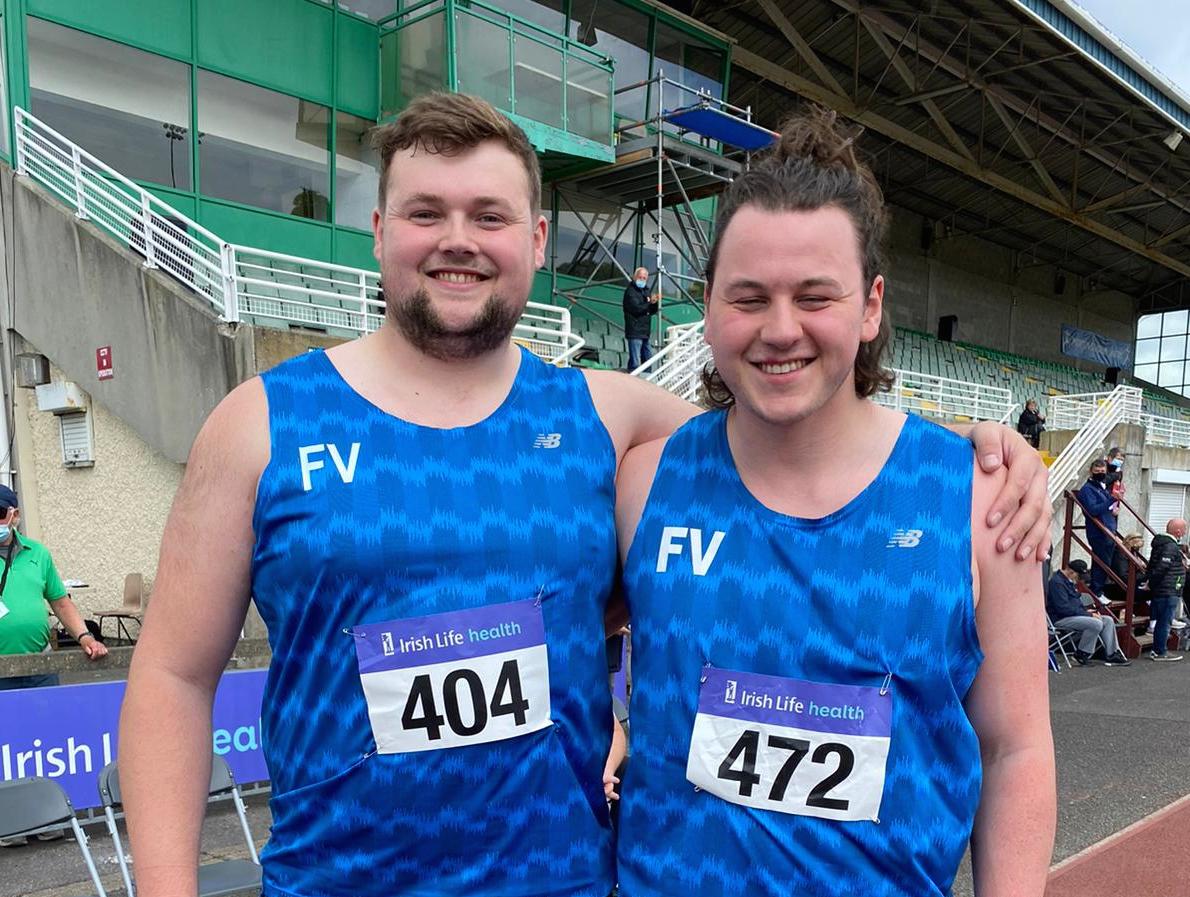 It was a Finn Valley one-two in the shot put with James Kelly winning the silver.

Convoy man McLaughlin took the gold with a fine 16.51m effort. This was McLaughlin’s first senior title, continuing his fine showings in a month when he added two metres to the Donegal discus record.

Kelly reached out to 16.42 for silver while former champion Sean Breathnach took the bronze medal.

Mahon has been in excellent form of late and he claimed the triple jump gold with a best leap of 14.38m.

Joshua Knox from City of Lisburn was his nearest challenger, jumping a 13.41m best.

Mahon followed on from his club colleague Kelly McGrory’s winning of the women’s 400m hurdles yesterday.

Craeford took bronze in the men’s javelin. Crawford’s 64.59 throw earned him a place on the podium.

The event was won by Lake District AC’s Conor Cusack’s 72.13m while Stephen Rice of Clonliffe was the silver medalist, reaching out to 71.05m.