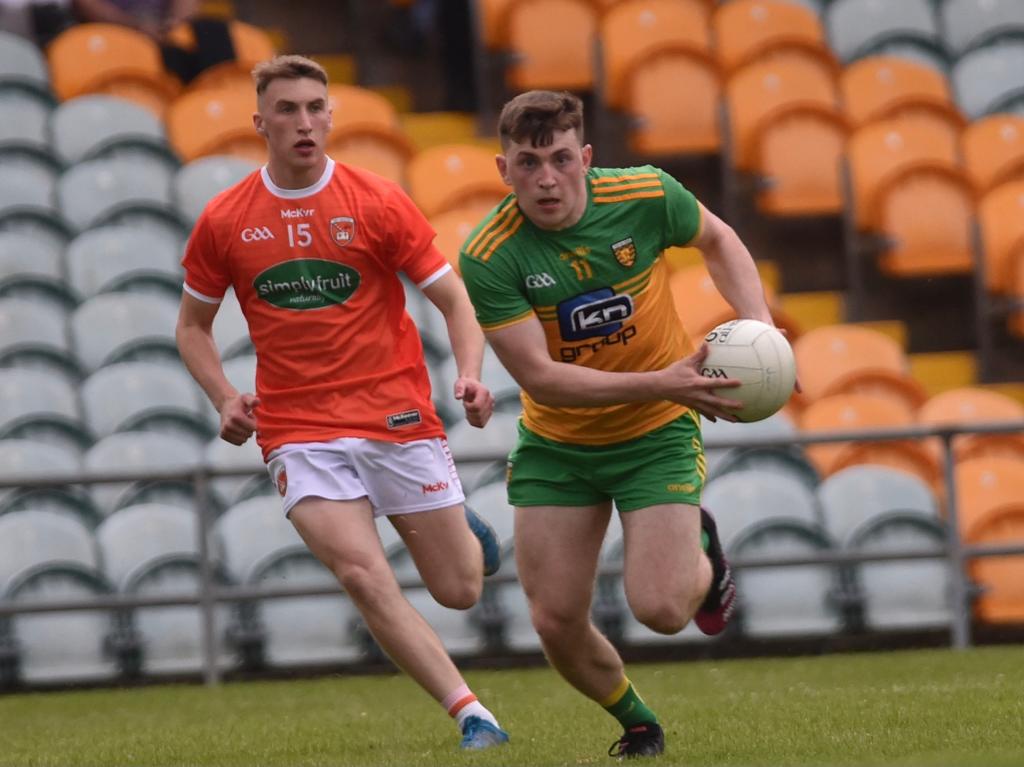 WHEN Donegal’s Under-20s emerged from lockdown, Gary Duffy could see their intent.

Duffy was appointed as Shaun Paul Barrett’s successor in March and their Ulster U20 campaign began tonight with an impressive preliminary round win over Armagh.

Eoin Dowling’s goal just before half time secured a 1-17 to 0-9 win in Ballybofey.

Donegal’s physical power and fitness proved too much for Armagh.

“The lads did that work on their own during lockdown,” Duffy said.

“They’re passionate Donegal men. They came into us well conditioned and I have to give every player credit for doing that.

“We were just more clinical in our set up. I was delighted with how the boys performance. They put in a massive shift and our diamond around the middle worked really hard to get the result for us.

“We are blessed with the height and Donegal teams are traditionally known for the big men. We have guys like Rory O’Donnell and Ryan McFadden are big lads and add a lot of intensity.

“It’s good to have that presence and they mastered the individual battles.”

Dowling’s goal gave Donegal a 1-8 to 0-4 buffer at half-time and they were on top once they got their noses in front midway through part one.

Duffy said: “The lads believe in the system and they worked hard. We had to be patient. Armagh were always going to fly out of the blocks, as teams do when they come to Ballybofey.

“We were able to overcome that and get the result. The first half gave us the platform to kick on.

“You need physicality and you need the cuteness too in there. Ryan McShane is only the height of myself, but he had an excellent game and turned over every ball that went in there. We have a nice blend and that adds to the set up.”