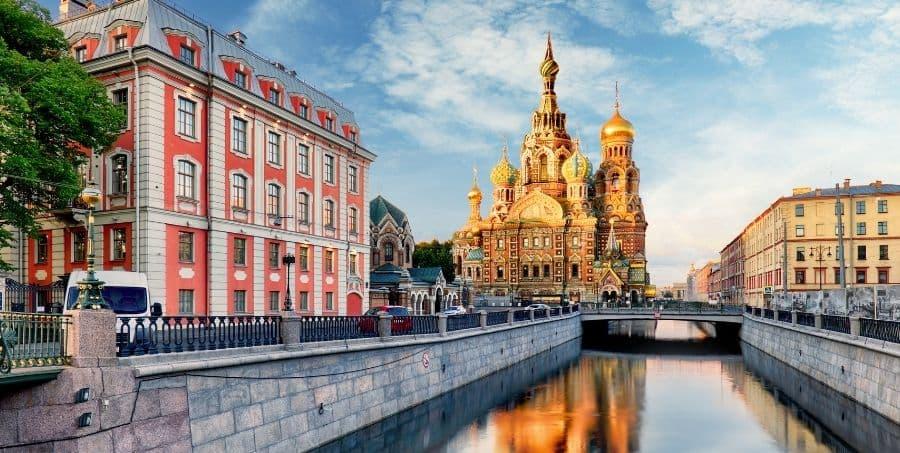 The top 4 destinations for couples over 50

There are myriad reasons to travel with your partner later in life: financial security, a deeper understanding of the world, more time, etc. But perhaps the best reason to see the world is the experience it offers, and the rejuvenation that comes with exposure to new places and people.

Travel Department offer guided holidays for over 50s to many wonderful destinations, so to help get your next holiday started, we’ve put together some information to help you decide.

Before we start, the team over at Travel Department know how important flexibility is to you at the moment. So, from July 1st to July 31st 2021, any new bookings made for travel in 2021 can be changed for free or you can swap your deposit for a voucher that has no expiry date. This flexibility is valid right up to when your balance is due. Rest assured you can book with confidence today and give yourself something to look forward to. More information here. 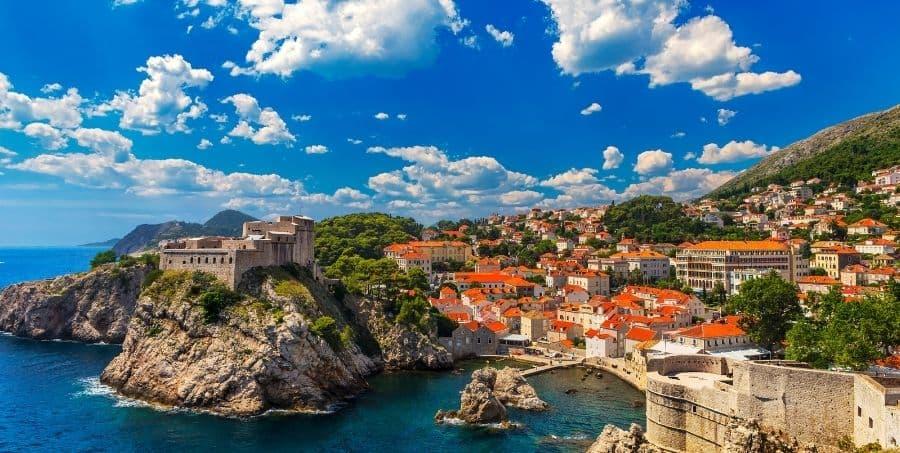 Located in between rugged mountains and a sparkling sea, Dubrovnik boasts stunning architecture and spectacular views.

The city has a rich history dating back to the 7th century and has been a UNESCO World Heritage Site since 1979. Nestled between the shimmering Adriatic Sea and the imposing Dinaric Alps lies the walled town of Dubrovnik, a city of unparalleled historic beauty. Dating back to the 7th century, Dubrovnik stands today as a monument to times past – a Baroque jewel with stunning limestone architecture. Take a stroll on the fabled city walls, which are 1,940 metres long, that protected this ancient capital for centuries, or travel further afield to the ruins of the Benedictine Monastery that was built in medieval times and gardens on the verdant island of Lokrum. Delve deep into the past with a visit to the War Photo Limited Exhibit and then rise above the city in a cable car to the mountain Srđ, with stunning views of the entire city and the azure coastline. A trip to Dubrovnik is romantic and sublime — sure to impress even the most seasoned of travellers and offers the perfect Croatia holiday. 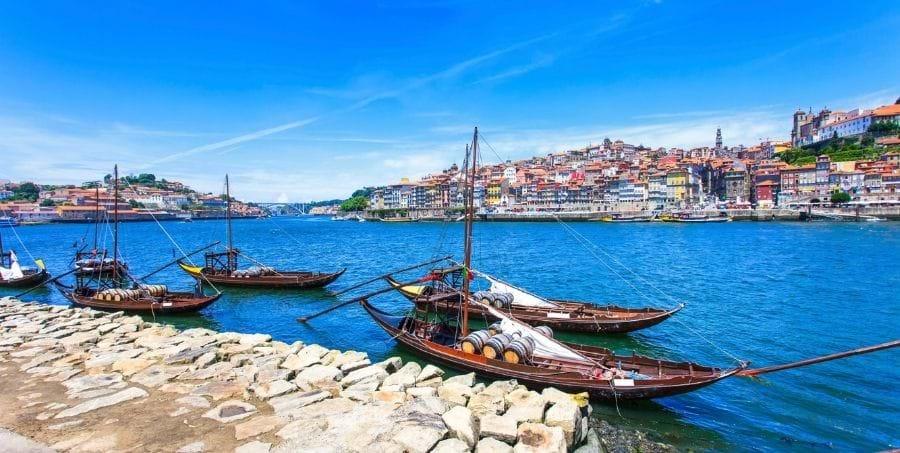 Located along the hills of the Douro estuary, Porto is Portugal’s second largest city after Lisbon and is registered as a UNESCO World Heritage site. Porto is a major producer of cork but is better known for its famous fortified Port wine. There is so much to see, it’s hard to decide the best sights in Porto!

An artistic and culinary Mecca on the Rio Douro, Porto boasts some of Western Europe’s most elegant vistas.

This vibrant city is most renowned as the birthplace of port wine, but it also offers outstanding insights into world history. The Ribiera is a UNESCO World Heritage Site, and its ancient winding streets are lined with delicious eateries and bars.

On a grander scale, the Sé do Porto and Igreja de São Francisco are both breathtaking displays of Gothic and Roman architecture (respectively) and offer some of the most dazzling displays of artistic vision writ large.

For a trip to the more recent past, visit the Serralves Museum, featuring Modernist art and fantastic displays of Minimalism from the 1960s’ onwards. Often overshadowed by the more famous Lisbon, Porto is a rare treasure just waiting to be explored.

Experience our Porto City Break or embark on our Douro River Cruise and uncover this beautiful part of Portugal. 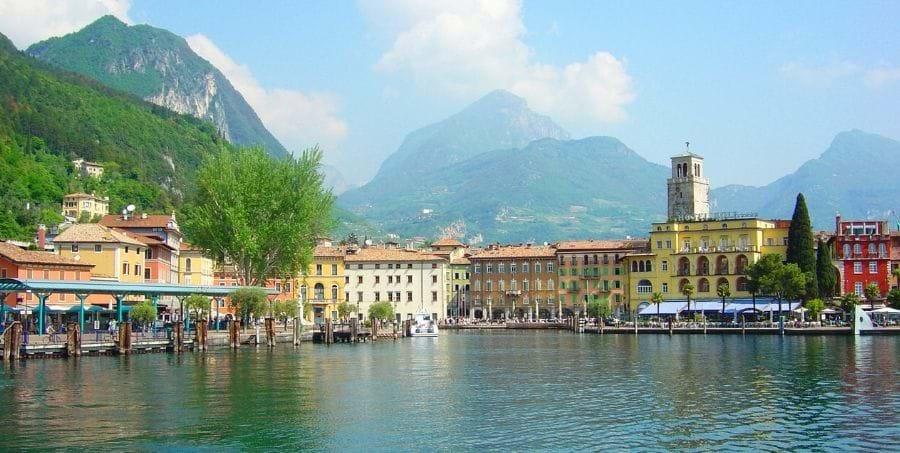 With its Mediterranean climate, clear blue waters, attractive villas and gardens , it’s no surprise that so many Travel Department customers return to Lake Garda year after year. At the foot of the Dolomites, amidst groves of lemon and olive trees lies Lake Garda, Italy’s largest lake.

A Lake Garda holiday also offers the opportunity to see iconic sights in Italy, such as the fairytale destination of Verona which is rich with Roman historical monuments and villas, perhaps none more impressive than the Arena di Verona – Italy’s largest arena which seats up to 22,000 people.

Jump forward in history to the rule of the Gonzaga family and explore the stately Palazzo Ducale on an excursion to Venice. Visit the Il Vittoriale Degli Italiani, a museum in the former estate of writer Gabriele D’Annunzio, where he lived after his defenestration in 1922 until his death in 1938.

On the northern shore, in a location uniquely alpine and Mediterranean, is the Riva Del Garda.

Relax in the picturesque town or take advantage of the mountain winds to participate in some of the best windsurfing in the world.

With so much to do, it’s no surprise that our Lake Garda tours remain one of our most popular.

Saint Petersburg is one of the most modern cities of Russia, as well as its cultural capital.

The Historic Centre of Saint Petersburg is a UNESCO World Heritage Site and is home to the Hermitage, one of the largest museums in the world. Situated as Russia’s imperial and cultural capital, Saint Petersburg is nothing if not impressive. Criss-crossed with Venetian-style canals, it is a city at once both modern and classic.

Chief among its many attractions is the Hermitage, a museum of art and culture that holds the title of second largest museum in the world. Or for a more uniquely Russian view of the past, the Russian Museum offers the world’s largest collection of fine Russian art. Those that appreciate stunning architecture will enjoy the Church of the Saviour on the Spilled Blood – perhaps one of the most famous sights in Saint Petersburg, rivalled only by the breathtaking St. Isaac’s Cathedral, which in 1931 was turned into a museum by the Soviet government.

The city of the Tsars displays a grandeur not often seen in the modern world, and is a must-see destination, especially during the famous White Nights of summer.

There are so many attractions to see in Saint Petersburg and a trip to Russia is certainly a wonderful experience.

The top 4 destinations for couples over 50 was last modified: July 16th, 2021 by Travel Department
FacebookTweetLinkedInPrint

Get on board with Travel Department’s amazing...

Travel: The many charms of Lake Como,...

Travel: Top reasons you should visit the...