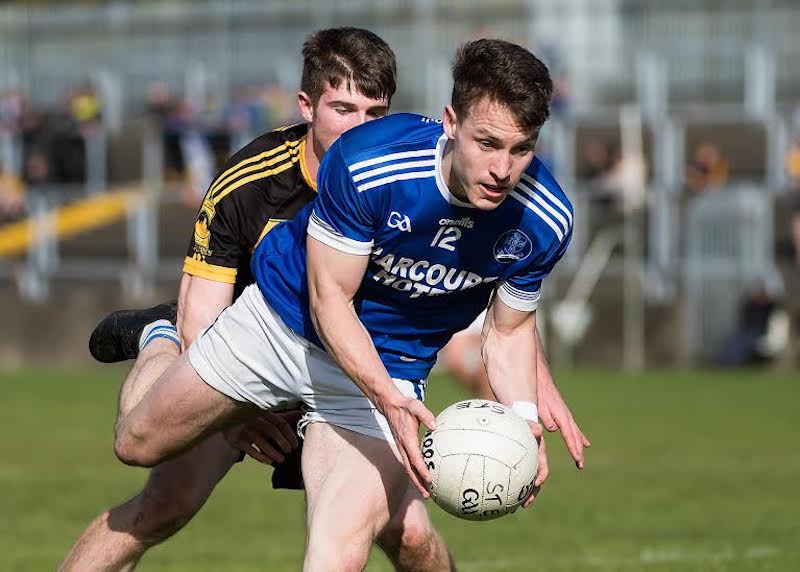 A EUNAN Doherty goal kicked Naomh Conaill for the winning post as Martin Regan’s men made it six wins out of six in Division 1.

St Eunan’s had just got themselves right back in the mix when Eoin McGeehin, after being fouled by AJ Gallagher, drilled a 44th minute penalty past Stephen McGrath.

St Eunan’s were within a point, 2-3 to 0-10, but the 45th minute hadn’t arrived by the time Doherty (pictured above) netted. Doherty  scorched his way through the St Eunan’s defence before riffling past Eoin O’Boyle. It was a dagger right through St Eunan’s.

Kieran Gallagher twisted it further when he blasted home a second Naomh Conaill goal ten minutes from the end.

Naomh Conaill have purred through the opening five weeks of the League, arriving in Letterkenny with the perfect five-from-five and a points difference of 52 outlining just how seamless it has been for them.

A 2-8 to 0-5 reversal at Gaoth Dobhair on the season’s opening day was the only blot for St Eunan’s coming into this one.

The Cathedral Town side bagged a goal in the 14th minute when the McGeehin brother combined, Ronan offloading to Eoin, who held off Eunan Doherty to shot beyond McGrath.

Naomh Conaill were thankful, though, to the fingertips of McGrath as he kept out when Ronan McGeehin flicked goal ward from a searching Sean McGettigan ball in.

When Odhrán Doherty tucked over Naomh Conaill’s third score in a two-minute, they were level and a McGuinness free inched them in front or the first time in the 23rd minute.

The visitors led 0-8 to 1-2 at half-time and Eoghan McGettigan stretched the lead within a minute of the restart.