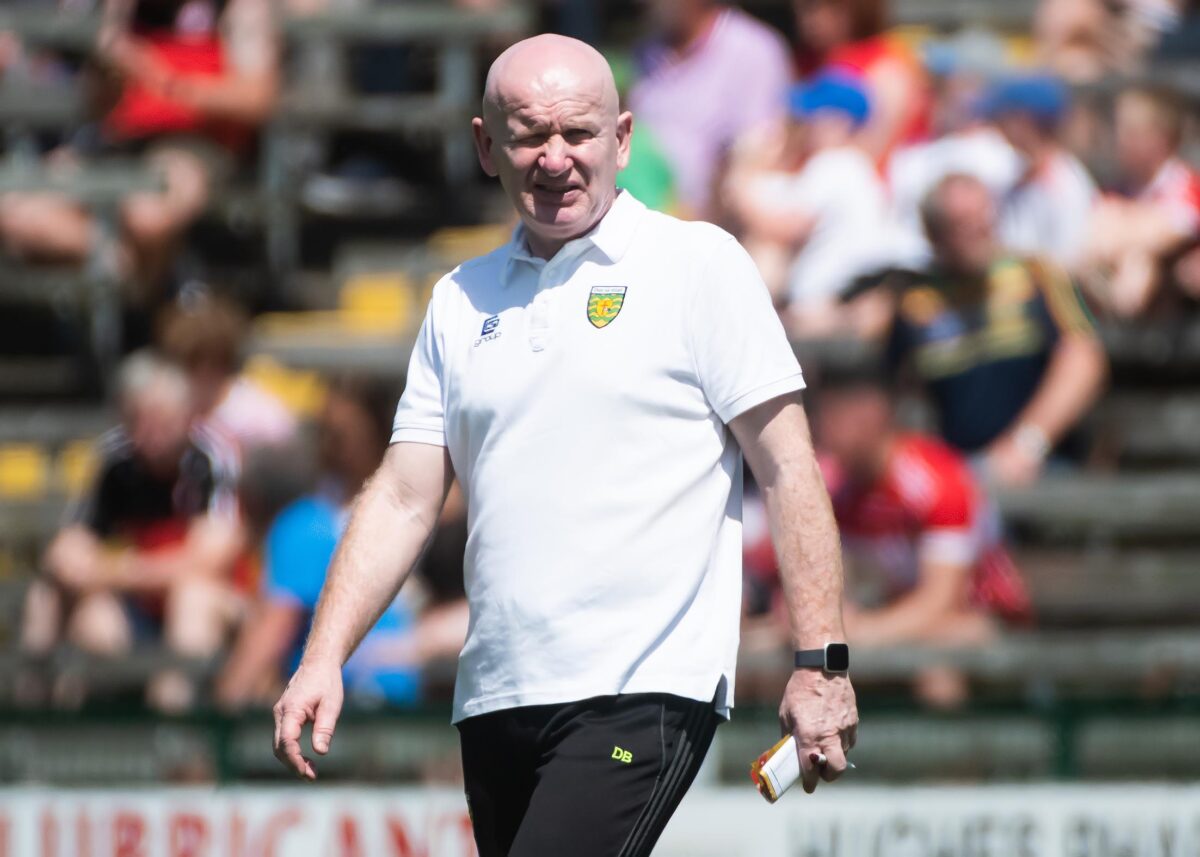 Bonner to take time before deciding on future plans

DECLAN Bonner was non-committal on his future as the Donegal manager after a frustrating Ulster semi-final defeat to Tyrone.

The wound was still red raw when Bonner fielded the inevitable question.

The 0-23 to 1-14 defeat ends the fourth year of what is the Na Rossa man’s second spell as Donegal’s manager.

Bonner wasn’t going to be drawn on what the future holds, though.

“It’s frustrating. We’ll sit down and lick our wounds over the next couple of days and we’ll see after that.”

The last two campaigns have been Covid-affected and the landscape has certainly changed quite an amount since he took the reigns from Rory Gallagher in the summer of 2017.

“It was great to see a decent crowd come back in to watch football again. hopefully things are on the turn. It has been difficult and frustrating over the last 18 months. It has been the same for everyone, so we’ll not make excuses about that.”

The game hinged on two decisive moments late in the first half, Michael Murphy sent off in the 33rd minute, not long after the Donegal captain clipped the outside of the post with a penalty.

Donegal hung in the afternoon, but Tyrone hit the game’s final five points to move into the final.

Bonner said: “It’s disappointing. I’ve been involved in Championship football for a long time. There is no worse feeling than being involved in a losing dressing room. That’s part and parcel of it.

“We were playing extremely well. It was nip-and-tuck and I always felt that it would go down to the final straight. It was just the energy that was consumed by the 14 men.

“I am immensely proud of the work and the effort the guys put in.”

Neil McGee’s 192nd Donegal appearance came to an end after only five minutes. A heavy collision resulted in the Gaoth Dobhair man needing assistance to leave the Brewster Park pitch.

Afterwards, Bonner said the early diagnosis was a ‘pretty serious’ one for the veteran full-back.