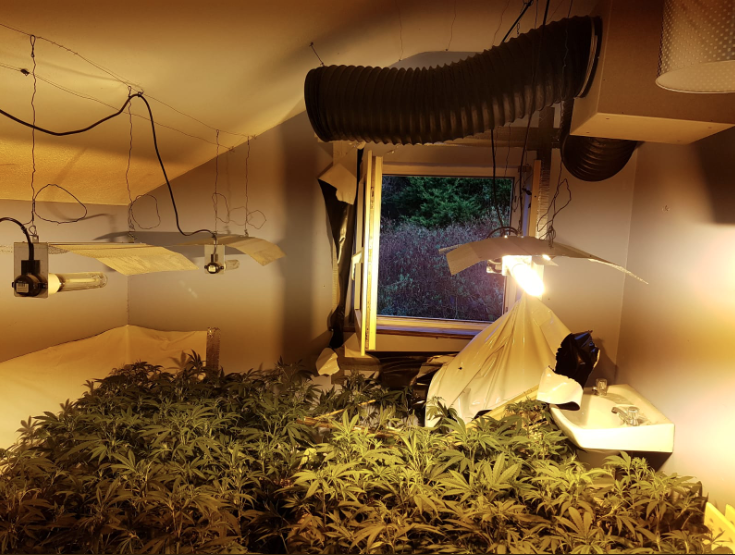 A ‘gardener’ who earned just €1,000 a month tending to a huge drugs grow-house in Co Donegal sent all the money back to his family in Vietnam.

Cao Son Nguyen, aged 35, pleaded guilty at Letterkenny Circuit Court to the possession for sale and supply of more than €388,000 worth of cannabis.

The cannabis was discovered by Gardai who raided a premises in Kerrykeel in January, 2019.

The haul was discovered when Gardai, supported by members of the Regional Armed Response Unit, raided a house at Ballymagowan.

The house, which was rented, contained hundreds of cannabis plants as well as lighting and heating to grow the plants.

Judge John Aylmer said a very aggravating factor in the case was that this was the second such conviction for the accused.

He was found guilty of a similar offence in Cork Circuit Court in 2017.

The Judge said such a case merited a sentence of 10 years in jail before mitigation placing it in the lower end of the upper scale of such offences.

However, he added that Nguyen cooperated fully with Gardai and said that his role was as a gardener in the “lower rung” of the ladder in the grow-house.

The fact that he only earned €1,000 a month for his role which he sent home to his elderly parents in Vietnam was another mitigating factor.

Nguyen is now a chef in prison where he has been held since January 28th, 2019 ad works very hard and is considered very skilled.

Judge Aylmer took all factors into consideration and imposed a sentence of seven years in prison and backdated that sentence to January, 2019.