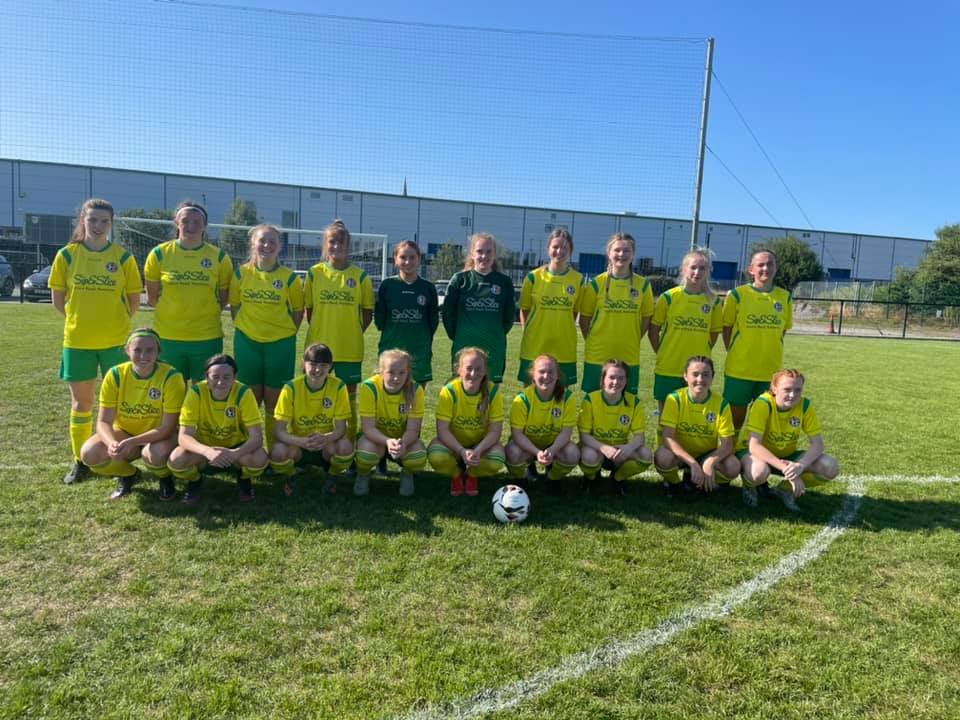 DONEGAL Women’s League Under-19s regrouped after last week’s defeat against Peamount, and gave a five star performance in the first half against Sligo Rovers in Leckview on Sunday.

A positive start for Donegal saw Ciara McGarvey unleashing a goalward strike in the fifth minute, but her effort sailed over the bar.

Orla Corry saved from the Sligo striker before Aislinn Coll tried her luck from distance.

Donegal went ahead when Mary Jane Doherty made no mistake from Molly Page’s through ball in the 13th minute.

Aoife Kelly and Aoife Gallanagh had two further attempts before Louise Gallanagh crossed to Aoife Kelly to finish from inside the box in the 24th minute.

Sligo started to retained possession and started creating chances, with Orla Corry called into action on the 29th minute, with a finger tip save up onto the crossbar and collected the danger.

From a corner in the 31st minute, the ball fell to Jessica Casey at the edge of the box and her wonder strike flew into the back of the net.

Louise and Aoife Gallanagh had shots saved by the Sligo keeper, but with two minutes left to half time, following a great passage play, the ball moved from right to left to the unmarked Aoife Gallanagh at the back post and she extended the lead to 3-1 at half time.

Orla Corry made another great save as she got her fingertips to Eimear McIntyre’s shot to push over the bar, while Ciara McGarvey’s free kick was just wide.

Sligo applied pressure in the second half with Donegal unable to put foot on ball form long periods whoever the resilient defence of Aisling Irwin, Eimear Sweeney, Catherine Grier and Alannah Kee stood firm to earn a hard-fought victory in the second half.