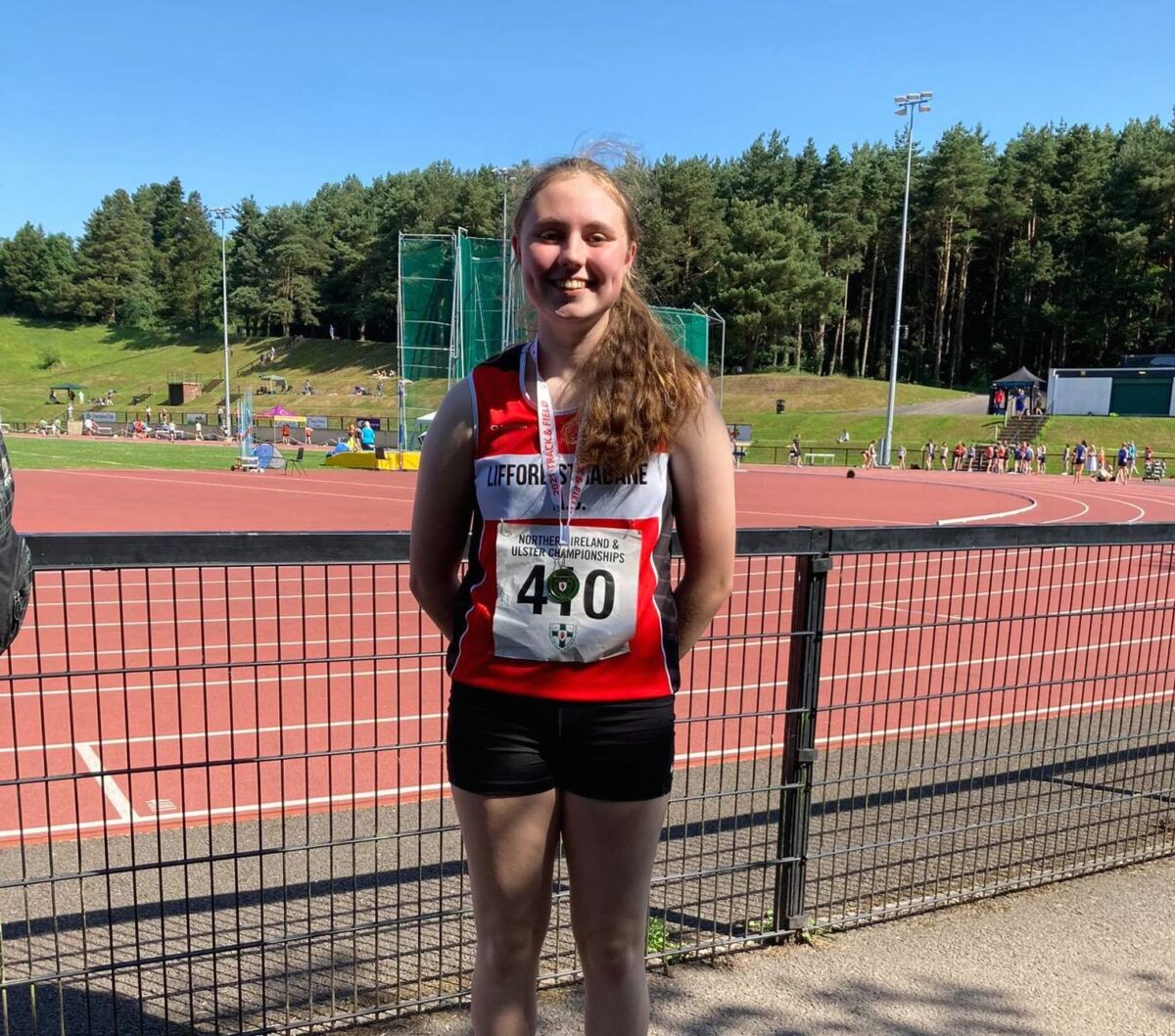 ADRIENNE Gallen won a bronze medal at the Franconville U18 Meet in France today.

The hammer gold was won by Audrey Jacob from Netherlands (64.50m) with France’s Florella Freyche (62.70m) taking the silver.

The competition was designed to give athletes the opportunity to compete on the international stage in a year where the European U18 Championships, which were set to take place at the end of August, were cancelled.

McGlynn was sixth in the 100m hurdles, finishing in 14.36 seconds. Marina Perez from Spain took the gold in 13.43 seconds.