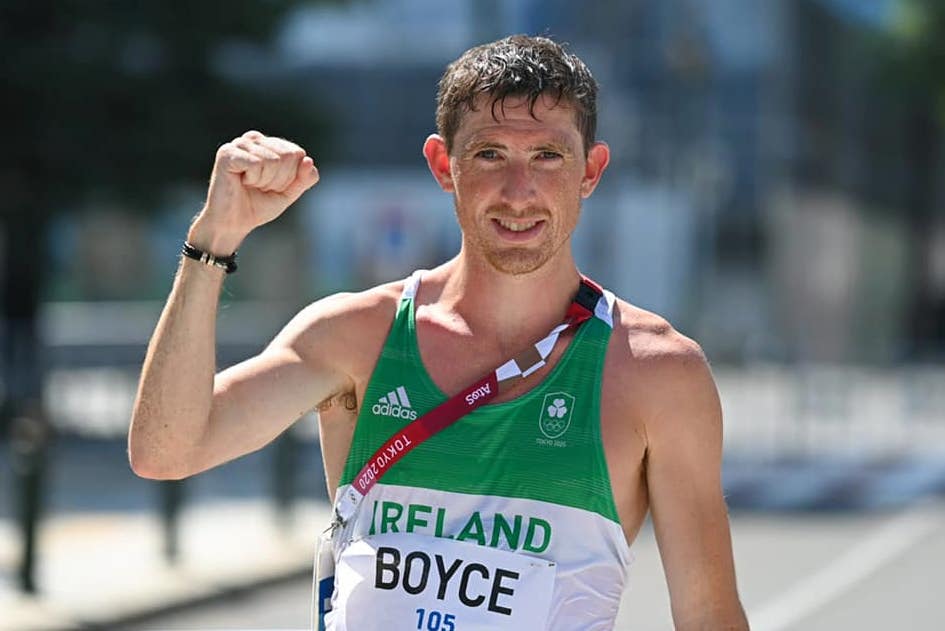 BRENDAN Boyce underlined his standing among the world’s best race walkers with a tenth-placed finish at the Olympic Games overnight – but the future now is littered with uncertainty.

Boyce battled superbly to finish inside the top ten of the men’s 50k race walk in three hours, 53 minutes and 40 seconds.

This was the final 50k walk to be held at the Olympics, the International Olympic Committee (IOC) deciding to go for a team event over a shorter distance for Paris 2024.

“I guess this is the end of the road for 50km so it’s a new life for me after this, we’ll see how it goes next year,” Boyce, with no hint of stopping, said.

Boyce carries ferocious willpower, mind always beating matter and with Sapporo’s temperatures hitting almost 26 degrees at 5am, the Finn Valley AC man – now a three-time Olympian – had to draw on all of it.

Boyce made up two places over the last 5k having been well within distance of the lead group for much of the way.

“It was a battle in the last few kilometres but I hung in,” he said

“The race tactics were good. It was kind of the way I planned – to go out steady and push through the race. It just so happened that everyone else had the same plan, so I was able to stick in the mix until about 38km and then just had to hold on then, and pick off any positions I could get a hold of.

“I made up two spots in the last two or three laps – I wasn’t giving up hope – a few guys ahead of me were struggling as well and I managed to pip a Polish lad to get the top 10.”

The Milford native passed the midway point in 20th in a time of 1:58:20 and this was his latest delivery on the global stage.

In 2019, Boyce finished sixth at the World Championships in Doha. The father of newborn twins, Boyce had to sacrifice on his way to Japan.

He said: “I feel like I gave everything, I worked for the top 10 definitely so I’m happy – happy to get that kind of a result in these conditions and back up what I did two years ago in Doha.”

Boyce has been vocal in his anger at the IOC’s decision to remove the 50k race walk from its programme.

He added: “It’s devastating to be honest. If you look back at the careers of 50km walkers it’s a long-term goal to win a medal. Rob (Heffernan) won his medal at his fourth Olympics.

“This is my third Olympics so I was hoping to go on and do one more. To have an opportunity taken way and a career ended by a political decision is tough to take.”