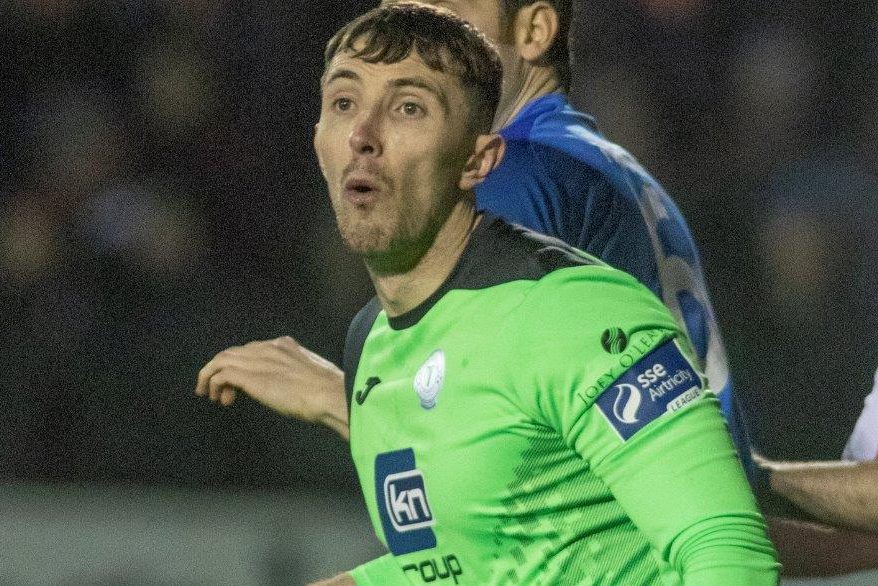 Watch: ‘Keeper McGinley reflects on wonder save in derby win

FINN Harps goalkeeper Anthony McGinley put a wonder save last night in Sligo down to ‘reaction’.

With Harps leading thanks to Kosovar Sadiki’s 47th minute header, Sligo went in search of a late equaliser.

Sub Mark Byrne thought he had levelled, but McGinley’s superb save kept the sheet clean and saw Harps hang on for a first League win since late May.

“It was one of those, a reaction one,” McGinley told Donegal Daily/Donegal Sport Hub.

“I stuck a hand out and managed to keep it out, thankfully. It was one of those ones where you react and thankfully it stayed out.”

However, Ollie Horgan’s men recorded a first win in nine League games to close the gap.

“We’ve been on a pretty bad run. We can’t be looking too much at other teams. We knew that we needed a result and needed one soon. Hopefully now we can kick on.

“We were disappointed not to be picking up results, but the morale was good and we have a good group. We just had to tighten a few things up.

“The big one was not to concede early. Ollie always says that the first goal is key. We got the first goal and managed to hold on. The boys put in a massive shift. We’re delighted to get the result.”