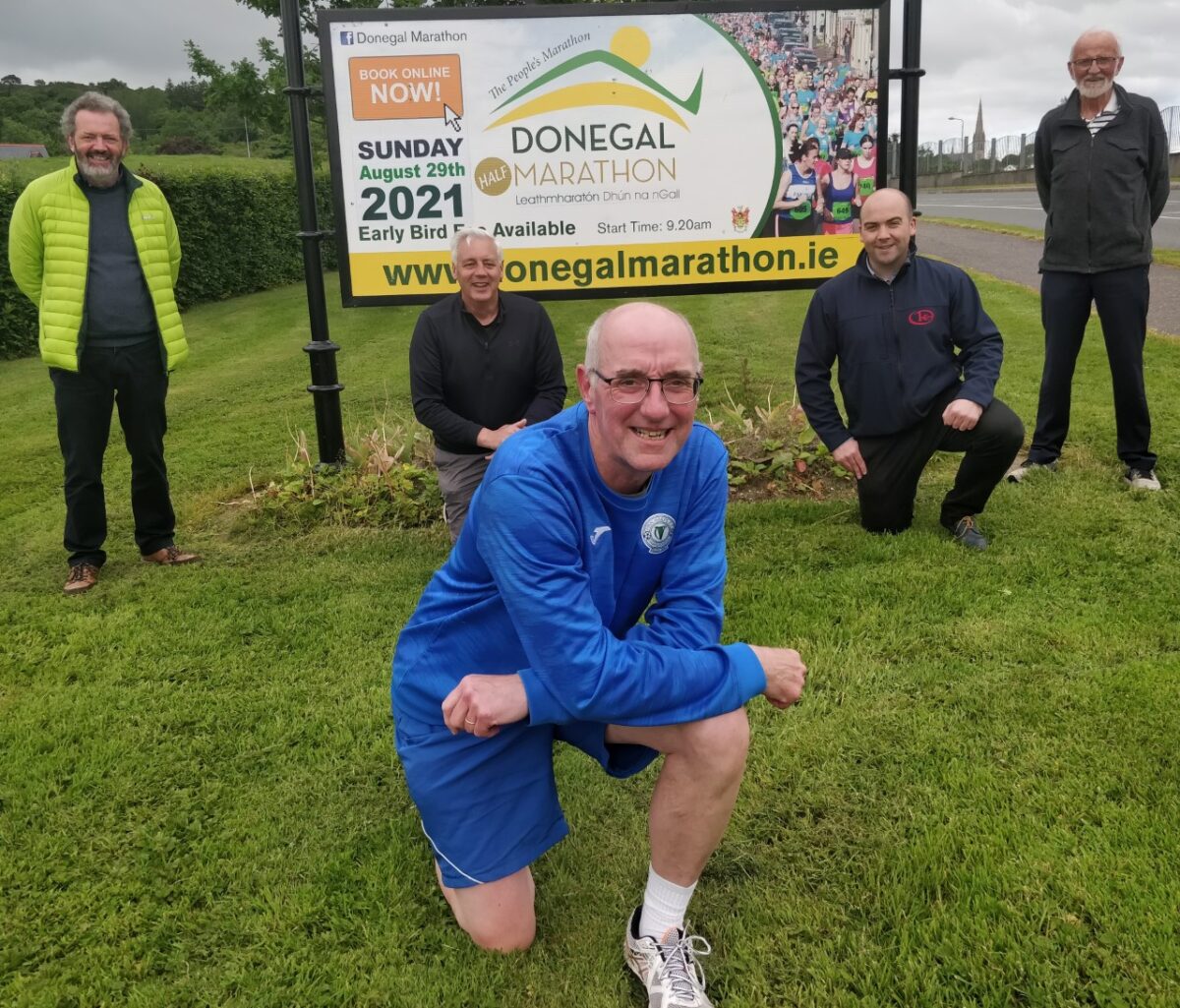 Donegal Half Marathon makes a welcome return on Sunday

Donegal Half Marathon ambassador, Danny McDaid, says he’s looking forward to the return of the highly popular event to Letterkenny on Sunday after a two-year break.

The race was cancelled last year because of the Covid-19 restrictions, having been held every year since 2014.

“It’s great to be looking forward to hosting the actual race again,” the double Olympian commented.

“The organising committee has been planning for Sunday’s race since the start of the year.

The fact that all 400 places have been taken and that the race was sold out two weeks out shows just how popular the Donegal Half Marathon has become,” he added.

“A lot of time, effort and energy has gone into making sure an event of this size is planned properly. We are extremely grateful to all those who have worked with us.”

The 2021 Donegal Half Marathon gets underway at 9.20 am at the entrance to Charles Kellys Builders Providers, Ballymacool with a loop of the town before going down Main Street to Conwall and Rashedoge and returning to Letterkenny via New Mills and along the Crieve Road through Rockhill, Bomany and Oldtown.

The race will finish at the Danny McDaid Track at the Aura Leisure Centre.

Traffic management will be in place between 9.00 am and 12 noon around the town centre and Newmills/Conwal and road users are advised to plan for some delays.

Those who have entered online can collect their goody bags at the Aura Leisure Centre between 2 pm and 6 pm on Saturday.

The organisers have teamed up this year with Fáilte Ireland and have adopted the theme of the Wild Atlantic Way.

The centrepiece of the finishers’ medal will depict an image of Fanad Lighthouse, one of the most iconic destination points along the Wild Atlantic Way in Donegal.

Anyone who can assist in any way on the day of the race should contact John Curran or Eamonn Bonner in the Donegal Volunteer Centre by emailing  info@volunteerDonegal.ie or john@volunteerdonegal.ie, or by ringing 074 9126740.

For the third year, the Donegal Half Marathon is being held in association with Kernan’s Retail Group, with support from Donegal County Council, Donegal Sports Partnership, Fáilte Ireland, Donegal Volunteer Centre and Optum.