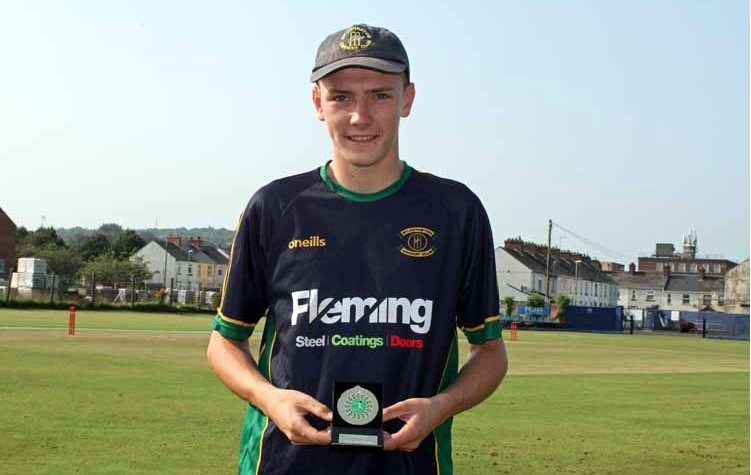 The tournament takes place at the Desert Springs Resort in Spain from the 17– 26 September 2021.

Promising St Johnston ace Macbeth is among the 14-player squad.

Macbeth played on the St Johnston senior side that won the Championship and Sperrin Springs Cup double.

Ryan Eagleson, Head Coach of Ireland Under-19s, said: “The last 18 months has been very challenging in terms of getting the players together for training squads.

“However, over the summer months we managed to play the new Cricket Ireland Future Series, as well as inter-squad matches against the touring Free Foresters. This gave us a chance to look at several players in competitive matches before we travel to Spain for the qualifying tournament.”