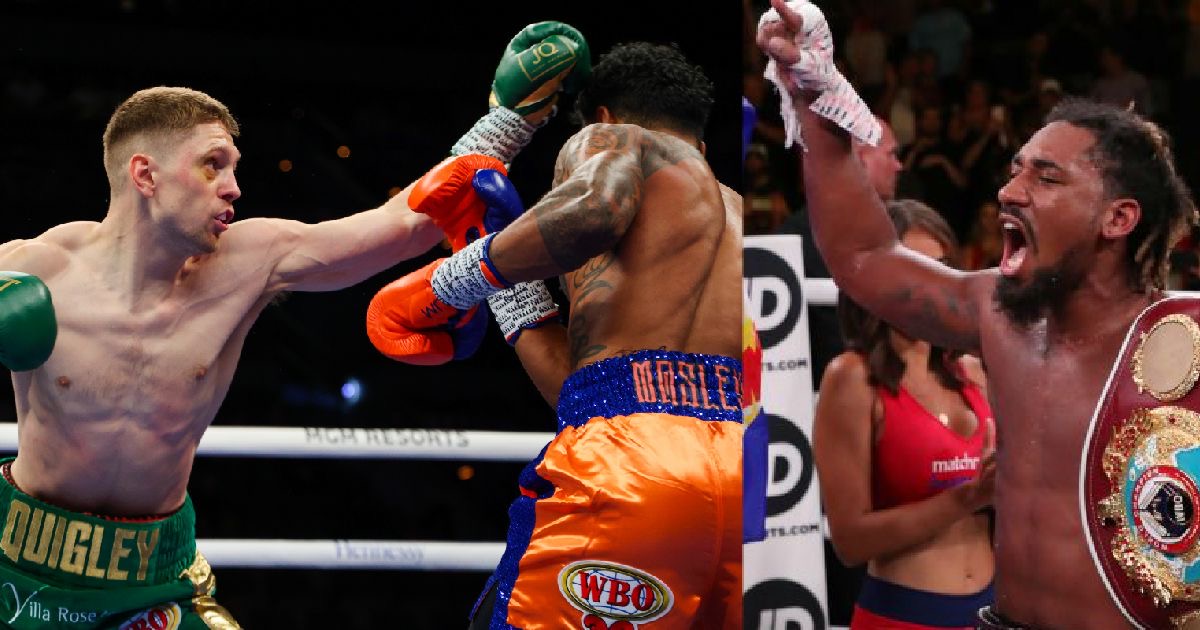 Andrade’s promoter Eddie Hearn yesterday confirmed that Andrade will make his return to the ring in November.

Quigley recently entered the top ten of the WBO world rankings and Hearn’s Matchroom Boxing, who promote Andrade, have been in touch with Quigley’s promotors, Golden Boy Promotions, and his Los Angeles-based management, Sheer Sports Management.

A Boston bout would tick boxes for the Rhode Island-based ‘Boo Boo’ Andrade and Quigley would command the backing of the huge Irish community in the city.

“This is a fight that would be huge on the east coast of America,” Quigley said.

“Andrade is an east coast man and think of all the Irish on the east coast. The fight would fill any arena in that part of America – every single Irish person there would be looking for a ticket.

“There’d be one hell of an atmosphere. It would be electrifying, especially after everything people have been through.  I don’t see why the fight can’t or won’t happen. It will be massive!”

The Andy Lee-trained Quigley (19-1, 14KOs) ended a 16-month ring exile with the impressive win over Shane Mosley Jr, an outing that represented his best performance since ditching the amateur vest in 2014.

The 33-year-old has held the WBO middleweight title since a 2018 win over Walter Kautondokwa in Boston.

Quigley said: “For me, it would be an unbelievable experience and a massive opportunity, obviously with a world title on the line. I believe now that I’m coming to the point where it is time to really get in there and mix it up.

“I respect Demetrius Andrade a lot. He’s a two-weight world champion and is a top class fighter, but I fancy my chances big time. I have been ready since my last fight. I’ve stayed in shape and I’m ready to rock and roll.”

Earlier this year, Andrade indicated his willingness to fight the Ballybofey man when he tweeted in response to Quigley: “You know what gotta be done…@GoldenBoyBoxing need to hit up @EddieHearn and @DAZNBoxing.”