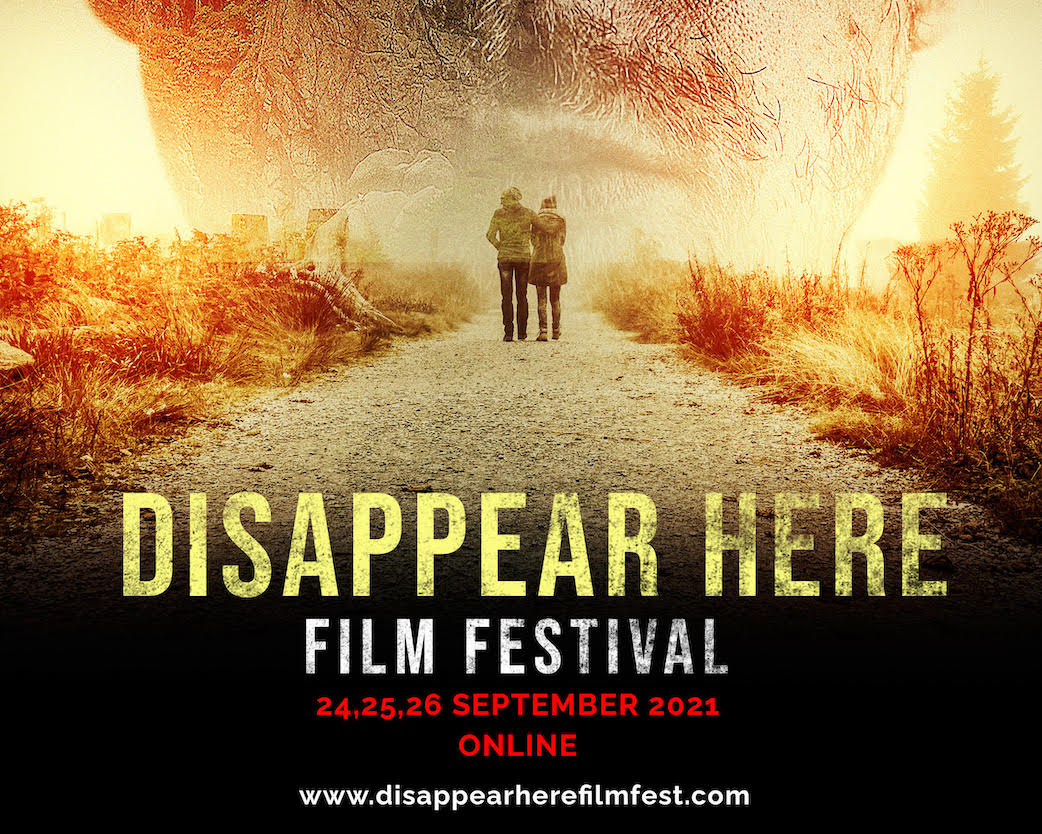 This year’s ‘Disappear Here’ Film Festival in Ballyliffin will be held online next weekend.

The committee was forced to pull the popular event in 2020, with less than 48 hours notice, as the government announced a specific lockdown for County Donegal.

Festival Director, Michael McLaughlin, spent the remainder of last year working with lobby group The National Campaign for The Arts (NCFTA) and was heading up the North West drive to ensure a swift return to live events. He is hopeful that, this time next year, they will be back to a live shared experience in Ballyliffin.

“Artists walk a very fine tightrope of survival, and Covid was particularly devastating for filmmakers, as they had to adapt in many cases without crew, equipment, or budget,” he said.

“This year we had lots of interesting work submitted that showed the resilience required to get films made during a global pandemic. In fact, if anything, Covid has created new forms of cinema and new ways of telling stories under restricted conditions. The number of documentary work we received this year was up by 20%, and this is reflective of the limitations of the national lockdowns.”

One such film screening at the festival this year, Is There Out Anybody Out There? – ‘Young Voices From Inside a Pandemic’ was produced by 60 students studying film at Trinity College, Dublin.

The documentary was imagined as a result of the school closing in March 2020, with students being asked to vacate their accommodation, and return home.

Using Skype, TikTok, WhatsApp and of course Zoom as the recording platform, we are thrust headfirst into a compelling look at how these individuals adapt to the new world order.

Closer to home, another fabulous local short documentary ‘Two Birds Sang’ looks at the lives of two Inishowen based artists, Ros Harvey and Tim Stampton. It shows how they came to open their Ballagh Studio and Art Gallery in Malin, and how the local landscape here acts as a constant inspiration to create.

In neighboring Leitrim, Director Johnny Gogan’s ‘Groundswell’ offers a fascinating look at the issues around fracking, both from international experience and the grassroots efforts to get the practice banned here in Ireland.

Many similarities spring to mind with the sterling work by local campaigners in the Micra ‘100% Redress’ movement.

The film highlights the ability of local communities to fight large corporations and win, no matter how stacked the odds against them.

“As usual we have had some great local work submitted, and we are delighted to be partnering with the Donegal Film Office again in 2021 to provide a €500 Bursary to an emerging new talent from either Donegal or Derry.” says McLaughlin. “The number of films submitted from the National Film School at IADT and the Letterkenny Institute of Technology is encouraging and the standard of the work is very high.”

Other works of note across the weekend include: A unique documentary on country singer Big Tom ‘Making Tom’, produced by his niece Taine King.

A compelling cross-border account of The Troubles as told by the now grandparents of the times to their younger family members, called ‘Border Tales’

‘Tras’ and ‘Let your Colours Run Free’ two films exploring life in rural Ireland for the non-binary and transgender community.

‘The Heart Of Camden, The Story of Father Michael Doyle and ‘An Bhearna Bhaoil’ This double bill looks at the lives of Irish people abroad, what inspires them to leave their homes and the impact they have on communities, and to those in need.

‘The Present’  This powerful Oscar nominated short, filmed in Palestine, shows us the humiliating and dehumanising controls at the notorious Israeli flashpoint, Checkpoint 300.

“Each year we look for the very best films that explore issues around human rights and social justice” concludes McLaughlin, “and this year is no different.”

“We have incredible Irish and International work that focus on topics from mental health, addiction and domestic abuse, to LGBTQ inequalities and the international fight for human rights. We salute all of the filmmakers that allowed our event to be the conduit for engaging our audience here in Ballyliffin, and for this 2021 online festival, all over the globe.

“We look forward to welcoming you all to this year’s festival, our biggest yet with 88 fabulous films for you from Ireland and around the world!”