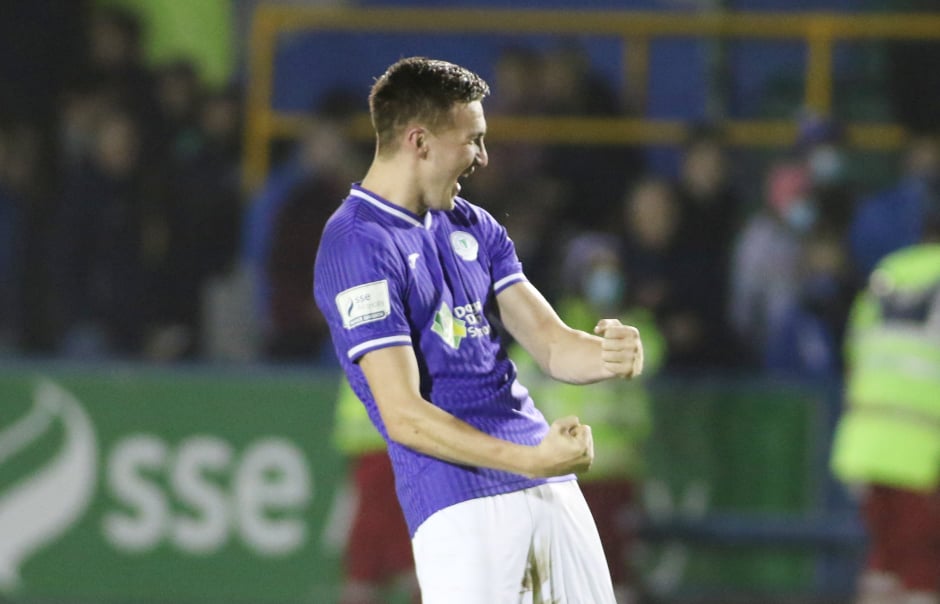 After pulling a goal back in the 84th minute, Boyd’s decisive 95th minute strike secured a dramatic draw.

“That’s what I come off the bench to do,” Boyd said.

“It’s what I planned to go out to do, even though I didn’t expect it to happen that way.”

Sean Murray drilled Dundalk in front and Hoban’s second, a 65th minute header, had the Lilywhites 3-1 ahead.

The ten men rallied and refused to wilt.

Boyd said:  “It was very impressive. The lads really dug in. There was a spell where Dundalk looked like they’d score more goals, but the lads dug in and defended well. They left it with a slight chance of doing something.

“Barry (McNamee) said to us: ‘go on and make a difference’.  That’s what happened and that’s why we have a squad.”

Boyd returned to Harps this season after over a year out with injury. The Dubliner suffered a ruptured cruciate and torn meniscus at the end of 2019.

He said: “I feel now I’m in a position where I can have a little push. I played against Bohemians on Monday and had to look after myself because it’s been a while since I played that long in a game.

“I want to play as much football as I can.”