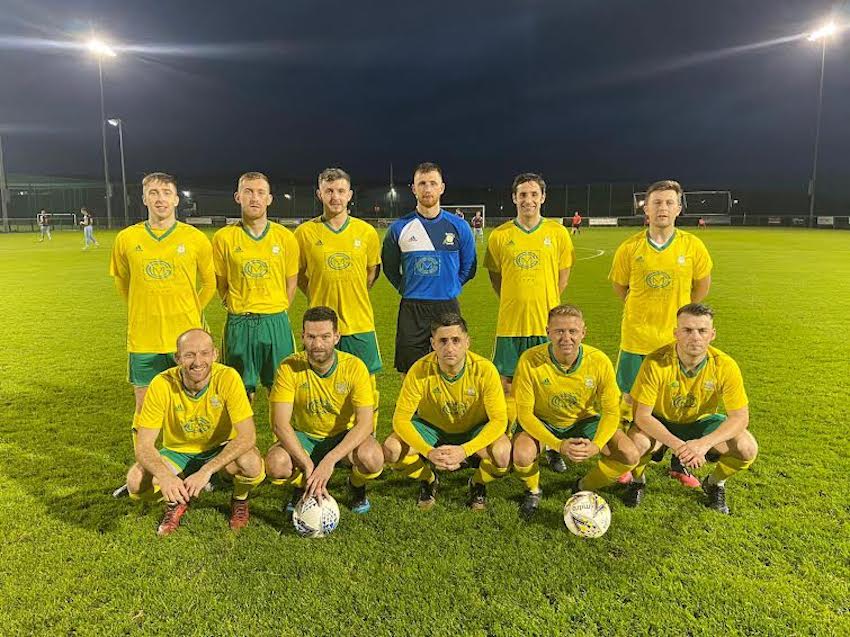 Larkin’s early goal proved the decisive strike in a game of inches.

Bonagee had several chances to put the game beyond Derry’s reach, but the young Candystripes were within touching distance of an equaliser in the closing stages.

Jason Gibson’s hosts, though, hung onto their advantage.

With Oisin Cannon unavailable to due college commitments in Dublin, Bonagee were able to call on Shaun Patton to wear the number 1 shirt.

And Patton was key in those late moments when Derry threatened.

Patton got his fingertips to a tidy Liam Mullan’s effort in the 94th minute, enough to touch it onto the post.

Also in a nervy conclusion, Patton saved a drive from Mullan and Bonagee managed to keep put the follow-up.

Both sides had encouraging League Cup campaigns, booking their respective slots in the semi-finals of the competition – games that will be played later in the season.

Chris Dillon and Larkin had attempts to double the lead before Patton was called into action by Caolan McLaughlin at the other end.

The likes of Jack Lemoignan, Michael Harris, Patrick Ferry, Orrin McLaughlin and Caoimhin Porter were unused subs and included in the Candystripes’ squad for their opening USL mission of the season.

Dillon arched a first-time attempt wide when connecting with a Michael Funston cross late in the first half.

McNamee was into the palms of Lemoignan when the former Candystripe was presented with a good opening before Dan O’Donnell riffled over the top as Bonagee began to push for a second,

Sub Aidan McLaughlin might have copper-fastened the win, but he headed wide from Jamie Lynagh’s cross before Funston riffled off the outside of the post.