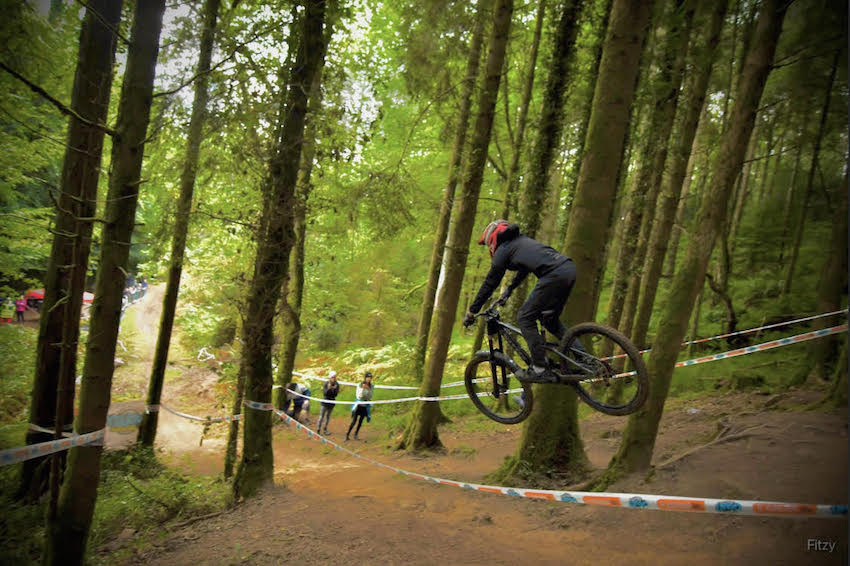 Carrick in Co Wicklow was the venue for for the Irish Downhill mountain bike championships and Inishowen rider Callum Morris (15) was determined to add the title to his enduro gold he won earlier in the season.

Preparations for the event were not ideal after he suffered a broken finger during a training session 3 weeks ago but the Vitus first tracks rider decided to push through the pain and give the race a go.

Saturdays practice was going well until a crash late on ended with some damage to the bike. New bars, brake levers and a rear tyre were fitted and the team got him back out for the last hour of the practice session.

Race day on Sunday seen changeable conditions with heavy rain showers and Callum put in a solid race run with very few mistakes and took the u16 title and an a very impressive 8th overall out of 230 competitors.

Team manager Glynn O’Brien said after the event “The 2021 season is coming to an end. Callum has had a fantastic year racing downhill and enduro all over Ireland and the UK. To top it off he won the National Downhill champs at the weekend in a very convincing way.

“The most impressive thing about this result is at the age of only 15 his time stacks up against the fastest riders in the country that are racing at World Cup level. The future is fast for this young man!”