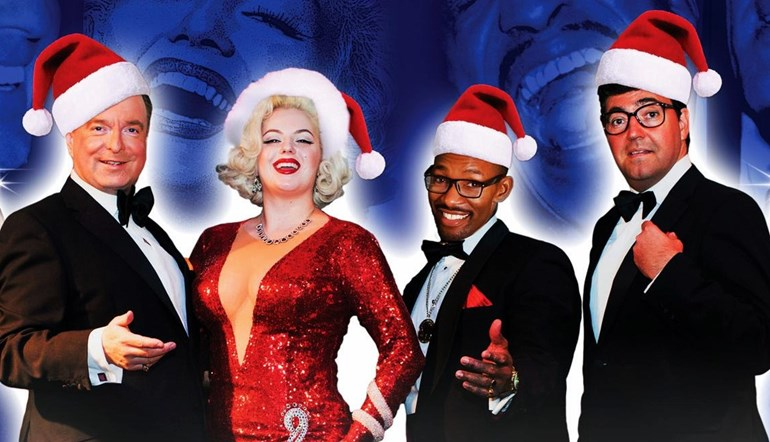 Direct from London’s West End, The Rat Pack are coming to An Grianan Theatre for a Christmas Special show on 18th December 2021!

Tickets for this glitzy and glamorous tribute show are out now on www.angrianan.com

The Rat Pack epitomised cool in the 1960′s. Their impromptu sell out shows caused a stir and attracted the rich and famous, it was a must have ticket to see these guys joke around and sing some of the finest songs ever written. This West End Cast faithfully re-created that, these guys are ‘The Original Rat Pack’ having been seen by more than 1 million people worldwide. 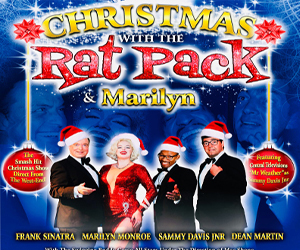 Together they amaze audiences with their recreation of a magical Christmas at The Sands with Sinatra, Martin and Davis in this sensational show which brings the style, glamour and excitement of the Las Vegas heyday to vivid life. Including all the great hits – My Way, Mr Bojangles, New York New York, Amore, Fly Me To The Moon and seasonal classics such as Winter Wonderland, Let It Snow and of

Joining them on stage is Marilyn Monroe who will be performing many of the great songs associated with Marilyn including: Diamonds Are A Girls Best Friend and “My Heart Belongs To Daddy”. She will also recreate an historic moment in Rat Pack history, by serenading a member of the audience with a special performance of Happy Birthday.  With the Christmas classics and the off the cuff humour will take you back to the Sands Hotel in Las Vegas to recreate RAT PACK CHRISTMAS SPECIAL