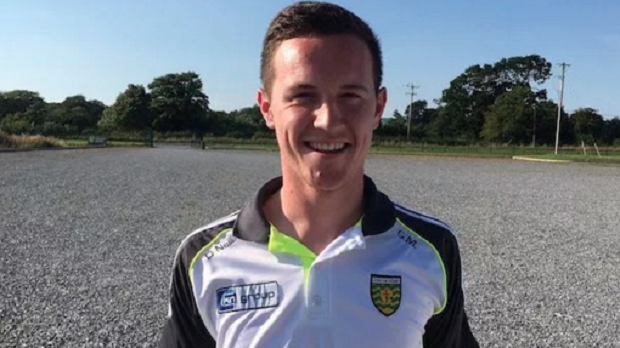 Gavin Mulreany was the hero as he made four penalty saves for the Irish Defence Forces to defeat the UKAF and win the 2021 Perpetual Friendship Shield.

The game was played at the home of Havant & Waterlooville FC and the Irish Defence Forces looked on the brink of defeat until Ryan Gaffney equalised to make it 2-2 in the dying seconds, taking the game straight to penalties.

The IDF took the lead within the first minute but were trailing 2-1 as the half time whistle went.

The late equaliser gave the Donegal Town ‘keeper Mulreany a boost going into the shootout and it was clear to see as he correctly guessed the right way and made an astonishing four penalty saves including three brilliant saves in a row to deny UKAF the win and then seal the victory for the IDF in sudden death.