Dazzling Dungloe take first title back to the Rosses

Dazzling Dungloe made history by deservedly taking a first ever Donegal hurling title back to the Rosses.

By Gerry McLaughlin at O’Donnell Park

And they were thoroughly merited victors against an Aodh Ruadh side who battled well but did not quite bring the intensity they would have liked to this thrilling affair.

This was a cracker throughout and even though the bulk of both teams scorers came from frees, there was some exhilarating passages of play from both sides.

Ritchie Ryan was man of the match for the winners landing 0-10 from frees, many of them he won himself and he was the greatest single threat to Aodh Ruadh, although he was not quite as effective when Aodh Ruadh’s Damien Cleary was switched on to him in the second half. 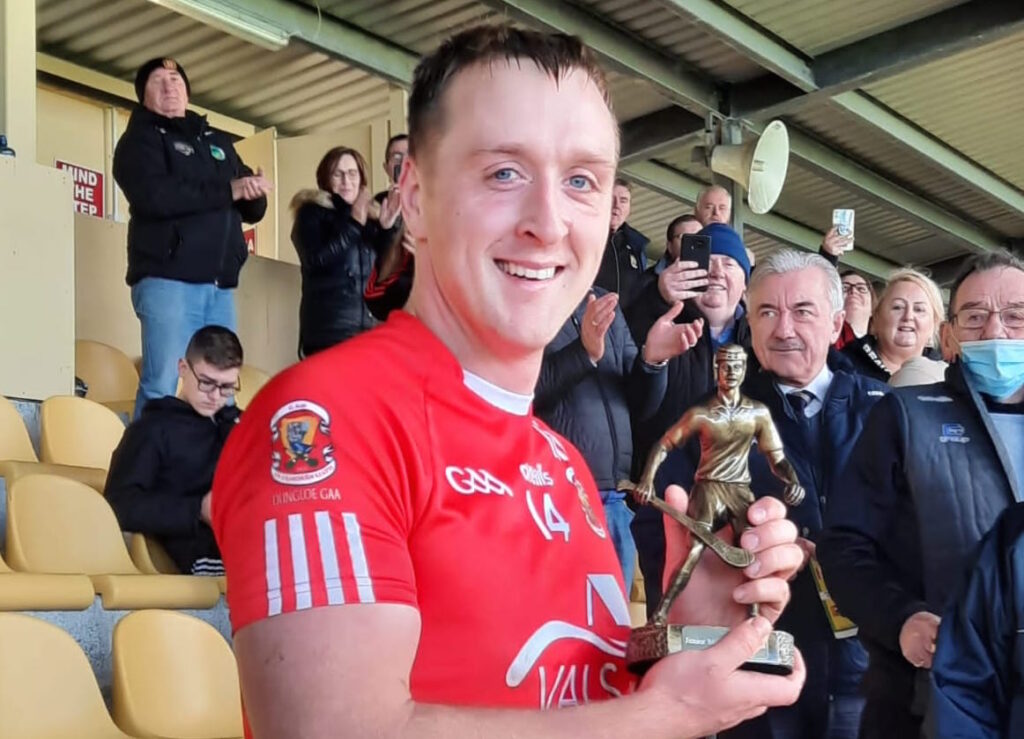 Dungloe had another hero in full back Mark Timoney, who was heroic as gritty Aodh Ruadh threw everything at them in those final frenetic moments.

But Dungloe sealed this corker with two great long- range points from Conor Diver and Brendan Boyle to clinch it for Ronan Mulligan’s men.

Gareth Sheerin was in deadly accurate from frees for Aodh Ruadh and struck 0-10 but they were just not able to get enough ball into star forward Oisin Rooney, who was well contained by a very well organised Dungloe defence.

His younger brother Senan played his heart out and carried the fight to Dungloe especially in the second half, but he lacked consistent support.

However, Dungloe would have been kicking themselves had they lost this one as they missed three great goaling chances to put real daylight between the sides.

And they also hit 11 wides to Aodh Ruadh’s seven. 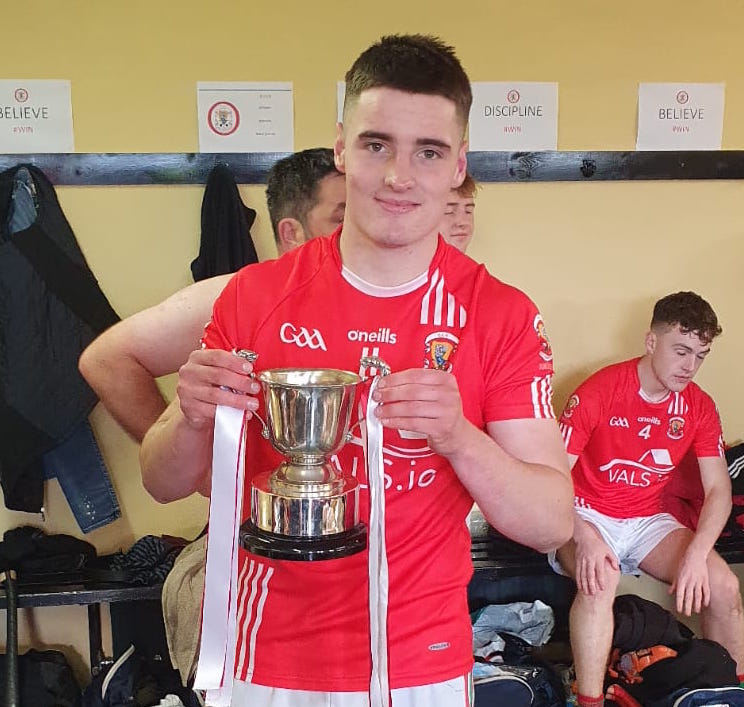 Dungloe settled swiftly from the throw in and Ritchie Ryan confidently drove over the opening point for Dungloe after just 20 seconds.

Aodh Ruadh then had a half chance of a goal when corner forward Pat Cassidy found himself on the end of a Senan Rooney free on the edge of the square.

For an instant chance of a goal looked on, but the corner forward was swallowed up by the Dungloe defence.

James Hartnett increased the Gaeltacht men’s lead after four minutes and Sheerin narrowed the gap but the inevitable Ryan edged Dungloe in front by 0-4 to 0-2, before we had the first piece of drama.

A long range free from Senan Rooney dropped at the feet of Aodh Ruadh veteran Ciaran Kilgannon who first timed the ball to the net to edge Aodh Ruadh in front.

Ryan replied in a heartbeat for Dungloe with Stephen Connolly pinging a fine point.

But the Gaeltacht men surged clear again when corner forward Shaun McGee found himself in loads of space inside the Ballyshannon defence and he hammered the sliotar to the net to put his side in front by 1-5 to 1-3.

The battle of the marksmen continued in the final ten minutes of the opening half with Ballyshannnon rallying well to go in at 1-7 each at the break. 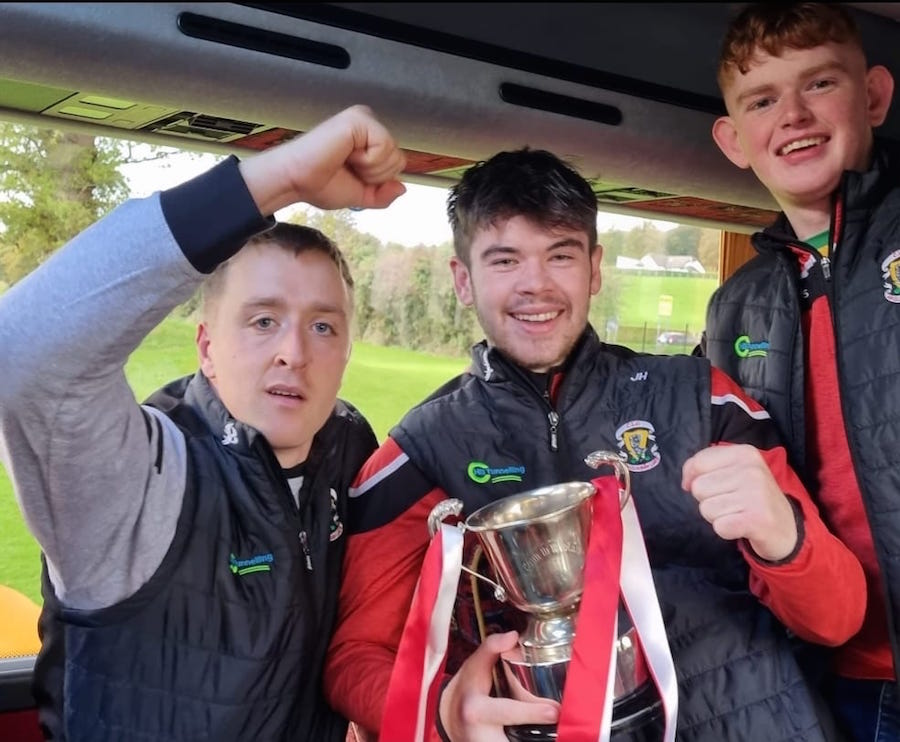 The tempo picked up on the resumption as both sides went for victory.
McGee had a great chance of a goal midway through the second half, but his screaming shot went over the bar.

But it was McGee’s second goal that effectively clinched this hard fought affair.

Aodh Ruadh were expecting Ryan to tap over a close range free, but he flicked the ball to the unmarked McGee who slammed the sliotar to the net in the 50th minute.

That cracker put Dungloe into a 2-10 to 1-10 lead and was the ultimate difference between the sides in a great advertisement for junior hurling.